A family business since 1922, Ugent's many and varied customers include Oprah Winfrey. 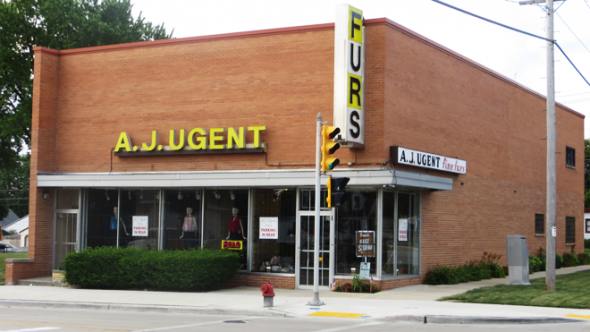 For much of the last century, a mink coat was the very height of fashion. Nowadays, fur clothing is not as popular as it was back in 1959, when the Milwaukee business, A.J. Ugent Furs and Fashions (8333 W. Capitol Dr.), opened its doors. Yet the store is still a success. Ugent Furs finds its success by cultivating a family atmosphere. Three generations of Ugents have been in the business and the current owners are Rodney Ugent and his sister, Lori Nashban.

There were originally three furriers owned by the Ugent family in Milwaukee, and the first such store opened in 1922, but presently there is only one left. Morris Ugent was the owner of Edwards Furs and his son, Abraham J. Ugent, started A.J. Ugent Furs and Fashions in 1959, and ran it until 2000 when the family business was passed onto Rodney.

Abe Ugent became one of the top furriers in the country, earning credentials as a master furrier. At 32, Ugent was considered the youngest furrier in the U.S., a Milwaukee Journal Sentinel story once recounted, and he later served as national president of the Master Furriers Guild of America. Abe passed that love of furs on to his children.

“All my kids, from little on, learned to sew on the machines and match furs,” Abe Ugent told the newspaper. “I didn’t push them, they were just around.”

Rodney has worked for Ugent furs since he was in middle school. “It’s an interesting business,” he says. “It’s fun, I enjoy coming here every day.”

After many years of experience, he has become an expert when it comes the quality of furs and how to care for them. “I go to auctions to buy mink skins…most of the skins I buy are raised here in Wisconsin,” he says. He still adheres to the principle of buying from North American countries his grandfather implemented when founding the family business. But finding North American made-furs is much more difficult today. “A lot of my suppliers are going out of business or they’re making things overseas,” Ugent explains.

Once the mink skins are purchased, Ugent furs sends it to their manufacturers with their own patterns. “All furs are custom made. There’s a huge differences in quality in mink. My coats are works of art and last 30 years, 50 years.”

Last winter’s very cold weather was good for business. “Last year we had a record year for selling furs because of the cold.” Ugents sells roughly 300 coats every season. “A fur coat can cost anywhere from $500 and up.” 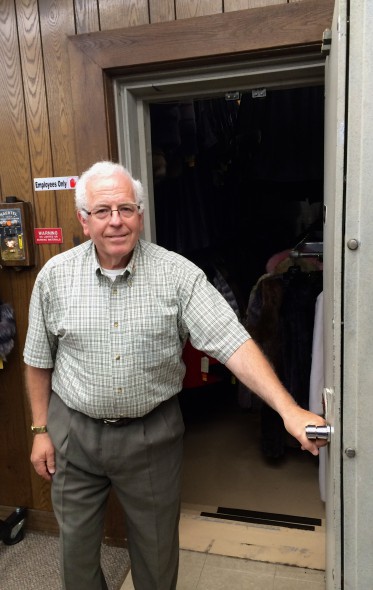 Ugent’s also mends, cleans and stores furs to ensure they have a long lifespan. “Heat and humidity can ruin furs,” he notes. The store’s vault where furs are stored “is 50 degrees in temperature but 40 percent humidity,” he explains.

Ugent Furs stores and makes furs for customers across the country. “People mainly hear about us over the internet and by word of mouth.” Ugent stores approximately 5,000 coats every season for various customers, including Oprah Winfrey’s fox coat that she wore in the movie, The Color Purple. Ugent says Winfrey’s coat is stored at Ugent Furs every year.

Though the store bears the name Ugent, “my employees are like family,” says Rodney. “Many have been with me for many years. My younger employee just celebrated 40 years working. I have employees in their 80s.” He says Ugent’s tight-knit work environment is a key reason for its success.

Another interesting thing about the business, Ugent notes, is finding things people leave in their pockets when they bring furs in to get serviced. “A few weeks ago I heard some clanging in my machine and it was bullets. It turns out [the owner of the coat] was an undercover detective who wore her fur coat to a stakeout and forgot to take the bullets out of her pockets… I want to write a book entitled what I find in pockets,” he jokes.

Indeed, the store serves a wide range of customers. “The biggest misconception is that it’s only wealthy people that come in here, but it’s all walks of life.” While most people are looking to buy a winter coat, Ugent says, there are many people who come in just to look or talk. “There is a little girl next door who comes in here. She knows this is a safe place to come when her mother or grandmother aren’t home. Other people just want someone to talk to,” he says. “So I listen.” 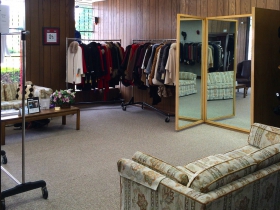 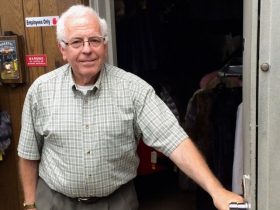 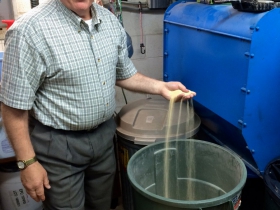 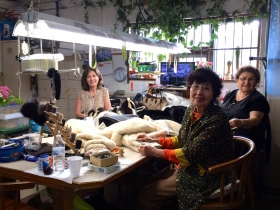 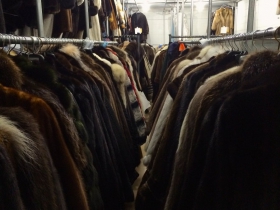 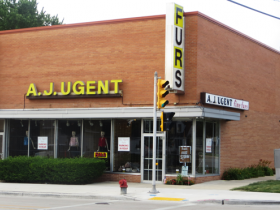