GermanFest, the Most Authentic Ethnic Fest?

Good food and music led the way at the 35th annual festival. 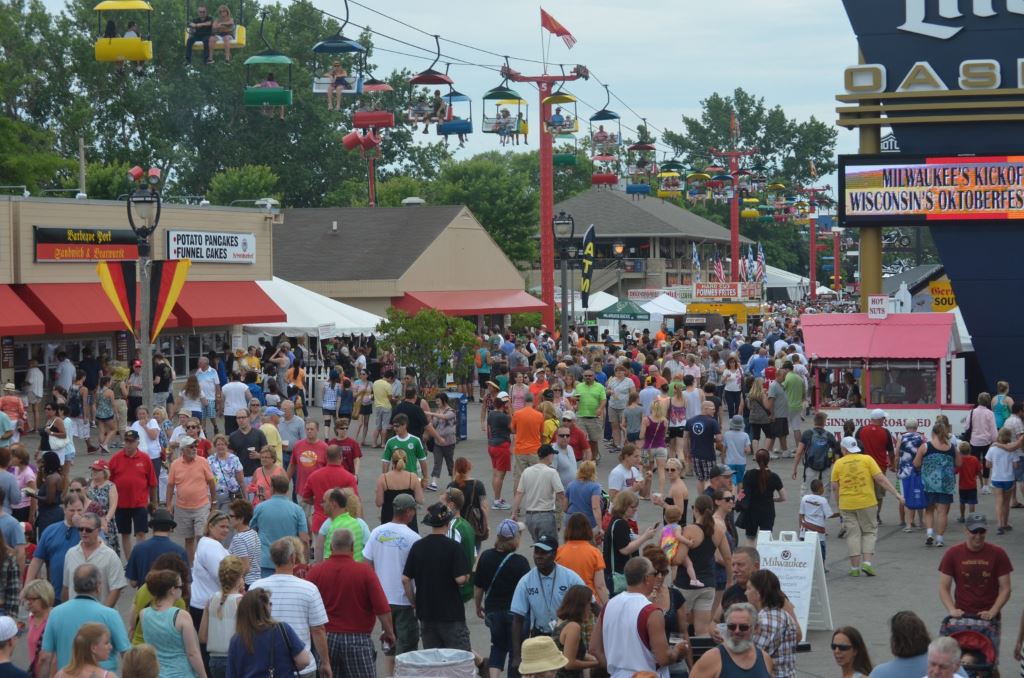 German immigrants were responsible for much of the growth of Milwaukee during its formative years. As John Gurda, author of The Making of Milwaukee, once said, “[They] found their way to Milwaukee, where they established music societies, theater groups, schools and other organizations that made their new home the ‘German Athens’ of America.” So it comes as no surprise that GermanFest is one of the biggest and most anticipated festivals in the Milwaukee area. I attended the fest Sunday, and I can safely say it carries on its 35-year legacy very well.

One thing that GermanFest has all over the other ethnic festivals at the Henry Maier Park is the abundance of dachshunds. Sunday’s biggest events involved the little dogs. While Dachshunds originated in Germany, I don’t think the events involving them are all that authentic. The Dachshund Derby is exactly as it sounds: one owner lines up their dog along a line while their partner calls them forward. After being blessed by a priest, the dogs are released and hilarity ensues; dogs either scurry over to the other side, get distracted, wander about, or any combination of the three. Even the GermanFest Mascots got in on the action. And right afterwards, the dogs dressed up to the nines for the costume contest. First place was awarded to the dog dressed as a chef pulling a wiener cart.

All of those sausage-like dogs made me hungry, and luckily for me, GermanFest was in no shortage of delicious food. Café Konditorei offered a delicious variety of bakery. I decided to try a slice of the Black Forest Torte. Four dollars for slice may sound a bit too expensive, but they don’t mess around at that place. The cake was moist without being too spongy, and the cherry filling tasted like real cherry preserves.

After a few more hours of festivities, I got a taste for some schnitzel. I decided to get my schnitzel fix at Schwabenhof, whose mother restaurant is located on N56 Silver Spring Dr., Menomonee Falls, WI 53051. For seven dollars, you can get a piece of schnitzel on a Kaiser roll with a pickle spear. However, I opted to go for the nine dollar dinner, which sacrifices the Kaiser roll and pickle spear, but adds red cabbage drenched in vinegar and a dumpling surrounded by gravy. The schnitzel was golden and crispy, and it’s best with a bit more salt and gravy from the dumpling. The dumpling was fantastic as well; you can actually see bits of fluffy bread inside. The red cabbage was a bit too acidic for my tastes, but that’s just the nature of the dish. Overall, this is some of the best festival food you can find.

Compared to Festa Italiana the music was better. Many of the bands at Festa were either tribute or cover bands. At GermanFest, however, there wasn’t a time or place where you weren’t hearing authentic German music, whether it was from a live band or from a speaker. Bands included Alte Kameraden, the Jerry Schneider Band, and Johnny Wagner. Even along the lakefront, you can hear the adorable yet electronic sound of the street organs, some of which were made in the 1910s! For some of the acts, you may have had the opportunity to catch some lively dancing from the Donauschwaben Youth and Adult Dancers, the PTF Tanzdeel Dancers, D’Oberlandler Children and Adult Dancers, Holzhacker Buam Dancers, and more.

A small parade makes its way down the promenade of the Henry Maier Park at least once every day during the festivities. I got a chance to catch the Children’s parade, filled with kids looking adorably miserable in their sweet yet stuffy outfits.

While I had fun at GermanFest, it doesn’t offer the variety of some other festivals. Unlike Festa Italiana, which had a marketplace, cooking demos, flag-throwing, and impromptu dancing to entertain guests, the main things to do at GermanFest are eating, drinking beer, and listening to music. Still, what GermanFest lacks in variety it more than makes up for by providing a pretty authentic version of a Teutonic summer festival. 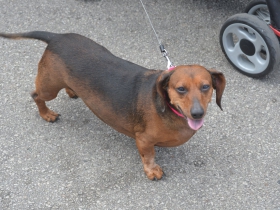 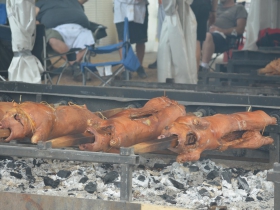 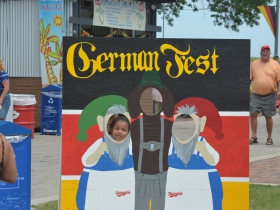 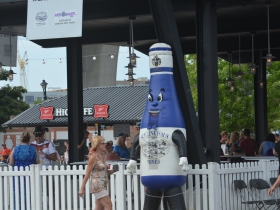 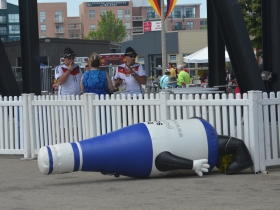 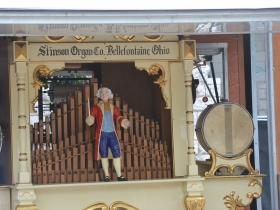 9 thoughts on “Photo Gallery: GermanFest, the Most Authentic Ethnic Fest?”