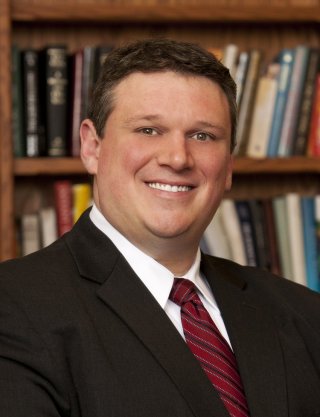 A trivia question: Name the oldest state agency, and a quite tiny one at that, now in the news because it’s being eyed as the source of a $150 million loan or bond sale to help build a new Milwaukee Bucks arena.

Stumped? Nobody else can name it, either.

*The agency has assets, including some timber lands deeded to the state by the federal government in about 1850, that total about $1 billion.

*It has 10 staff members, and is run by three constitutional officers – the attorney general, secretary of state and state treasurer.

*It pays for itself, awards schools and libraries millions of dollars a year and loaned municipal governments $78 million last year. The $1.1 billion it lent over the last 10 years included $220 million in economic development loans. In its 140-year history, the agency has never had a loan default.

*It loaned $67 million to help remodel the Green Bay Packers’ Lambeau Field – a loan that earned $11 million in interest and was repaid by a Brown County sales tax.

Answer: The Board of Commissioners of Public Lands (BCPL), which has been around since 1848, when Wisconsin became a state. It’s operated pretty much on automatic, under-the-radar pilot for all those decades – except in recent months.

How ironic: Scientists around the world debate and research climate change, and how it may or may not be hurting the environment. But employees of the Wisconsin state agency that maintains about 77,000 acres of timber land cannot engage in any on-the-job discussions of potential impacts of climate change on those same woodlands.

Another irony: The vote limited the on-the-job conduct of Nelson, daughter of the father of Earth Day, the late Wisconsin governor and then Democratic U.S. Sen. Gaylord Nelson.

Last week, his daughter again fended off criticism from the conservative Adamczyk, who also wants to save money by not filling two vacant BCPL jobs.

Adamczyk and La Follette have a lot of time on their hands. Past legislators and governors have stripped their offices of almost all functions except serving on the BCPL. It would take a constitutional amendment to get rid of those two jobs, however. Adamczyk laid off workers when he took office in January; he’s now the sole employee in the state treasurer office.

Last week, the treasurer again said Nelson wasn’t working for taxpayers when she served, at the request of Democratic Gov. Jim Doyle, a close friend of her father’s, on a state advisory panel on global warming. Nelson said that the advisory panel has since been disbanded, so her work ended years ago. And, she said, all three BCPL members – LaFollette is the only one still on the board – then knew what she was doing and did not object.

Nelson adds that she is working an average of 55 hours per week. “I do what’s necessary to get the job done…I’m certainly putting in a lot of extra hours.”

“Tia doesn’t punch a time clock. We’ve never expected her to,” said LaFollette, whose service on BCPL dates to 1975. “This is foolishness.”

But, Adamczyk insisted, the debate over climate change “has nothing to do” with BCPL’s mission, which is managing land and other public assets to return the most cash to schools and libraries.

Regarding the issue of how her agency might help finance a new Bucks arena, Nelson said BCPL has about $50 million that could be quickly available. If legislators want the agency to come up with an additional $100 million, she added, it would require a more complex deal like selling bonds.

Citing the Lambeau Field precedent, Schimel supported finding a way to use BCPL assets to help build a Bucks arena. “We would be the last money in,” he noted, and as with Lambeau, tax money (from the state income tax) would repay the loan. And so far, at least, the NBA arena doesn’t appear to raise any questions related to global warming.

Steven Walters is a senior producer for the nonprofit public affairs network WisconsinEye. Contact him at stevenscwalters@gmail.com

One thought on “The State of Politics: The Capitol’s Biggest Soap Opera?”