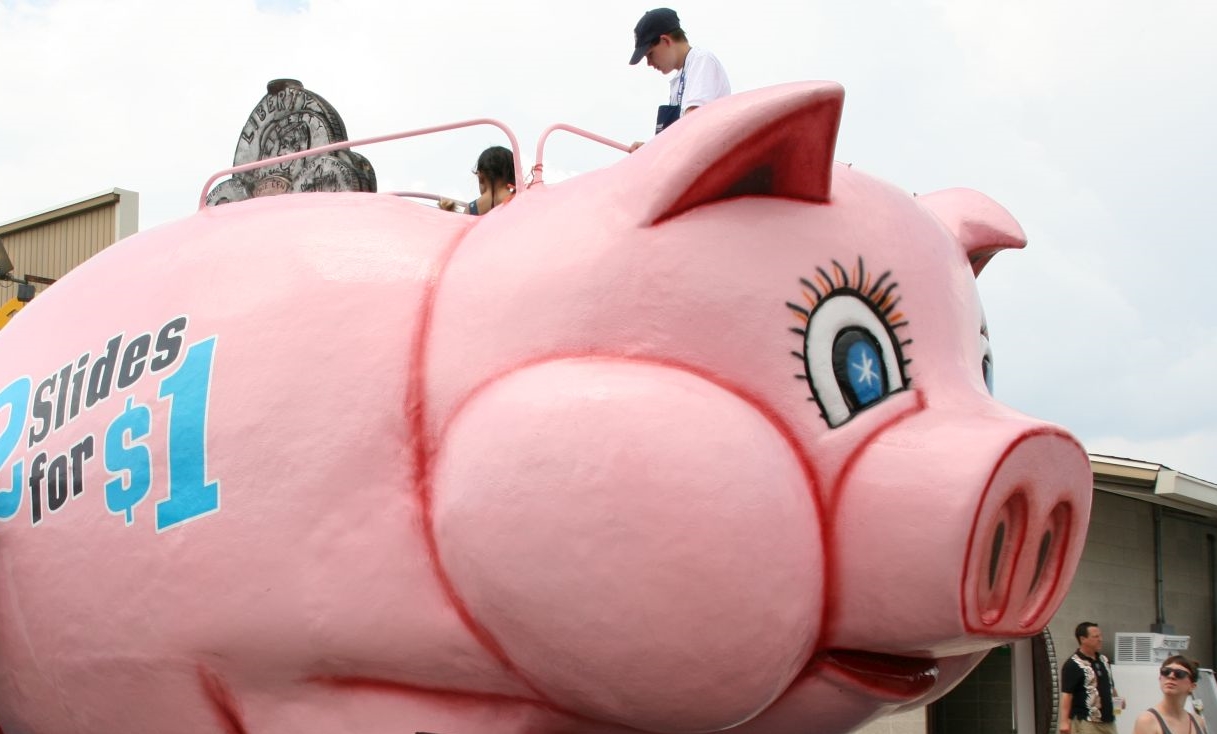 Wisconsin has always been a state that’s too pure for pork. Voters here never seem to reward or punish a U.S. Senator or congressional representative based on whether they can deliver federal programs or funding for Wisconsin, and that’s been true seemingly forever.

As veteran journalist Marc Eisen wrote in a column for Milwaukee Magazine in 2009, “There’s something deep in the Wisconsin character, a Badger thriftiness and sense of political rectitude, that seems to recoil at the notion that politicians should bring home the bacon. No one understood that better than puritan [and Democrat] Bill Proxmire, whose long senatorial run was marked by his temperance crusade against government waste.”

As Eisen noted, this aversion to scoring federal funds has been a bipartisan one, which might help explain why Wisconsin has always trailed most states in federal dollars received. When the Wisconsin Taxpayers Alliance has looked at such data, “the findings are usually the same” for Wisconsin, says WisTax president Todd Berry. “Not too hot.”

A recent analysis by Wallet Hub found that states like New Mexico, Mississippi and Kentucky did best at grabbing federal spending while Wisconsin ranked behind 32 states.

If anything, state voters’ apathy about getting our share of the federal pie has been heightened by conservative suspicions of Democratic President Barack Obama. Indeed, it was just a year ago that some Tea Party Republicans pushed to approve a resolution declaring Wisconsin’s right to secede from the federal union.  The idea was repudiated by most Republicans, including Gov. Scott Walker, but this sort of sentiment helps provide support for his repeated rejection of federal funding, which somehow wins him political points for assuring that state residents get less return for federal taxes they pay.

As Milwaukee County Executive, Walker declared he would not accept federal stimulus funding and blasted Democratic Gov. Jim Doyle for doing so. In his book, Unintimidated, he argued that the “‘free’ money from Washington wasn’t free.” He noted for instance, that “once the highways were built… the stimulus funds would disappear and Wisconsin taxpayers would be left… to maintain the new roads.”

Of course, that’s true of any new highway built in the state, and is why the state should avoid overbuilding. But if you’re going to build, and clearly Walker favors more highways, why not pay for it with federal spending that your state’s taxpayers helped underwrite?

Walker ran for governor in 2010 arguing against the high speed rail project that Doyle had undertaken. As his opponent Mayor Tom Barrett pointed out at the time, Wisconsinites were paying $140 million in federal taxes for the entire federal high-speed rail program, but were getting $810 million for a rail line better connecting Chicago to Milwaukee to Madison to Minneapolis. Quite a deal. And the annual operating costs for this were estimated at $1 million a year.

Walker constantly repeated the mantra that high-speed rail would cost $7.5 million a year for its operating costs, but 80 percent of that would have been covered by federal funding, experts said. (The Milwaukee Journal Sentinel never reported this during the gubernatorial campaign, but as soon as Walker was elected and it was clear he would reject high speed rail, the paper did numerous stories reporting that the operational costs for the state would be minimal.)

Having gotten away with this once, Walker again used this argument to reject federal funding to expand Medicaid in Wisconsin, which has lost the state some $500 million. Walker argued that the federal government could some day revoke Obamacare, but that clearly won’t happen while Obama is president, meaning at least four years of lost funding.

Walker is also going out of his way to slash federal Supplemental Nutrition Assistance Program or SNAP benefits for poor people in Wisconsin. Under his new approach, any able-bodied adult without children who is not working at least 20 hours per week a total of 90 days in three years will be dropped from the program. Walker argues that a SNAP benefit of $123 month or $1,476 a year makes these people so comfortable they won’t look for work. But how then do they afford to rent an apartment, buy clothes and other necessities?

For felons who have great difficulty getting jobs, for low-income people who have better luck getting an off-the-books job in the underground economy, for anyone fired who has trouble getting another job within 90 days, too bad: They will be dropped from the program. That’s bad for them, but worse for state taxpayers: The staff and administrative costs needed to cut 62,000 people from the program will cost the state $58 million. This money will be spent to lose $92 million in federal SNAP funding, which in turn is estimated to generate $166 million in economic activity.

Last week we learned that Walker’s budget will cut $5.7 million in state funding to reduce rural and urban runoff pollution. That may sound unimportant but such runoff or “nonpoint” sources accounts for nearly 90 percent of all water pollution in metro Milwaukee and has created a huge “dead zone” — so lacking in oxygen it can’t support most aquatic life — in the Green Bay portion of Lake Michigan. It is the major water pollution problem facing the state.

Fighting this pollution was a high priority for the state Department of Natural Resources, its Secretary Cathy Stepp has recently said. (In this another case where Walker’s budget cuts to her agency caught Stepp unawares?). About $2 million of the money cut goes for grants to groups combatting urban or agricultural runoff, and another $1.5 million goes to state agencies or nonprofits for research, education or technical assistance to help solve the problem.

Typically, such funding can be used to match federal money when applying for federal anti-pollution money. Federal grants routinely require a 50 percent match, which means it’s quite likely this $5.7 million will result in a substantial loss of federal money as well. (It remains to be seen if the huge proposed cuts for UW System funding — if they are adopted — will result in less federal dollars for research flowing to UW-Madison.)

There are times when Walker’s rhetoric suggests state government is an island, rather than part of a federal system and interconnected with local governments. The $5.7 million reduction will also trim funding that pays for the salaries of 12 to 18 county land conservation staff, according to Jim VandenBrook, Executive Director of the Madison-based, Wisconsin Land+Water, which works with 450 Land Conservation Committee statewide. The staff getting cut, he says, “are the folks that work directly with farmers to get conservation on the land.” Without them, federal incentive monies that help pay for efforts to reduce agricultural runoff will “go unspent,” he adds.  Actually they will be spent — in other states.

But we can all feel morally pure for rejecting all that silly federal money — and its beneficial impact on Wisconsin’s economy.

33 thoughts on “Murphy’s Law: Too Pure for Pork”