Yet it has no official happy hour. But they do have drink specials so you can create your own good time.

There are a number of things that set Milwaukee apart from our big city neighbor to the south, Chicago. Besides a beautiful 1920s movie palace (The Oriental), free overnight street parking on Saturday, and humility, we also have the ability to change the price of a drink for a certain period of time during the day. That’s right, among the list of weird Chicago laws is a ban on happy hours. So it’s with great pride that I pen this weekly column highlighting the many deals available throughout our city, and it’s always disappointing to discover a fine establishment without a happy hour. Such is the case with The Vanguard, an excellent specialty sausage spot in Bay View at 2659 S. Kinnickinnic.

Since opening last Halloween The Vanguard has generated a lot of buzz with their unique take on a Wisconsin institution, the sausage. They serve your standard tubed fare, plus mouth-watering combinations of more exotic meats, like lamb, duck and camel sausages, served with interesting toppings. They also have arguably the best poutine in the city (maple syrup braised duck, cheese curds, fries, topped with a veal and onion gravy). Last week I wrote about how Steny’s is basically a Canadian bar with their Bloody Caesars and love of hockey, but The Vanguard actually feels like a trendy Toronto bar/restaurant.

Yes, The Vanguard is a hip place. So hip in fact, that Monday from 5-9pm Jack White’s Third Man Records Rolling Record Store was parked outside. When I arrived the line was halfway down the block and an employee came on their PA to announce they had sold out of yet another record. The sight was somewhat perplexing; instead of a food truck parked outside of a record store, it was vice versa. Though The Vanguard does not currently have a food truck, they make the kind of high-caliber comfort food perfectly suited for one (an idea for the summer perhaps).

A lack of happy hour notwithstanding, you still can drink on the cheap at The Vanguard. It’s safe to call it a bourbon bar, considering they have 65 varieties. Each day of the week has its own bourbon deal, with $2 shots, $3 drinks and $4 pours ($3, $4, and $6 on Friday and Saturday). Bottles of PBR, Rhinelander and cans of Milwaukee Classic Lager are always $2. They have 8 cocktails on tap, all about $8, which change seasonally and will be replaced on May 1st (as will some of the food options), except for the Old Fashioned and Manhattan.

Inside The Vanguard. Photo by Joey Grihalva.

Their 12 draft beers are pretty set and feature some exceptional selections like Unibroue Maudite (a strong Belgian-style amber from Quebec, perfect with a poutine), the (actually Belgian) Corsendonk Abbey Ale, Surly’s Mild English-style session ale, and St-Ambroise Oatmeal Stout on nitro, which I paired with a poutine at Red Lion back in January.

The Vanguard has a carefully curated collection of bottles and cans, balancing classic domestics, American craft, 15 different Belgians and 7 other internationals. Aside from all the bourbon, they have 40 brandy/digestives/liqueurs, 22 rye whiskeys, 17 American whiskeys, 11 Scotch and single malts, 11 gins, 9 vodkas, 9 tequilas, 7 rums and 5 Irish whiskeys. Wine options are scant, but 3 reds and 3 whites plus a sparkling should do. (There is red wine + short rib sausage in the “Bachhuber Express,” if that counts.) So really, it would make a lot of sense for the place to add a happy hour.

Sausage makes up the majority of The Vanguard’s offerings, but that isn’t to say it’s a meat eaters-only club. They have a vegan chorizo, vegan Italian, a combo of the two, and any of their 10 “Styled” toppings can be done on a vegetarian sausage. Plus, they have 8 tube-less choices, including burnt ginger tofu, deviled egg of the day, and popcorn pork belly. They are open for lunch (11am) and keep cooking until late (2am!) everyday, with orders to go. The Vanguard is one of those spots where every menu item intrigues me and they rotate some of them, so I’ll be back on the regular. Maybe by the time I’ve tried every item they’ll have a happy hour. 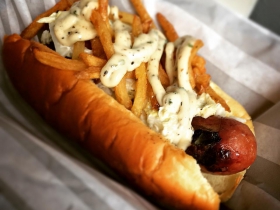 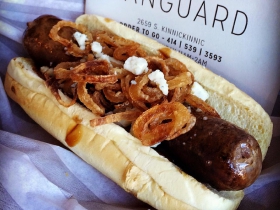 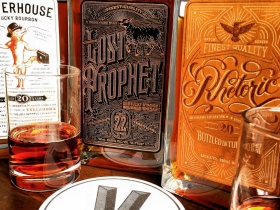 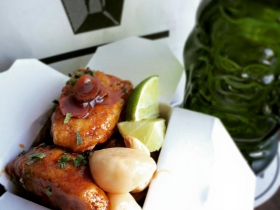 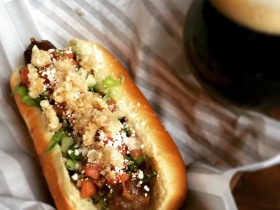 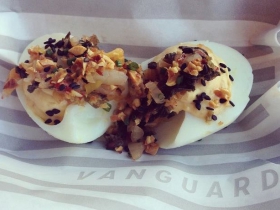 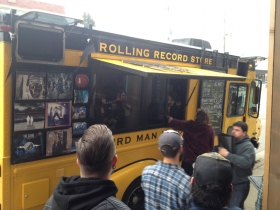 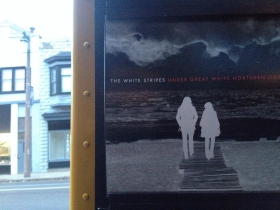 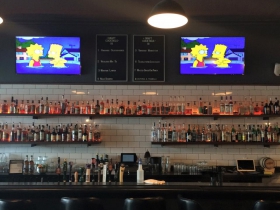 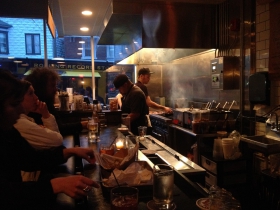 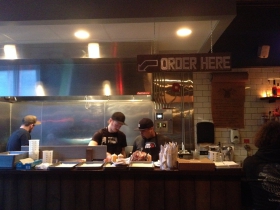 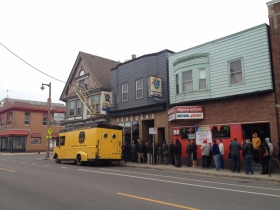