Over the weekend there was an explosion of local music in the form of the inaugural Arte Para Todos music festival. It spread the vibrations over three neighborhoods and managed to raise $20K for three Milwaukee-area schools. There are a number of factors responsible for the rise of the local music scene and one of those has to be the emergence of 88Nine RadioMilwaukee. As much as I miss having a dedicated jazz station in the city, the switch to an eclectic alternative station that actively promotes local artists has been a boon for the scene.

If late nights at intimate clubs and bars isn’t for you, there’s another way to get to know the local music scene. Every Thursday at 5:30pm RadioMilwaukee hosts 414 Music Live in their Walker’s Point studios (220 E. Pittsburgh Ave.), which opened in October 2013. It’s a live broadcast from their Community Room that includes a conversation and performances from a different local act each week, which is free to the public. The adjacent Stone Creek Coffee is an intricate part of the RadioMilwaukee operation and during 414 Music Live they feature a $1 off MKE beer happy hour, which runs from doors at 5pm to the end of the segment at 6pm.

I stopped in last week for R&B/soul singer Lex Allen’s appearance on 414 Music Live. Allen tore it up with two of his New Age Narcissism brothers (Q.The.Sun and Lorde Fredd33), eliciting crowd participation, applause and spontaneous foot-stomping. Stone Creek’s RadioMilwaukee cafe has the most basic of alcohol licenses, which allows it to sell just beer and wine. The MKE beer on special was a Hop Freak tallboy, a hearty double I.P.A. All their beers retail for $5 any given hour. They currently have two from Lakefront, Louise’s Demise and Bridge Burner. In addition, they carry New Glarus Cabin Fever, Omission Pale Ale (gluten-free), and Wyder’s Barrel Aged Hard Cider. If you’re just a wee bit thirsty they even have $2 Rhinelander “shorties” (7oz).

They also feature a $4 beer anytime, which rotates with no regularity, just whenever they have leftovers from a RadioMilwaukee party. They threw quite the Mardi Gras bash last month, so you can sample a New Orleans craft brew from Bayou Teche called Courir de Mardi Gras, while supplies last. If wine is your jam, they have three reds and three whites, running $7 a glass and $30 a bottle. But let’s be honest, a place that opens at 6:30am (7am on the weekends) and closes at 7pm specializes in coffee, not booze. Their roasted bean game is next level, with slow drip, manual cups only. Plus, cold brew on tap and a plethora of tea.

The RadioMilwaukee Community Room is a wide open space, with garage doors that rise up revealing the Mind Pool stage. The wood gives it a cozy, rustic feel, while the rest of the studios are considerably modern. Bring your beverages and find a seat, or stand at a table and feel the melodies heat up the room like a splash of steamed milk. Any day of the week the cafe is a sunny place to sip and work, read, chat with a friend or just listen to the broadcast happening a hundred feet away.

The production duo Kiings are the guests on 414 Music Live today, performing a few songs with additional singers/rappers off their new album WWYDF, before their release show tonight at Hotel Foster. Next week the epic rock collective Altos will manage to get all their members (a few shy of 20) on the Mind Pool stage before their record release show at Company Brewing on Saturday March 14. 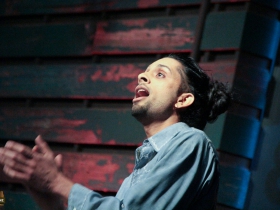 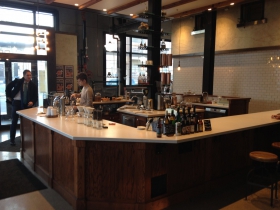 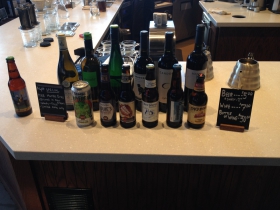 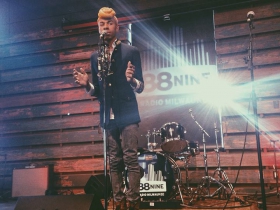 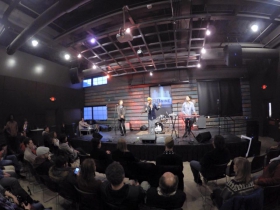 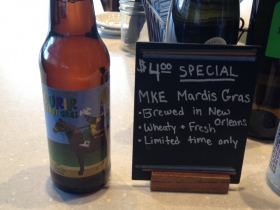