The New Gateway to Bay View?

Development proposed at neighborhood meeting would include 5 stories, 3,000 square feet of first floor retail and 72 apartments on 4 floors above this. 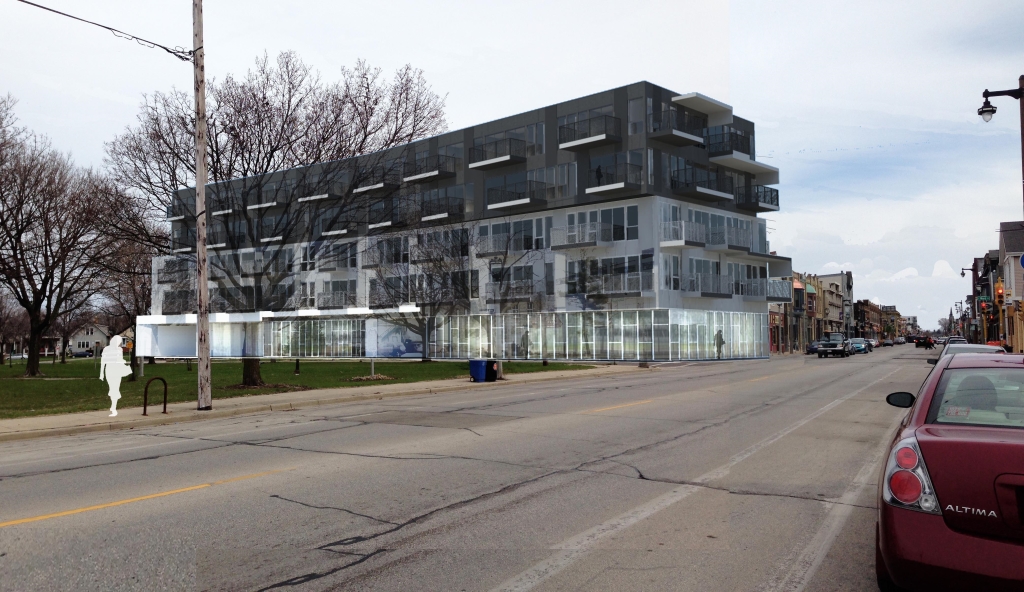 The proposed complex, planned to include “micro-units” as small as 400 square feet, would be located at 2202-2206 S. Kinnickinnic Ave., about a block north of Lincoln Ave., in a 8,430 square foot site that currently has 12,789 square feet of buildings on it —  two structures dating from 1882 and 1927. That includes a 4,130 square foot retail space that was for many years the home of Faust Music, a drum specialist. The city estimates the rent for the space at a mere $.83 per square foot annually, which gives you some clue the current use is not the highest and best for the property. Then there is the 2,892 square foot apartment in one of the two buildings that rented for a mere $520 a month. The city would like to collect a lot more than $2,783.30 in tax it gets for the current site and its two buildings, and this proposed development would deliver much, much more.

The property was purchased in November 2013 by an KK Music LLC of East Troy for $90,000, its assessed valuation. The registered agent for KK Music is attorney Joseph Tierney. Dermond identified Mikko Erkamaa as the property owner.

The proposed building would also require acquiring a property immediately to the north. That 11,699 square foot parcel at 317 E. Ward St. is owned by the City of Milwaukee, and generates zero tax revenue, although it does produce parking revenue. Sale of the property, and other elements of the development plan, would require approval by the Common Council. No file has yet been introduced to outline the details of the property sale, including its price, nor has a Request for Proposal for the property been issued. The public parking spaces would be preserved at some location near the site.

But first it was the neighbors turn. About 60 residents and property owners listened to the presentation by representatives of Dermond, which included Nora Pecor, the firm’s Chief Financial Officer and designer Joel Agacki of Striegal-Agacki Studio. The firm, with locations in Milwaukee and Los Angeles, designed the East Terrace Apartments at 1530 N. Jackson St., near the Dermond-developed Avante Apartments, 1601 N. Jackson St.

The presentation called for a signature building created at this gateway to the Bay View neighborhood, where new apartment buildings have been filling up nicely in recent years. The five-story structure would have a glassy storefront at ground level, with about 3,000 square feet of retail space. The apartments above would be in two layers of two floors each, with the lower being white and the upper being black. Taking cues from other recent projects, including the aptly named “Overlook on Prospect,” the upper floors would jut out to offer views for some units as well as to provide a little design “pop,” as the architects like to say.

Parking would be accessed to the east (rear) end of the building, and city spaces lost due to the land purchase would be accommodated elsewhere.

As far as concerns about density, Ald. Zielinski took pains to point out the project would not remove any parkland, including the space across the street. “Our parks are sacrosanct,” he said.

Nor would this dense building be considered appropriate in the mostly single-family and duplex districts with which the neighborhood abounds. Residents need not fear that such a large project would be plopped down next to their homes, Zielinski assured them.

But there is undoubtedly a demand for people to live in a heavily trafficked area like S. Kinnickinnic Ave. in Bay View, where the old Route 40 streetcar used to whisk passengers all the way from Downtown to St. Francis, with maybe a stop at the Avalon Theater along the way. Speaking of the Avalon, its owner Lee Barczak, who restored the old movie theater now considered by many to be the “Crown Jewel” of the neighborhood, was among the attendees.

Yes, Bay View is booming.  Zielinski said that South KK is so popular that it “left Brady Street in the dust years ago,” which may generate some objections from Lower East Siders.

One resident spoke about the building he owns, located immediately to the south of the proposed development. “The north wall of my building was never supposed to see the light of day,” he said, and now it will look simply awful when the old Faust store is torn down.

Zielinski suggested that maybe he could put up a scaffold or something to cover it, and maybe get some work done until the new building would hide it again. I think the idea was that the developer maybe could paint it or something.

Nobody seemed to mourn the possible loss of the old buildings. One neighbor, who owns a number of properties in the area, said that many of the older buildings are proving quite difficult to maintain due to age and the casual construction practices of the previous century and the one before that. “I’ve got a building on a wood piling foundation,” he told me in an aside.

Scott Gelzer, who owns a Bay View property, thought five stories might be one too many.

A woman in the audience expressed her concern that the new building was “ugly.” She felt pretty much the same about all other recent developments. Odds are, that won’t stop this one from happening. 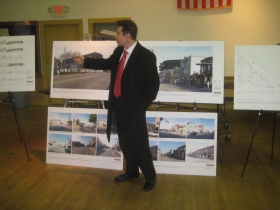 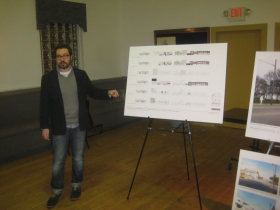 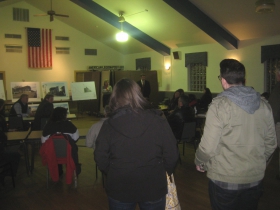 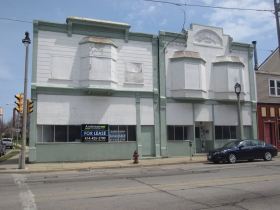 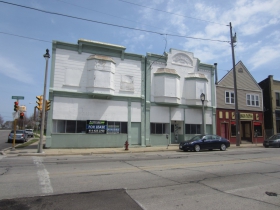 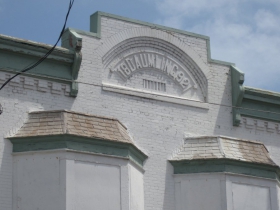 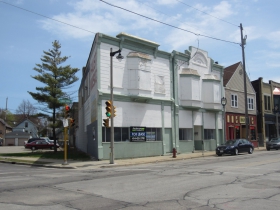 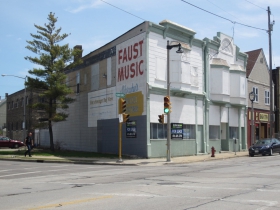 56 thoughts on “Plenty of Horne: The New Gateway to Bay View?”