Why Wisconsin Has Weak Laws on Drunken Driving

Legislators reject tougher penalties, even for repeat offenders. First of a series.

By Bill Lueders, Wisconsin Center for Investigative Journalism - Nov 10th, 2014 10:30 am
Get a daily rundown of the top stories on Urban Milwaukee 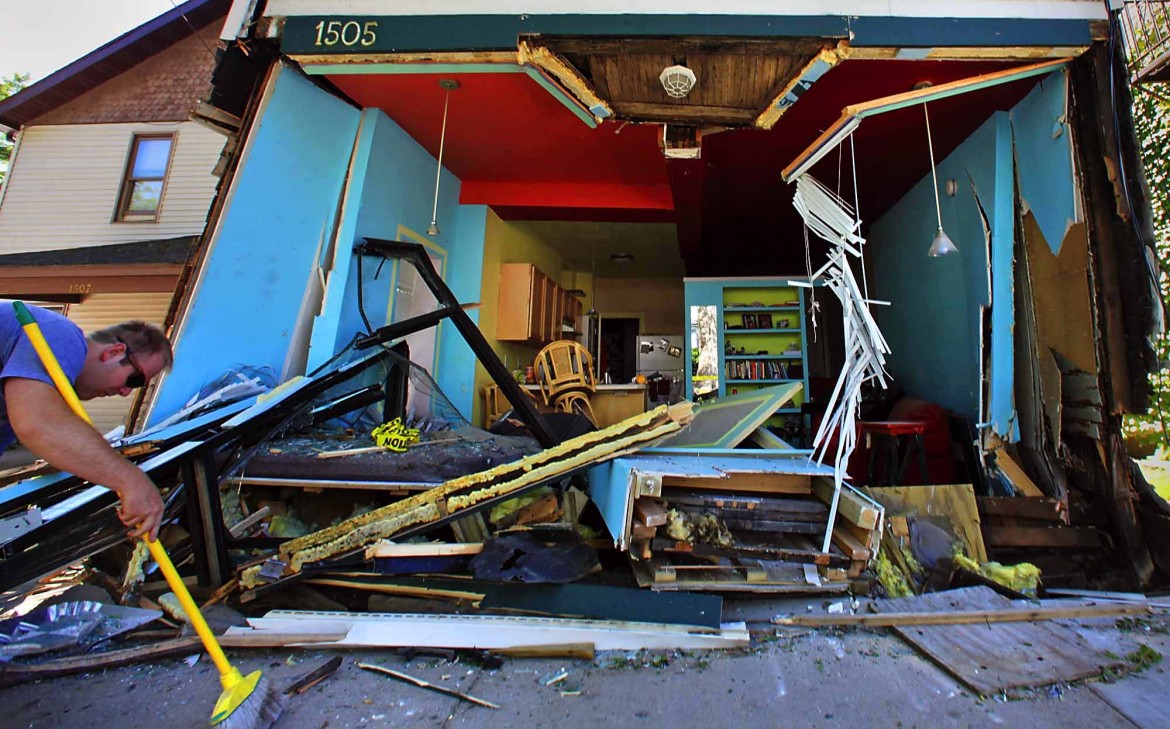 Quinn Felly of Apex Property Management sweeps broken glass from the sidewalk in front of an apartment building on Williamson Street in Madison, Wis. on Wednesday, June 6, 2012. A car crash took off the front of the building in the middle of the night. Felly said a woman was sleeping behind the bookcase at the center. Christopher Brunetto of Fairfield, Conn., was found guilty of a fourth drunken driving offense and fleeing the scene. Photo by Craig Schreiner/Wisconsin State Journal.

State Sen. Tim Carpenter, D-Milwaukee, knows what a difference a law can make. In 1996 his alcoholic father was cited for operating under the influence, after being involved in an automobile crash.

To get an occupational license, Kenneth Carpenter, 70, had to appear in court. To keep his son’s support, he had to quit drinking. He did both.

“This completely turned around his life,” said Carpenter of his authority-respecting father’s need to stand before a judge. “I wish it would have happened earlier.”

Kenneth Carpenter died in 2010, after 14 years of sobriety. In the 2013-14 legislative session, Tim Carpenter co-sponsored a number of bills, authored by Republicans, to toughen Wisconsin’s laws regarding drunken driving.

These included a bill to make all persons cited with first-offense operating while intoxicated, or OWI, appear in court, which some can now avoid. The bill drew unanimous support from committees in both legislative houses and passed the Assembly on a voice vote.

And then it died — along with every bill in the package and virtually every other proposal in the session to toughen Wisconsin’s drunken driving laws.

Carpenter, on the cusp of his fourth decade as a state lawmaker, is dismayed. “People were overwhelmingly in favor of this legislation,” he said of the package. “We blew a golden opportunity.”

A review shows that Rep. Jim Ott, R-Mequon, and state Sen. Alberta Darling, R-River Hills, the bills’ authors, received only about a half-dozen critical responses (the proposed bills, one person wrote, “are way too strict and are killing the tavern business in Wisconsin”) and more than 90 positive ones. 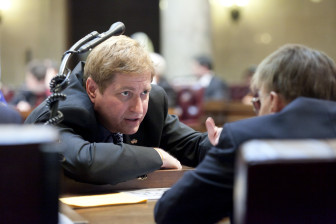 State Sen. Tim Carpenter, D-Milwaukee, is dismayed by the Legislature’s failure to pass GOP-backed bills to toughen state penalties for drunken driving: “We blew a golden opportunity.” Photo Feb. 20, 2011. Photo courtesy of the State of Wisconsin.

“It is great to see that you are working on tougher drunk driving laws,” one person emailed. “I’m embarrassed to live in a state that allows these repeat offenders to drive our streets and highways,” wrote another. “I want to offer my help and support,” said a man paralyzed by a drunken driver who also killed his mother, father and little brother.

How does Republican backing in a GOP-controlled state, overwhelming public support and virtually no opposition add up to legislative defeat?

Cost was a key concern, but Senate Majority Leader Scott Fitzgerald, R-Juneau, the person most responsible for blocking these bills, cites another factor.

“There is significant disagreement over whether simply hiking penalties will solve the problem,” Fitzgerald wrote in an email. Despite past moves to do so, “we still experience an alarming rate of recidivism….  Clearly traditional penalties have not provided a significant deterrent for those with serious substance abuse problems, and I think this is where our focus needs to be as we search for a long-term solution.”

Wisconsin has long experienced a dismal level of carnage due to drunken driving. A national ranking based on 2012 numbers ranked it 16th worst among states in its percentage of fatal crashes that were OWI-related.

In 2013, according to the state Department of Transportation, there were 4,954 alcohol-related crashes in Wisconsin, leading to 185 deaths and 2,660 injuries. Over the past five years, the state’s annual average is 218 deaths. In the previous five-year period, 2004-2008, the average topped 300.

“We’ve had one of the most dramatic reductions of fatalities since they’ve been keeping data,” said Scott Stenger, a contract lobbyist for the Tavern League of Wisconsin. He cited SafeRide and designated driver programs, saying more people “are starting to plan ahead” to avoid driving while impaired. 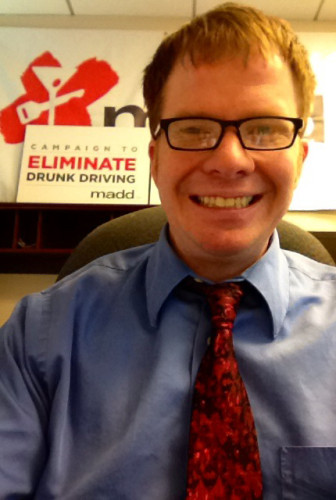 Fitzgerald also heralds this decline, using the same numbers as those included on a Tavern League fact sheet. He said these prove “our reforms are at least moving Wisconsin’s OWI policies in the right direction.”

But Wisconsin native Frank Harris, director of state government affairs for the advocacy group Mothers Against Drunk Driving, sees no reason to celebrate. As he put it, “There’s still 200 people dying a year in a 100 percent preventable occurrence.”

MADD, with Harris as its sole registered Wisconsin lobbyist, backed a six-bill package introduced early in the 2013-14 session by Darling and Ott. Besides mandating that all first-time offenders appear in court, the bills would have:

* Made first-offense drunken driving a crime for persons with a blood alcohol concentration (BAC) of .15 or higher, roughly twice the legal limit.

* Hiked the penalties for repeat offenders.

* Created mandatory minimum sentences for drunken drivers who cause injuries or deaths.

In backing these bills, Ott noted that it takes a fourth offense within five years of a third to prompt a felony charge. He sought to lower the felony threshold to a third offense, saying “it’s obvious that our current laws do not sufficiently deter this bad and dangerous behavior.”

Darling, in turn, said state laws allow too many “do-overs.” 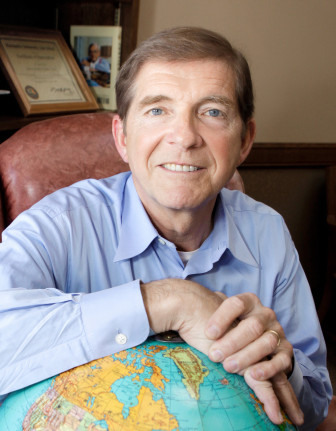 Rep. Jim Ott, R-Mequon, in his Capitol office, April 8, 2009. Ott disputes estimates that costs will skyrocket if tougher drunken driving laws are passed, saying these assume that conviction rates will stay the same when “the whole purpose in pushing through OWI legislation was to produce a deterrent effect.” Photo April 8, 2009. Photo by Mike DeVries / The Capital Times.

Many initial concerns focused on cost. The state Department of Corrections, in a fiscal note, estimated that hiking the penalties for third- and subsequent offenders would set the state back $158 million to $226 million per year plus $236 million for new prison space, “excluding land acquisition costs.”

Harris called these estimates overblown, saying they assume incarceration would be “a uniform consequence” of tougher laws. Ott is also critical, noting in an interview that the DOC relied on past conviction rates when “the whole purpose in pushing through OWI legislation was to produce a deterrent effect.”

Ott, in his testimony, stressed the high cost of drunken driving. Besides those who have died, he cited victims who have had “their automobiles totaled, lost substantial time from work, spent time in the hospital, and still suffer from pain and other problems related to their injuries.”

And Carpenter, who considers the cost estimates “a bogeyman to scare people off,” pointed out that the bill to mandate court appearances for all offenders would have had a nominal fiscal impact and still did not pass.

Rep. Samantha Kerkman, R-Salem, who supported the court-appearance bill “to bring seriousness to the fact that they were caught,” is disappointed by the Senate’s failure to pass it. She hopes the Legislature will take it up again next session.

Categories: Politics, Under the Influence, Wisconsin Center for Investigative Journalism

4 thoughts on “Under the Influence: Why Wisconsin Has Weak Laws on Drunken Driving”