By Sean Kirkby, Wisconsin Center for Investigative Journalism - Nov 16th, 2014 04:31 pm
Get a daily rundown of the top stories on Urban Milwaukee

On a folder filled with legal documents, Andrew MacGillis has taped a meditation about a biblical passage, in which Jesus forgives a sinner.

“I come to you today with all my sins and failings and I lay them at your feet,” it says. “I know that you will heal me and save me.”

A former chef who lived with and cared for his parents in Pewaukee, MacGillis was sentenced to four years in prison followed by five years of extended supervision in 2011 for his seventh offense of drunken driving. But “this time, I’m confident, I’m willing, I’m able and I want the sobriety,” MacGillis said in a recent interview.

Rehabilitation, however, may prove elusive. MacGillis, 42, said he has not been offered treatment programs in prison. The court ordered him to get an alcohol and drug assessment, an interview used to identify alcohol dependence and determine required treatment, but he will not receive it until after he leaves Fox Lake Correctional Institution.

Others choose not to get assessments. In thousands of cases each year, drivers fail to comply with the assessment interview. Many continue to drive for months after their arrests without receiving any rehabilitation or facing legal penalties.

Even when alcohol programs are available, they may be underfunded and not last long enough to make a difference, experts say. For those who get treatment, accountability may be lacking, which is why seven Wisconsin counties are pursuing an innovative approach to stop repeat offenders and prevent relapse through advanced testing.

Addiction is a chronic disease that disrupts how the brain’s reward and motivation centers interact, leading people to “pathologically” pursue reward through substance use and other behaviors, according to the American Society of Addiction Medicine.

The group’s past president, Dr. Michael Miller, medical director of the Herrington Recovery Center at Rogers Memorial Hospital in Oconomowoc, said repeat offenders have a way of “rewriting history in their minds,” selectively recalling events to minimize the consequences of their actions. 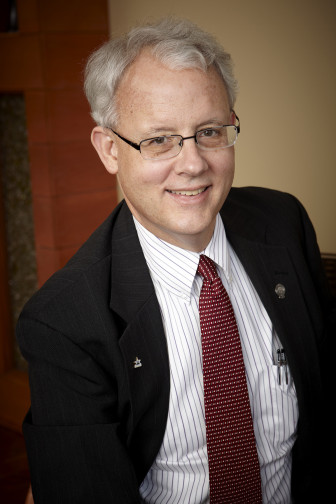 “That shows how intense their illness is,” Miller said. These individuals “basically define reality the way it’s comfortable for them to see it rather than the way it actually is.”

Of the more than 29,000 assessments conducted in 2013 on persons convicted of operating while intoxicated (OWI) in Wisconsin, about 11,000 had nonclinical findings of alcohol or drug dependence, suspected dependence or dependence in remission, state records show.

In most of the research conducted in the United States and Canada, repeat drunken driving offenders tend to be white, male and, on average, in their mid-30s, said Thomas Nochajski, a professor of social work at the University at Buffalo in New York. They can also be socially anxious and use alcohol as a way to be part of a group, he said.

“In general, the initiation of drinking-driving begins with partying with friends. The ones who continue that partying atmosphere become our repeat offenders,” Nochajski said. He noted that many repeat offenders have mental health problems and some, especially women, have a history of trauma.

Alcoholics often start drinking in their early teens, which is why a drinking-prevention pilot program in Dane County in the mid-2000s targeted middle schools.

The program was part of a series of initiatives launched by former Dane County Executive Kathleen Falk, who faults the state’s culture of heavy drinking for encouraging binging and treating intoxication as a rite of passage.

“It is a medical disease,” Falk said. “Helping people find treatment just like we would for any other disease is just as important especially given that the behaviors of alcohol abuse hurt other people besides the person who suffers.”

State law requires all persons convicted of OWI to get a court-ordered assessment that leads to treatment. Yet for each year in the past decade, more than 10,000 convicted offenders were found noncompliant with an assessment order, according to state data.

In 2013, the Wisconsin Department of Transportation suspended or revoked the licenses of 11,623 drivers for assessment noncompliance. That year, for comparison, about 25,000 people were convicted of OWI offenses.

“The vast majority of time, non-compliance is temporary for an offender,” said Dale Simon, a DOT supervisor who oversees the department’s alcohol review unit. He added that offenders could be “in non-compliance for days, weeks, months, years or indefinitely.” 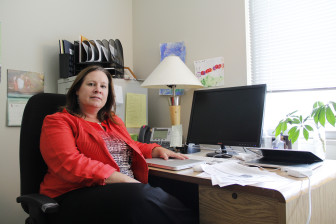 Andrea Jacobson, the former clinical area manager at Journey Mental Health Center in Dane County, said many drivers who have their licenses suspended or revoked for noncompliance continue to drive illegally rather than get an assessment. Photo by Sean Kirkby / Wisconsin Center for Investigative Journalism.

Andrea Jacobson, former clinical area manager at Journey Mental Health, which does OWI assessments, said judges often do not hold drivers in contempt for breaking this part of their court order. Many drivers who have their licenses suspended or revoked for noncompliance continue to drive illegally, she said.

The assessment consists of an interview using a screening tool called the Wisconsin Assessment of the Impaired Driver. Assessors, who usually have training in substance abuse counseling, create a driver safety plan that recommends education or treatment.

Many other U.S. states and Canadian provinces use the Research Institute on Addictions Self-Inventory, a screening tool developed by Nochajski and others. The self-inventory identifies high-risk offenders through questions about family history, mental health problems, aggression and other factors.

In Wisconsin, fees for the assessments typically range between $200 to $300, which may pose a financial hurdle for some drivers when combined with other fees and fines and lead to noncompliance, said LeeAnn Cooper, who oversees the Wisconsin Intoxicated Driver Program at the Department of Health Services.

Assessments are ordered upon conviction, which may be months after a person’s arrest. In 2012, more than half of the state’s 31,629 OWI convictions occurred more than 90 days after arrest, according to the DOT. On average, 141 days passed between arrest and conviction.

And some repeat offenders, like MacGillis, have to do their assessments after incarceration.

9 thoughts on “Under the Influence: No Treatment For Many Drunken Drivers”