By Sean Kirkby, Wisconsin Center for Investigative Journalism - Nov 16th, 2014 04:31 pm
Get a daily rundown of the top stories on Urban Milwaukee

After his sixth drunken driving conviction, in 2007, MacGillis said he stayed sober for nearly four years. On May 16, 2011, he went to a Waukesha bar, thinking he could control his drinking. The last thing he remembers is ordering a beer.

He was pulled over later after hitting traffic barrels, police reports say, with a blood alcohol level more than three times the legal limit.

Since being convicted and sent to prison, MacGillis said he has not been offered any treatment and has tried to find his own programs for treatment by writing letters to addiction experts. He criticized the Department of Corrections for providing inmates with treatment at the end of their prison terms.

He believes from what he has read that treatment is more effective at the beginning of a sentence “because you use your rehabilitation throughout your incarceration.” 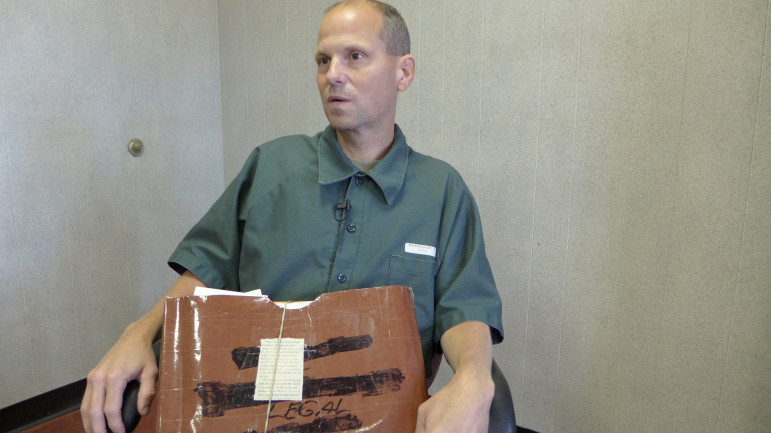 Andrew MacGillis, 42, currently in prison for his seventh drunken driving offense said he has not been offered treatment at Fox Lake Correctional Institute. He was sent there before receiving an alcohol and drug assessment. Others choose not to get an assessment and many continue to drive for months after an arrest without facing penalties or receiving treatment. Photo by Kate Golden / Wisconsin Center for Investigative Journalism.

Records show MacGillis was offered treatment for his sixth offense and placed on a waiting list, but left prison before receiving it.

Now any program MacGillis might attend would require him to transfer to a different prison. DOC spokeswoman Joy Staab said the department closed Fox Lake’s alcohol and drug treatment program in July rather than fill staff vacancies. The agency decided to expand treatment programs at other prisons and transfer inmates requiring treatment.

MacGillis is planning to seek an assessment and treatment after his release in 2016, but is not sure how he would pay for it, a common complaint.

Lawrence Keller, currently serving time on his eighth OWI offense, considers treatment essential, given the difficulty chronic offenders have staying sober. He said he re-offended because of stress and pressures from unemployment.

“Above all, I have to want to stay sober,” Keller wrote in a letter to a reporter. “But with my situation, when my back is up against a wall, facing being homeless, hungry, without a job, I get that ‘I don’t care’ attitude and drink my troubles away.” 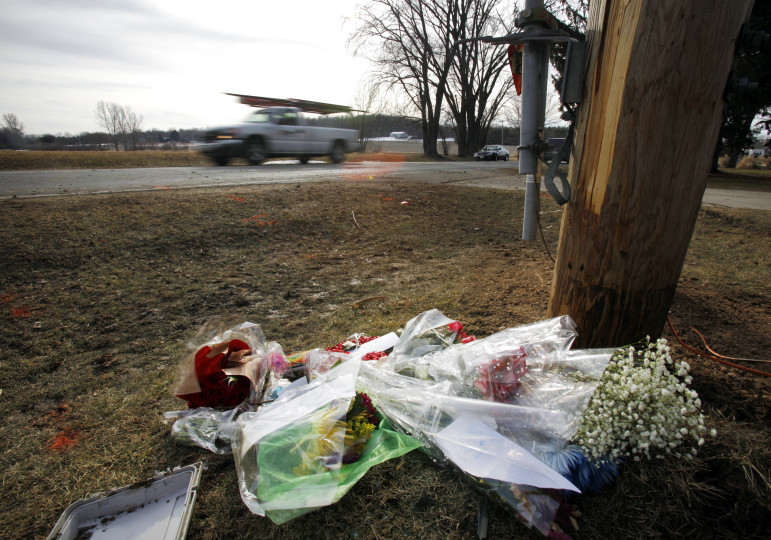 A memorial commemorating the lives of four people killed by a drunken driver sits at the scene of the crash in Fitchburg, Wis.. The driver, Victor Benitez, was sentenced to 32 years in prison. In 2013, there were 4,954 alcohol-related crashes in Wisconsin, leading to 185 deaths and 2,660 injuries. Photo by M.P. King / Wisconsin State Journal. 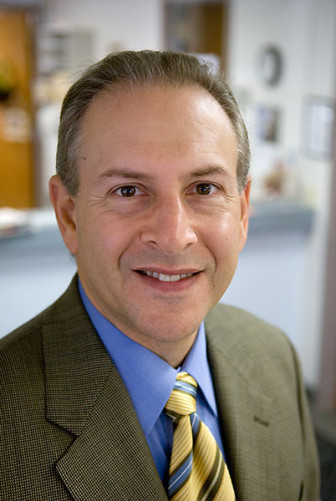 University of Wisconsin-Madison professor Dr. Richard Brown, a national expert on substance abuse screening and intervention, said programs for alcohol abuse have traditionally been underfunded, meaning many alcohol treatment programs “are stuck delivering counseling methods that are decades old and haven’t been able to keep up to date.” Photo by Jeff Miller / University of Wisconsin-Madison.

University of Wisconsin-Madison professor Dr. Richard Brown, a national expert on substance abuse screening and intervention, said programs for alcohol abuse have traditionally been underfunded. He cited a study showing that less than 10 percent of alcoholics receive medication that has proven effective, often because this is not covered by insurance or recommended by physicians.

Because of chronic underfunding, Brown added, many alcohol treatment programs “are stuck delivering counseling methods that are decades old and haven’t been able to keep up to date.”

Another issue is cost. Convicted drunken drivers in Wisconsin must pay a $435 surcharge, divided between the state and the county where the surcharge was imposed. The county’s portion goes toward funding treatment.

Todd Campbell, Dane County alcohol and drug abuse services manager, said a change made in the state’s last budget to the funding formula has led the county to project a 28 percent decrease in funds. What had been a roughly 60-40 split with the counties getting the larger share became a roughly 50-50 split.

“The thing that is most likely to reduce recidivism or habitual drunk driving is getting that person into treatment,” Campbell said. “If there’s less treatment available, it increases the likelihood that they’re going to drive drunk again because that problem hasn’t been solved.”

Cooper, who oversees the state’s intoxicated driver program, said most counties should not see a decline because the surcharge amount was raised, although they might see a slight decline because of a falling OWI conviction rate.

9 thoughts on “Under the Influence: No Treatment For Many Drunken Drivers”