“No one’s really here to help the parents.”

Calvin Weston and his fiancé are struggling to take back their kids from the child welfare bureau. Are they punished for being poor?

By Jabril Faraj, Milwaukee Neighborhood News Service - Nov 9th, 2014 11:38 am
Get a daily rundown of the top stories on Urban Milwaukee 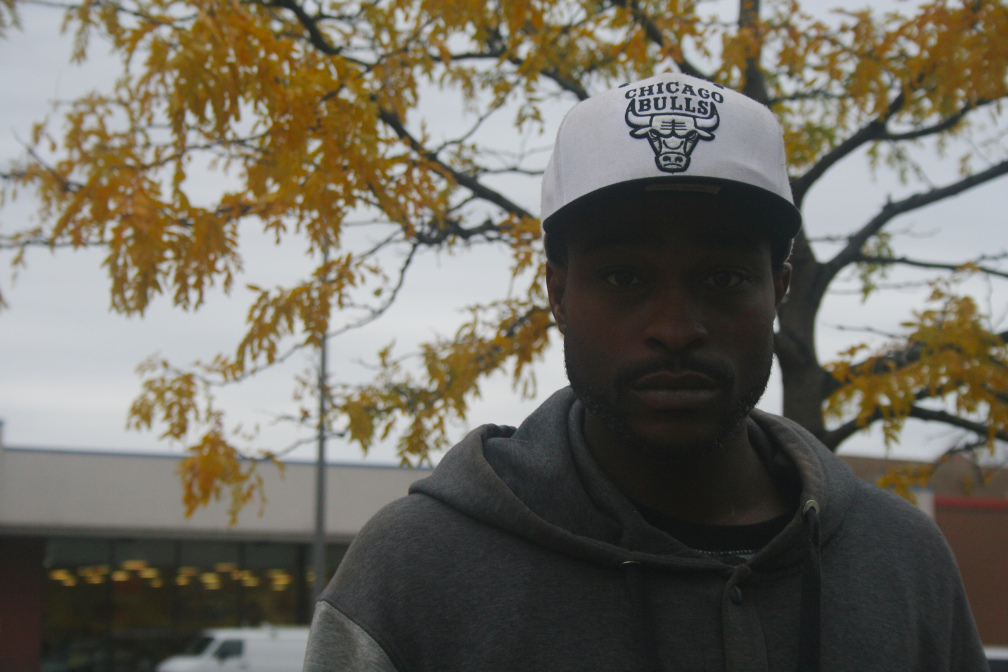 Calvin Weston, whose children are currently in foster care, stands near Teutonia and Capitol in the Rufus King neighborhood.

Calvin Weston lingers in the parking lot of Lena’s Foods near Teutonia and Capitol. Today, Weston’s selling CDs for two-dollars-a-piece; that’s not what’s on his mind, though, as he walks up to the thigh-high fence that divides the lot and sidewalk.

Weston says he’s been trying to get his kids – who were taken from him and his fiancé and placed in foster care – back for the last 15 months.  “It’s crazy because they say they take the kids for their protection, but they took ‘em from us and called it ‘protecting ‘em,’ but put them in an environment which was dangerous, actually. Before my son got abused, I was lettin’ the judge and everyone know, like, ‘I’m concerned about son’s well-being, something’s going on over there, could somebody check it out?’ And it took for him to get hurt for them to…finally, say something or do anything,” said Weston.

“Until they’re with me, I’m not gonna be fully, you know, comfortable or sure that they are safe because a lot of people do these things for the money,” says Weston. “And the bureau [is making the] mistake of keepin’ us under the scope, but they do not look at the caregivers cause all of these people are not loving people – some of these people are just [in it for the] money and they do not treat these children right.”

It took the courts eight weeks to get his son out of the foster household after they discovered the abuse, says Weston. Meanwhile, he says he and his fiancé have followed the court’s conditions, attending weekly visits and group sessions, but are still on the brink of losing the children. “I just don’t know, nobody’s helping – my social worker, the attorneys. It seems like everyone’s working with each other and no one’s really here to help the parents And it’s like, no matter what – we’ve been doing everything, the visits and everything, have been going according…the way they’re supposed to be – but we haven’t moved forward.”

“Like, every time there’s a false accusation, my social worker, she penalizes us and then the bureau does their investigation and, once they finished the investigating, found out I wasn’t the one that did it; we still were penalized.”

That’s happened on two occasions, says Weston. First, came the accusation of abuse. Then, he and his fiancé were accused of arguing in front of the children during an unsupervised visit when, Weston says, he took the kids to the park by himself. “No one was there but me and the kids, so, who saw us arguing?” he asks. “How could we argue if we weren’t together?” 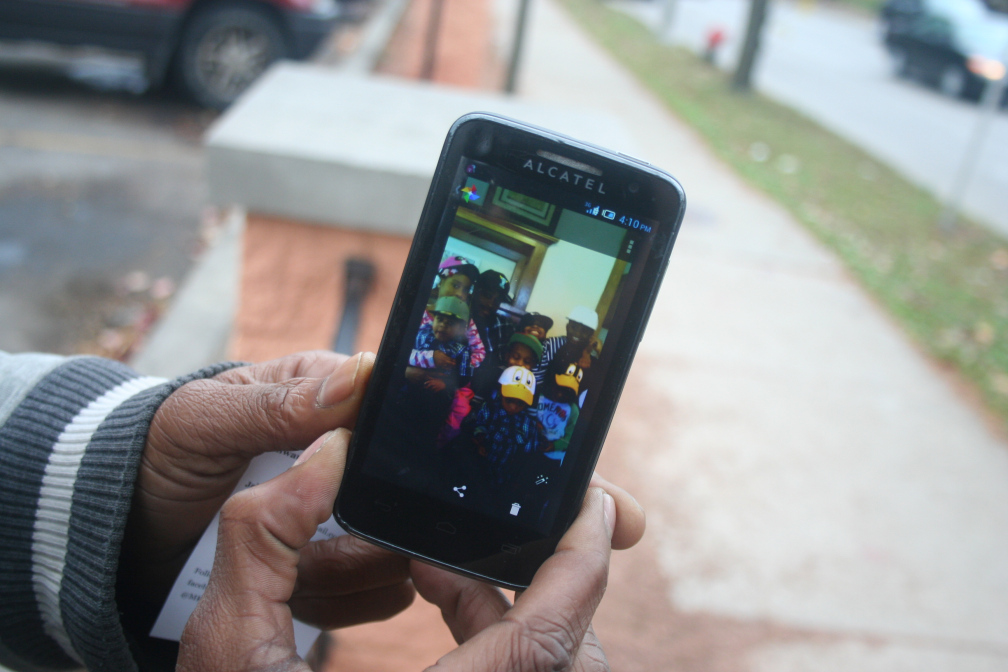 “I just want some help. I was just wonderin’, like, ‘Who’s gonna help us?’ Because no one’s really helpin’ us.”

All seven of their children – six boys and one girl, who range in age from two to 10 years old – were taken since then, says Weston. “They came to the house – it was, you know, the end of the month so it was a shortage on food, but it wasn’t like there was no food to feed them. And there were a few clothes on the floor so they’re sayin’––they said neglect but I don’t understand how. It was just a lot of false accusations; they put a bunch of stuff together so they could have something to say.”

“You know when you’re gettin’ [food] stamps…it’s enough to last you, maybe, three weeks; it’s not really enough money on that to last you a whole month. So, we were at the point where, you know, we had a few dollars still left but we didn’t have any transportation…so we go to a corner store – you know, the closest thing we can get to bring food – so, you’re not gonna bring as much back compared to you goin’ grocery shoppin’ at a store, completely. So, at that time, (there) was a shortage on the meats; but we had some pork chops and things we were gonna have to cook for the night and, if worst comes to worst, I have sisters, brothers…and pantries and stuff that we utilize to make sure they eat. So, that was just something that they had to fabricate and, you know, make a mountain out of a [mole]hill because there was no reason to take them…so they had to create something.”

Weston said he’d been working, too, but that the requirements he’s obliged to meet made it “impossible” to hold down steady employment. “That’s the thing,” he says. “I was working; I just graduated May 23rd from Pro Trade – I’m a pre-apprentice carpenter. When I was working, my visits were during the weekdays so I would have to leave off work early and, then, just to see my kids for only 45 minutes. See, I’ve been juggling all of these things with the programs they want me to do plus workin’ …it got to the point that it interfered with my workin’ because I have to leave work early – no employer is gonna, um, sympathize with my situation; they want the person that’s gonna be there on time and be there every day. I can’t explain to them that Tuesdays and Thursdays I gotta go to visits, Wednesdays I gotta go to group – no employer…even a temp service stopped lettin’ me go out because I wasn’t able to come every day.”

Eventually, he had to make a choice. “I mean, it was, either, go to work and neglect the kids (or) do what the kids want you to do and neglect the job,” says  Weston, “so, I figured I’ll neglect the job for a minute… I would leave work early but I’d still have the commute to the visit. So, by the time I do get to the visit, I still only get to spend 45 minutes with them. And that’s takin’ money outta my check and that’s less money I could have made to provide for them and it’s just a hassle.”

So, in order to fulfill his responsibility to his kids, Weston has taken to doing odd jobs, wherever he can find them. “If somebody needs a window installed, a door installed or some drywall put up – anything I can try to find that somebody needs done, I’ll do that; especially family members or people in the old neighborhoods that I know.”

Now, Weston says, they’ve reached a breaking point and he’s worried because, besides the judge who’s been working on their case, he doesn’t feel like anyone really understands or is genuinely trying to help. “Right now,” he said, “once you reach 15 months, they have to put in a petition to terminate your parental rights because that’s the law. So, I understand that. The judge did give us an extension, beforehand, because we have been doing what we’ve been doing – the bureau has been lacking, as far as resources on their end, to help us do it. Like I said, all I’m gonna do is continue to fight and do what I’m supposed to do and it’s just––I just want some help. I was just wonderin’, like, ‘Who’s gonna help us?’ Because no one’s really helpin’ us.”

Their social worker hasn’t been very much of a help, either, he said. “My social worker, she’s supposed to be the social worker for the both of us but she doesn’t acknowledge the fact that I exist. I hear about things last minute; I leave messages, she never calls back – she just doesn’t work with me,” said Weston. “Basically…it’s like I don’t exist. And I’m doing everything I possibly can.”

“You don’t have to like someone, you have to do your job,” he said, commenting on the social worker’s disposition. “And me being ‘likeable’ is just not what this is about – it’s not about me being a good friend or a good brother, or anything like that – it’s about being a good father and I have displayed and showed that I am.”

“Only thing that I can see is, right now, we have a two-bedroom and we have seven kids so that’s not enough room, which I understand. But at the same time, if worst comes to worst, if we have to, we will sleep in the front room and let the kids get the rooms – I have bunk beds, everything. I mean, with the resources and the money that I do bring in, we provide food, whatever needs that I may see that they need. Like, if I see a child needs shoes or this one needs this, that or the other, we take care of those things, ourselves – we don’t wait for them to do it cause those are still our children.”

“I mean, I don’t know – I can’t give up but it’s, like, a lot of times you lose hope. And I’ve gotta explain to [my kids] why I can’t––daddy gotta explain to them why I can’t protect them and take them with me and all of that…it’s just, it’s too much and I just wish that they were more thorough at investigating cause some children are in danger – they do need to be taken out of, you know, custody of some people. But I think they should do a more thorough investigation of who they’re takin’ before they just take kids cause they definitely have taken the wrong kids, this time.”