From the Potawatomi Hotel

From the 20th floor, a magnificent view of the city and its central valley, once grimly industrial and now turning ever more green. 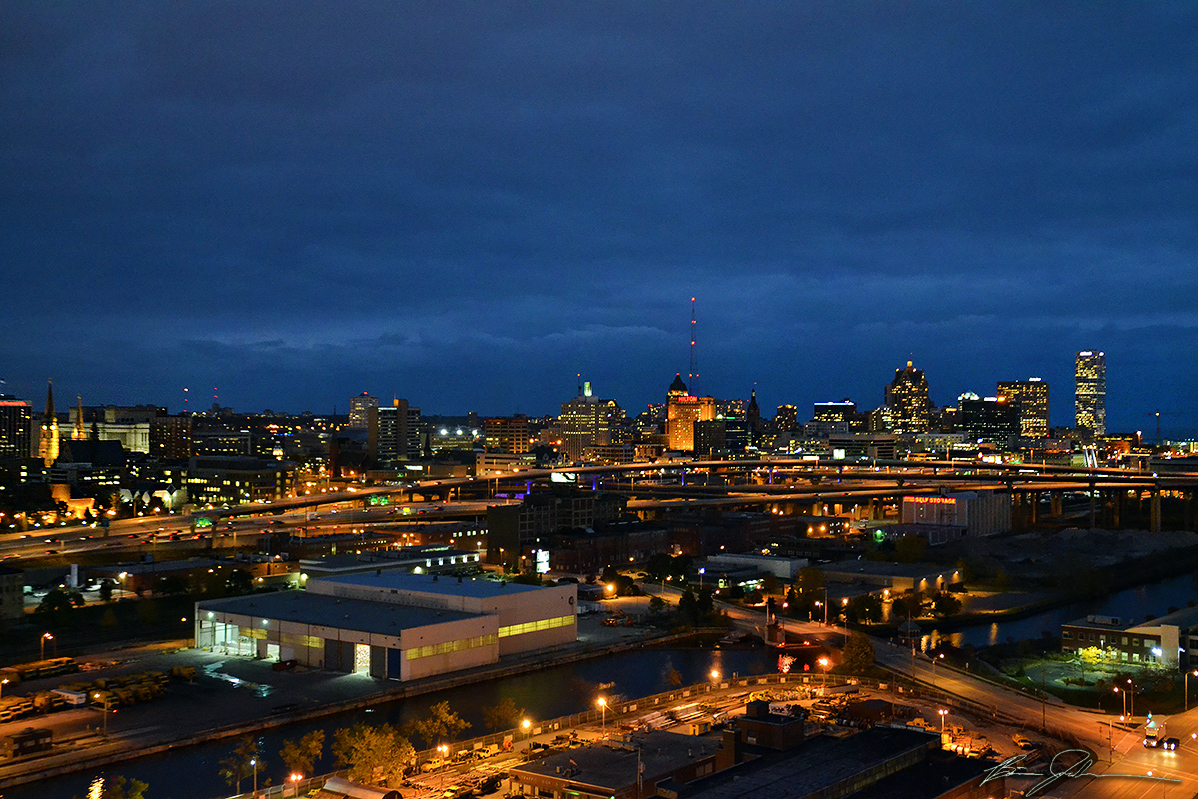 View from the Potawatomi Hotel and Casino. Photo by Brian Jacobson.

About the View: It’s hard to imagine the Menomonee River Valley as just a vast wetland flush with wild rice and animals (the Algonquin word for the ‘good berry’ is “menomin” and the men who harvested it were “Menominees”). From this 20th level rooftop of Potawatomi’s new $150 million dollar hotel, you can trace the river flowing towards the confluence before melding with the Milwaukee River and finally into Lake Michigan. You also can get a sense of why groups like the Menomonee Valley Partners, Inc. and the Urban Ecology Center have been lobbying for renewal ever since a UW-Milwaukee design study emphasizing green space and elements of New Urbanism was thought up 15 years ago. Those ideas, in turn, were prompted by Mayor John Norquist‘s original vision some 25 years ago, to transform the valley into a cleaner, greener place. 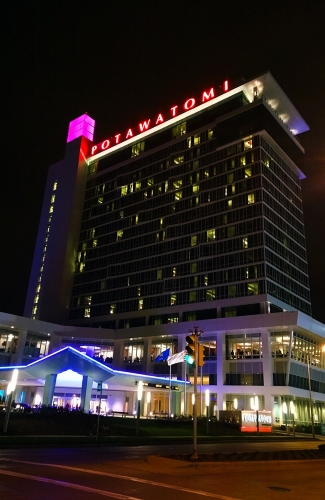 Yet, up close you can still see the remnants of the Machine Shop to the World. Since the turn of the 20th Century, the valley was a place to put messier, dirtier enterprises like the tanneries and stockyards, the coal-burning trains of the Milwaukee Road system, the tool and die makers and anything else whose smoke and smell would be contained as best it could from the city and surrounding neighborhoods.

In a 1949 profile, Milwaukee Journal’s Gerald Kloss begins: “when the tourist guide books write of Milwaukee, they never fail to mention the city’s parks, the museum and library, the German restaurants, the long sandy beaches and the wide sweeping harbor…one sight which they never consider—and which some Milwaukeeans believe the best of them all—is the view of the Menomonee river industrial valley from the four long north-south viaducts which cross it, tying the two great halves of the city together.”

The river bisects the city in this way, yet from this high perspective it appears to channel towards the bright lights of the cityscape and mighty high-rise freeway arcs. To the immediate east and far-reaching south of the hotel, there is only an expanse of what was once and what continues to be industrial business and railyards. To the immediate north on Canal Street, soccer players brave the October cold to get some kicks under the lights of Marquette’s Valley Fields. To the west, LED rings illuminate the Mitchell Park Domes while Miller Park is conversely dark and silent in its post-season autumnal slumber.

We are standing right above the giant red letters that spell out “POTAWATOMI” while directly above us the elevator mechanical hub is bathed in pink lights. This is the only standout coloring to a shiny, new hotel that is not earth-toned.

Inside the highest suite levels of the 381-room hotel, the hallways are covered in a deep lava red while the carpeting looks like watery whirlpools. All the accents created by Cuningham Group architects appear nature-inspired from the white bark-lined elements to the golden couches in the corner suite. If I had not walked through the casino to get to the hotel, I wouldn’t have known that the two are connected. There are no roulette tables in the lobby or poker chips instead of mints on the pillows. The overall structure is a mix of Vegas glamour with futuristic mood lighting and flat-screen panels. Only the faint and ubiquitous sound of the slot machines gives it away. 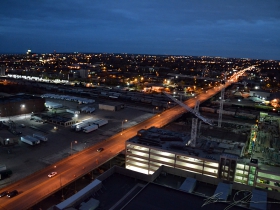 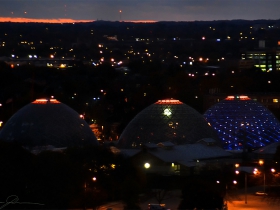 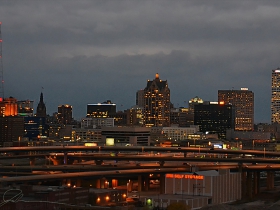 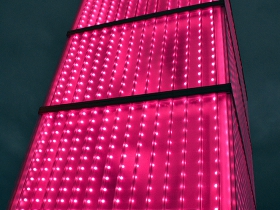 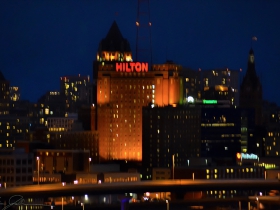 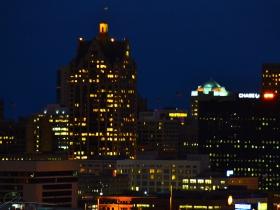