The politicians were glad handing and the candy was flowing at the 65th annual celebration.

Politicians, bars on wheels and marching bands proceeded one after another down S. Kinnickinnic Ave. on Saturday morning for the South Shore Frolics parade. Bay View’s annual festival celebrated its 65th year this past weekend, and the parade didn’t disappoint.

Running through the heart of this South Side neighborhood, the parade has always seemed generous with candy, which was exacerbated by the many political candidates marching in an election year. Looking to curry favor with voters, candidates flooded the streets with Tootsie Rolls and other sweets. It had to be a nightmare for parents awaiting their child’s nap time, and a dream come true for area dentists.

The parade was part of a weekend of events centered around South Shore Park. The festival is coordinated by the Bay View Lions Club with proceeds benefiting the Wisconsin Lions Camp. Other events included multiple nights of fireworks, a car show, fish fry, free kids games, and live music. 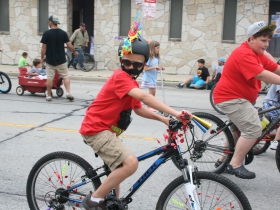 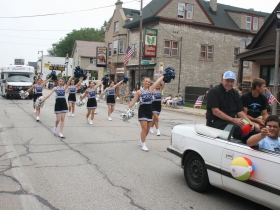 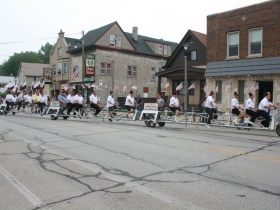 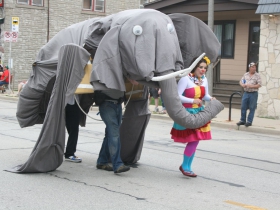 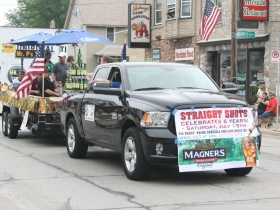 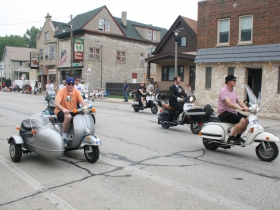