In Defense of Milwaukee

City is making progress on foreclosures and the report claiming 40% of mortgages are underwater is hogwash. 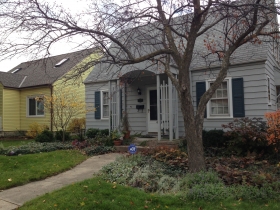 The ideologues of both the left and right have one thing in common: use fear, hyper-anxiety and cooked data to feed the 24-7 media cycle and spread “research” studies and other seemingly conclusive world-saving reports. Recently, a study by five researchers, including sociology professor Greg Squires, a former UW-Milwaukee expert on everything negative in Milwaukee, now based in  Washington D.C., took another shot at this city, as reported in a recent Murphy’s Law column.

Using questionable, outdated data, the report issued by the University of California-Berkeley’s Haas Institute, scolds Milwaukee for all of our economic and racial problems. Not sure when progressive folks will come to realize that the rest of us who actually get things done from one day to next, are tired of all the negative statistics and white middle-class guilt trips. The average person, of any race or income, wants to hear positive solutions and a pathway to progress, not the sky is always falling or world is coming to an end.

The Squires report pushes Milwaukee into the top of the worst American housing markets, with a “40 percent of all mortgages underwater” claim that simply does not add up. Using data from 2011-2013, the message is we are in foreclosure hell here in Milwaukee. We’ve got tough problems, but the reality is far from the dismal conclusions in Squire’s analysis. To the credit of city leaders and banks getting their act together, there has been a huge push to minimize foreclosures and get them back into ownership hands. In my legislative district, Select Milwaukee and Layton Boulevard Neighbors are working with the city and private lenders to find buyers, rehab and green homes, and get things moving again. It is working.

Again, it is working.

Recently, I attended a very impressive outreach by Wells Fargo called the LIFT initiative.  Every public and private expert I met with confirmed for me that there is no way nearly half of Milwaukee mortgages are underwater. Squires’ data is not only old, it fails to account for the most recent increase in values. Winter is finally over and I expect to see robust sales over the next five months. While too slow for comfort, the labor market is rebounding and wages are inching up.

Also completely missing from the report is the federal initiative HARP. HARP took effect in summer of 2012, when the Berkeley whiz kids were drawing their numbers up. It allows homeowners to avoid losing their house and for those on the bubble, save big bucks refinancing at lower interest rates. A strategic and important question follows:  how many underwater Milwaukee homes qualified for HARP, how many people enrolled, and what work is there left to do?

As prices rise and loan costs decline, a great thing happens: you are now rising from underwater faster, and, in some cases might be back to building equity. That not only helps on the microeconomic level of household budgets, it helps bolster the macro-economy with more consumer confidence and spending, as well as safer and more stable Milwaukee neighborhoods.

I don’t know how much I trust the Haas report’s data source, Zillow and Americans for Financial Reform, all from 2013.  Which means they likely folded in data from houses that sold in 2012 but closed in 2013, skewing data further with lower prices and values.

Keep in mind when discussing today’s housing market and prices, that what matters most is not the past but today and tomorrow.

Next, the report’s entire comparison of prices to peak levels is basically useless in my view. Those peak levels, as we now know, were inflated “bubble” prices, totally out of touch with reality. Anyone who purchased during that window either has bailed/gone bankrupt, refinanced successfully, or is renting the property and living in something cheaper. Only time can heal those wounds.

One interesting contrast I found: while Milwaukee has a large number of underwater homes (though I dispute the 40 percent figure), I looked at similar market nearby:  St Paul, Minnesota. Both St. Paul and Milwaukee are older, industrial, heavily ethnic/older age populations. Both sit in proximity to enormous wealth and high quality public services/infrastructure. And, looking at the report’s numbers more closely: while St Paul has a smaller percentage of underwater homes, it has nearly 20 percent more in foreclosure than Milwaukee.

I’ll take a roll of the dice that Milwaukee can push underwater homes into safer harbor,  versus in St. Paul, where more people are sitting on a foreclosure. The latter has a far greater negative impact in terms of wealth accumulation and stable neighborhoods.  Yet, St. Paul is far down the list of problem areas in the report co-authored by Squires.

There is not only a contradiction there, it gets more intriguing when you add income to the mix:  Milwaukee’s median wages sit just below $36,000 and St Paul’s is just above $46,000. St. Paul has better incomes but more foreclosures.

Missing from the Haas report, while its data highlights critical inequities and need for better economic redistribution in the nation, is any link to incomes. It appears, due largely to the federal government responding more aggressively to improve the housing and financial markets than it has in the jobs/labor market, we are seeing a housing and stock market recovery but without the necessary jump in jobs and income levels.  Until that happens, none of the solutions either implemented or suggested, can really take off.

And of course, the slower the job recovery, the slower that housing prices creep up.  This would be especially true in lower-income neighborhoods.

I have urged city officials to consider implementing a square-mile residential Tax Incremental Financing (TIF) district in one of Milwaukee’s hard hit neighborhoods, most likely just north of Marquette, just west of the freeway. Tax collections there are already anemic and those folks are plagued by not only foreclosures and underwater values,  but live with a disproportionate amount of chaos: unemployment, broken families, violent crime with younger aged people involved more than ever, and as a result of all these things, far less economic investment. Using a TIF would allow for investments in city infrastructure, home rehab and green improvements, and perhaps a revolving loan fund for smaller incentives: for first time homebuyers, starting a small business and job training help. The increased values in commercial and residential property would eventually increase and pay off the borrowed money. And all at historic, soon-to-be- gone, low-interest rates. To any naysayer who thinks the math would not work, I would simply respond that if you can’t pull this off in today’s economic conditions, you’ll never see another comparable window of opportunity, in which case you can write off the city’s North Side into the Detroit files.

Make no mistake, Mayor Barrett takes this seriously. The city’s efforts with the private sector and nonprofit community groups are working and will yield positive results.  Unlike Squires and company, I am bullish on Milwaukee’s future and looking forward to even more success. Let’s hope our regional partners pay attention and come to the table to make things even more fair, so that no matter where you live or what you look like, your future is tied to a growing metro area that welcomes and respects the role of Milwaukee as the state’s largest, and in my view the best city, to live, work and raise a family.

Milwaukee native Josh Zepnick has represented the 9th Assembly District on the city’s South Side since 2002.