Rebuilding 794 in the Third Ward

It's a beautiful view, but soon enough it will be obstructed again.

Pile drivers bang away between the Historic Third Ward and East Town as crews work to rebuild the eastbound elevated lanes of Interstate 794. The eastbound elevated stretch from the river to N. Milwaukee St. was demolished starting last fall, in a process that had one alderman and a number of area residents a bit annoyed. I’m sure they’re no less pleased with the banging from the current construction work. It’s all part of a massive project that will rebuild Interstate 794 from the Milwaukee River to the south end of the Hoan Bridge at Lincoln Avenue.

For now sunlight rains down on the Milwaukee Public Market and other Historic Third Ward buildings typically shrouded by concrete.

The project will reconfigure the Lake Interchange to a much more reasonable size, given that the Park East Freeway isn’t going to circle downtown and connect at the lakefront like it was originally intended. This will pave the way to make Clybourn a true boulevard and open a number of marquee development sites near the lake. The elevated freeway between downtown and the Historic Third Ward will be rebuilt, still casting its dark shadow, but it will have a number of “enhancements” to make it more appealing, including signage and improved lighting.

All this comes for the cost of $278 million. No public outcries have been heard about the cost of utility relocation for the project, something many must care about only when trains are involved. 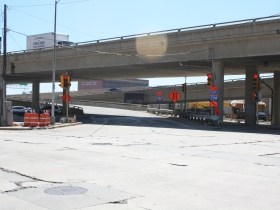 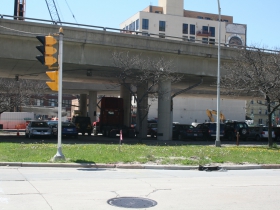 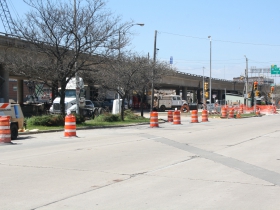 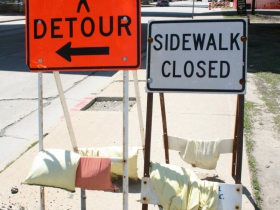 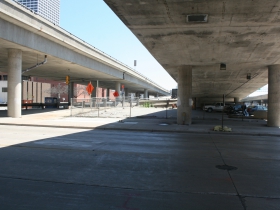 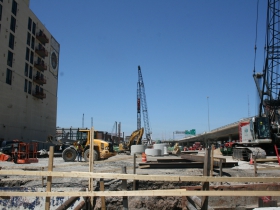 12 thoughts on “Friday Photos: Rebuilding 794 in the Third Ward” 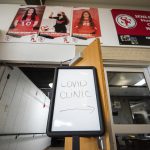