The city's preservation planner calls the shots on changes to historic buildings and districts -- as well as in his own home.

When it comes to living in a historic Milwaukee home, and its care and maintenance, you could say Paul Jakubovich wrote the book on it. It’s entitled “As Good as New: A Guide to Renovating the Exterior of Your Older House.” You can pick up a copy on Amazon for $5.15.

Jakubovich, a city employee since January,1995, has been the preservation planner for the City of Milwaukee Historic Preservation Commission since 2004, where his responsibilities include administration of the city’s 1981 historic preservation ordinance and other tasks involving historic buildings, sites and districts, particularly when new development is planned, or exterior changes are proposed to old buildings.

Jakubovich has a degree in architectural history and practical experience in bricklaying, carpentry, plaster and electricity. He is able to put those talents to use in his Washington Heights home on a pleasant corner lot on W. Vine St.

He bought the 1-1/2 story English Tudor for $65,900 in 1990. It has a full 790 square foot basement “with rec room,” a living room, kitchen, half-bath and dining area in the 790-square-foot first floor and a 630 square foot half-story upstairs with three bedrooms and a bath. A clothes chute traverses the home’s vertical plane as does the chimney for a genuine wood-burning fireplace. 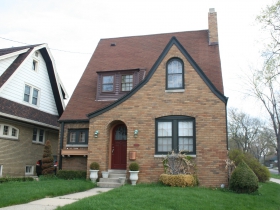 Mewes was a contractor, apartment building owner and a member of the City of Milwaukee board of Review.

In 1972 the home was up for sale with an asking price of $19,900. The real estate agent got pretty worked up per square foot, all things considered, when he wrote, “English Colonial vine-covered cottage – Huge LR with NFP, formal dining room with crystal chandelier, a bright step-saving kitchen.

“This is the perfect home for the man who wants to spend his time fishing instead of working around the house.”

Jakubovich seems more like the work-around-the-house guy than a devotee of Izaak Walton, and the home appears attractively landscaped and well tended, including some effusive window box plants at the front end of the house.

A 1972 visitor from the assessor’s department was quite disappointed in the rec room of the home. “N.V. (Doesn’t add value to the home. Not done attractively. Concrete floor).” We should imagine Jakubovich has taken care of that indignity, and that his basement rec room now adds to the value of this home. The assessor reckons the land at $12,900 ($9.08 per square foot) and the improvements at $137,700 for a total valuation of $150,600.

This area immediately west of downtown was entirely agricultural until the 1893 establishment of a Wisconsin Lutheran Synod seminary at N. 60th and W. Lloyd streets. Even that was hardly a giant leap toward the urbanization which was to come around 1910 when a building boom was ignited here that remained until the depression. Some 95% of the homes in Washington Heights, including that of Jakubovich, were constructed between 1910 and 1930. Some of the residences on the densely packed blocks are fanciful indeed, while many riff on various themes of bungalow-craftsman architecture. Some homes of modest size have beguiling details and have been well maintained over the years as Washington Heights retained its middle-class character. The north-south streets are unnecessarily one-way.

Among Washington Heights residents and House Confidential honorees is Mayor Tom Barrett, who is the middle-classiest person you are ever likely to meet. The Heights is also home to Department of City Development Director, and former Jakubovich boss Rocky Marcoux, another House Confidential honoree. It is felt by some that residence in Washington Heights augurs well for a career in City Hall. Jakubovich, at just under 5 blocks from the mayor’s home, seems particularly well sited.

Paul Jakubovich, a nearly 20-year veteran of City Hall, has been involved in dozens of historic renovation projects in the city over the years. It is he who provides guidance to neighbors and developers when changes are in store for historic buildings and districts. Probably he, more than any other person, is responsible for the paint and decoration schemes on the exteriors of historic buildings here, since he is a scholar of period-appropriate color schemes, and he calls the shots.

For many years the Historic Preservation Commission was an adjunct of the Department of City Development. This was an uncomfortable alliance, as the DCD and the HPC were not always aligned on projects planned for the city.

Today, the HPC is a unit of the City Clerk, which offers greater autonomy and a degree of political immunity to its staffers.

Paul Jakubovich will be honored for “a lifetime of work in historic preservation” on May 15th, 2014 by Historic Milwaukee, Inc., which will give him its 2014 Preservation Award.

The event will take place from 6 – 8 p.m. at the Urban Ecology Center at Washington Park, 1859 N. 40th St., not far from the playing fields of the Milwaukee Bicycle Polo Club. The event is free and open to the public, however attendance is limited to 100. [RSVP here.]

Historic Milwaukee, Inc. has also selected the Washington Heights neighborhood for its 2014 Spaces and Traces Tour on Saturday, May 17th, 2014 from 9 a.m. to 5 p.m. Advance sale tickets at $20 for members and $25 for non-members are available now. However, the Jakubovich residence is not on the tour. Click here for details.

How Milwaukee Is It? The residence is 4 miles from City Hall, where Jakubovich works. 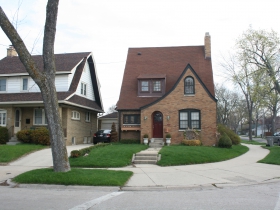 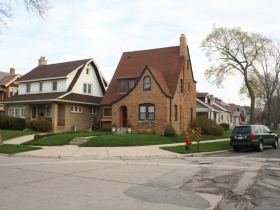 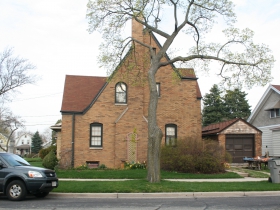 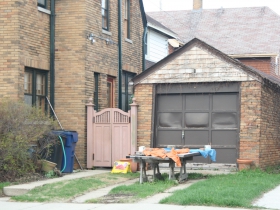 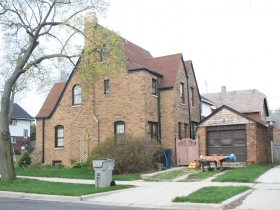 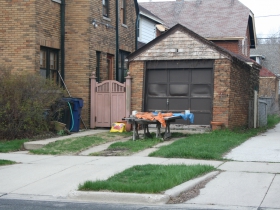