This handsome 1934 stone home with its red tile roof is among the many well-built residences in the Washington Heights neighborhood. [Its motto: “In the City — Out of the Ordinary”] The area, on the western edge of the City of Milwaukee, had its beginnings when the streetcar made its way there in the 1890’s. An additional attraction, then and now, was its proximity to Washington Park. The 2,239 square foot structure, the residence of Milwaukee Department of City Development Commissioner Richard M. “Rocky” Marcoux and his wife Christine F. Marcoux, occupies a 6,700 square foot lot of clay soil overlying a deep bed of limestone, at one time quarried commercially in the vicinity, which was once dotted with springs. Nee-ska-ra water was bottled at one of the springs, which gave its name to the Neeskara School located a few blocks away. 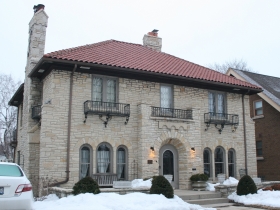 No alleys mar the real estate here, part of the Enterprising Land Company’s Subdivision #1, so Marcoux, like others similarly situated, must haul his own trash and recyclables to the curb. His property lies on Garbage Route CP4-4C, which puts him on the Monday schedule this winter.

The home is assessed at $333,800, although it had been valued as high as $393,500 in 2006. It consists of 4 bedrooms, 2 full baths, 2 half-baths, and a rec room, but apparently no basement. Not to worry, for Rocky has an ample 20 foot by 20 foot detached garage on the property, a perfect hideaway or location for a woodworking shop, since he is handy at that. Hot water courses through the walls of the building providing gentle heat, augmenting the glowing hearths of the home’s two fireplaces. The torrid summers of the West Side are tempered by drafts of cool, soothing air that flows through the structure’s central air conditioning system. Taxes are $10,070.33, which are paid on the installment basis, with payments current.

The Washington Heights Neighborhood Association, with its 24 officers and representatives, is one of the more active of such organizations in town, hosting a number of events throughout the year. The annual Easter Egg hunt will take place on March 23rd (registration is March 17th at Cold Spoons Gelato – 12:00-2:00). Then there is the neighborhood rummage sale in June, the Boulevard Bash in August, and other activities of a solid, middle-class nature, just like the area itself.

Not content just to be a good neighbor, Marcoux has served his neighborhood organization as an area representative, a board vice-president and its secretary.

Rocky Marcoux is one of 8 children born to a working-class Connecticut family. He moved to Milwaukee to attend Marquette University, where he graduated in 1983. This “processed cheesehead,” as he calls himself, went on the public payroll in 1986 working for the City of Milwaukee Housing Authority, eventually running the place. In 2004 he was selected as the Commissioner of City Development, overseeing the work of 200 people.

He is “part bulldog and part evangelist,” according to his official biography, lobbying hard to bring development to the city’s 97 square miles. You win some and you lose some in this game, and Marcoux lost big when Kohl’s Corporation made the boneheaded decision to locate their headquarters in the Waukesha County fashion capital of Menomonee Falls. Marcoux suggested the Park East as an ideal site, and even went to the effort to demolish Sydney Hih, the single remaining building in that corridor, and what did he get for his efforts?

Dame Fate ruled in his favor this year when Northwestern Mutual announced plans to construct its headquarters downtown, not asking for a single taxpayer dollar up front.

Marcoux had a positive coup this month when he was able to arrange a reconfiguration of the freeway ramps and Lincoln Memorial Drive corridor that mars the city’s most valuable downtown lakefront  real estate. While speaking at LISC’s MANDI awards last night, Mayor Barrett suggested Marcoux’s efforts on this issue were worthy of a Nobel Prize (nearby Washington Park also took home the Brewers Community Foundation Public Space Award). Some on the Common Council would differ from this viewpoint, including such aldermen as Bob Bauman and Nik Kovac, who led the opposition to Marcoux’s reappointment as DCD’s head.

How Milwaukee is it? Distance to City Hall is 3.9 miles on foot. A number of different bus routes will get you there, unfortunately none go down Washington Boulevard anymore what with Milwaukee County’s ten years of service reductions and fare increases. 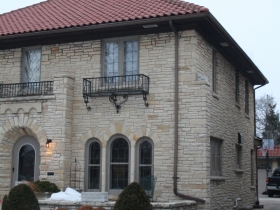 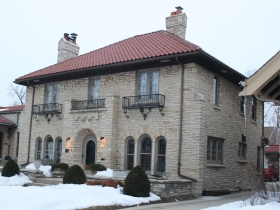 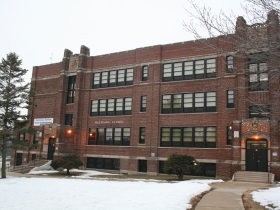 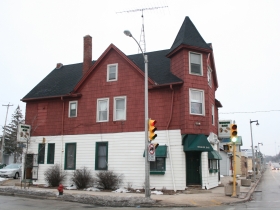