Wisconsin was a leading state for quarries. This one was where Miller Park is now located. 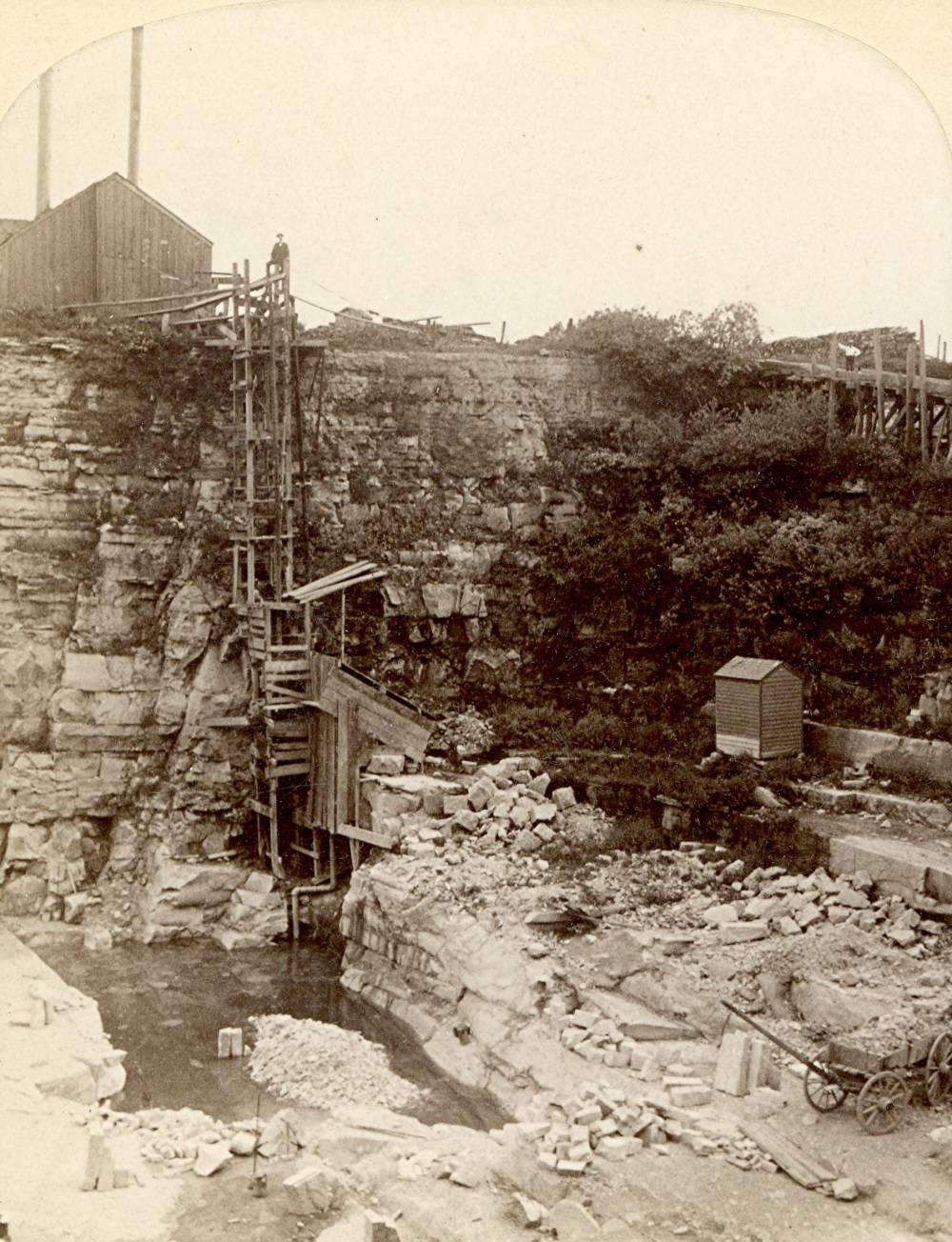 This is the final view of the Menomonee Valley series. This is a view of one of the stone quarries along the south bluff of the river.

The earliest quarry was begun by Hiram Story who settled here in the 1840s. The quarry produced high quality stone used for building construction. Many other quarries in this part of the state were mainly to produce lime for the manufacture of cement. “By the 1870s and 1880s, quarrying of stone had become a major industry…  and by 1890, Wisconsin ranked 12th in the nation in the number of quarries,” the Wisconsin Historical Society notes.

The Story quarry was vast. Today’s Miller Park and the northern parking lots are on the site of the quarry. Some of the Story property would later be used for residential development, creating the Story Hill neighborhood. Other stone miners competed with Story following the same bluff to west of Hawley Rd. Doyne Park is another former quarry site. This is quite a contrast to the first photo in this series of an idyllic river scene.