Developed well after the Milwaukee River, the Menomonee was still a good place to walk through nature. 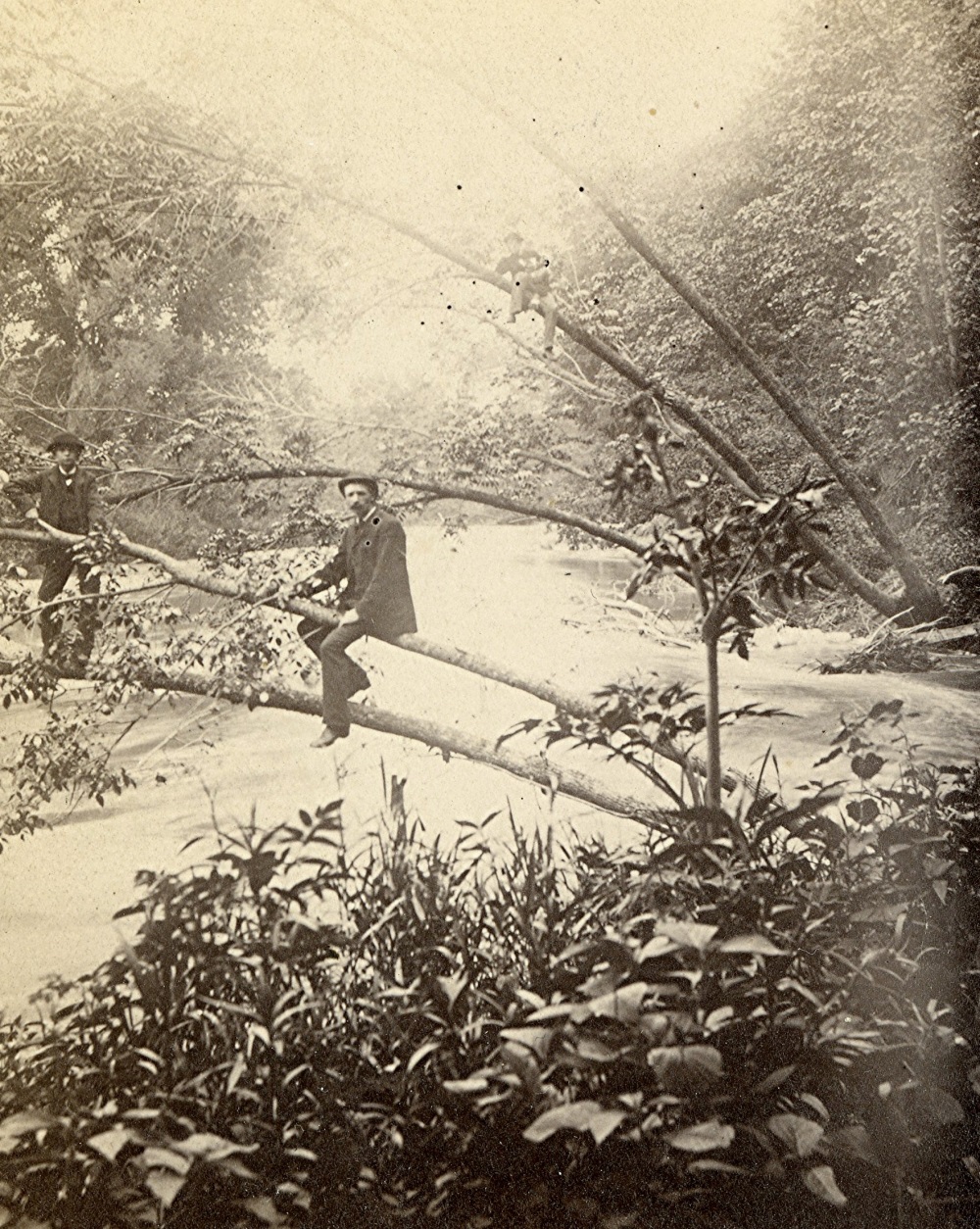 What is now the Milwaukee harbor is the meeting point of three rivers – the Milwaukee, Menomonee and Kinnickinnic. In the early days of this city the Milwaukee was the first to be settled along and developed. It provided build-able land (remarkably scarce in what is now downtown Milwaukee in the earliest years), water power, and boat access to Lake Michigan.

The Kinnickinnic and Menomonee would take more time to be developed; the first being a much smaller stream; and the second lazily winding through a marsh. The Menomonee was not very navigable and useless for any water power. But it would prove very useful for railroads and heavy industry.

This is one of a series of stereoviews titled “Views in the Menomonee Valley,” from the early 1880s. The photographer is unidentified and very few of these images seem to have been produced. A few young gentlemen appear in the views who have been enjoying a walk in the valley. This is the most idyllic setting they could find, perching on a tree hanging over the river. The next few weeks will offer more views of this most unlikely “nature walk.”