A new study by the UW-Milwaukee Employment & Training Institute puts into stark relief the problem of inequality in America, dramatically localizing the problem in Milwaukee County. Using data from the most recent state tax filings, the study finds that working families in the county’s wealthiest zipcode averaged just over $253,000 in annual income in 2012, or 12 times more than working families in the county’s poorest zipcode, who averaged slightly more than $20,000 that year. 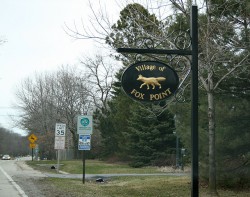 The county’s most wealthy zipcode, 53217, including Whitefish Bay, Fox Point, Glendale and River Hills, is located just a few miles northeast of the poorest zipcode, 53206, which includes the inner-city area between North Ave. and Capitol Dr. and between I-43 and 27th St. Yet the latter zipcode is as downtrodden economically as it’s possible to be in Milwaukee County.

It’s not for want of people working. Indeed, the study found by far the county’s highest concentration of working families in dense inner city neighborhoods on the near south and north sides, including the 53206 zipcode. “It’s an urban myth that children in these neighborhoods don’t see people going to work,” says ETI Senior Scientist Lois Quinn, the study’s principle author. “They see thousands of people going to work. They just don’t see many who are earning a good living.”

Many of these households are single parent families. The study found that over half of the county’s single tax filer families earned less than $25,000, “suggesting low wages, part-time jobs, high job turnover, and less than year-round employment.”

The problem of an economy where many jobs pay less than a family supporting wage is compounded by the negative impact of recent changes in state policy by Gov. Scott Walker and Republican legislators. The study found that reductions in the Earned Income Tax Credit caused a loss of $17.2 million for lower income Milwaukee County families in 2011 and 2012. About 42 percent of that money — $7.2 million — was lost in just six inner city zipcodes, the study found. This means there’s less money circulating in poor neighborhoods and may help explain a counter-intuitive finding of the study: even as the economy was on the upswing in 2012, there was an unexpected drop in employment for single parent families in Milwaukee County.

Just as surprising, employment for single parent families in this county had actually remained steady during the economic meltdown: from 2007 to 2011 there was little change in employment. “Because of their concentration in lower-paying service and retail industry jobs (in child care, nursing homes, food service, part-time retail, temp work), it appears that many single mothers were able to ‘ride out’ the recession,” the study notes.

But in 2012, when the economy was on the upswing nationally, the number of employed single parents in Milwaukee County dropped by 4.6 percent, the study found. Why the reduction in employment?

One contributing factor may be a decline in “Wisconsin Shares” child care subsidies going to Milwaukee County families, “which dropped by 36% — from $199.9 million in 2009 to $127.6 million in 2013, with the cumulative loss of child care funds over the last four years totaling $228.5 million,” the study notes. In response to complaints of abuse of this program, the state has tightened up eligibility requirements. While that may have yielded a leaner and better-run program, this change, too, means less money circulating in the inner city. When combined with the reduction in earned income tax credits, this might have depressed consumer spending in the city, which can ultimately have an impact on jobs.

The recent admissions by Wal-Mart that its revenues declined after Congress cut back funding for food stamps gives a good example of how cutting subsidies for the very poorest has an immediate downward impact on consumer spending.

Quinn notes that as employment for single parents in Milwaukee declined in 2012, that meant less of them were eligible for subsidized child care, which likely led to a drop in the employment of child care workers.

A big part of the inequality story in both America and Milwaukee revolves around single parent families. Nationally, the proportion of families headed by a single parent has grown from 8 percent in 1960 to 33 percent today, and single mothers in particular have typically earned less.

In the black community, skyrocketing rates of imprisonment have drastically reduced the number of African American men who could help support a family. A previous study by Quinn and ETI on this problem has gotten considerable media attention, including from Urban Milwaukee. While some of the policies (such as   the “war on drugs”) causing this problem have changed, the reform came too late for many: “more than half of African American men (ages 30-44) from Milwaukee County” now have prison records, ETI’s new study notes and “many ex-offenders have difficulty finding sustained employment after release.”

The gulf between one and two-parent families in Milwaukee is made crystal clear by this study, which finds that “the vast majority (83%) of working-age family filers (with dependents) who earned $50,000 or more in 2012 were married couples, while the vast majority (90%) who earned less than $10,000 were single filers.”

“Within the small geographic area of Milwaukee County,” the study notes, “children have access to vastly different economic supports for their housing, food, clothing, health and other basic necessities as well as for educational resources and social opportunities.” And that problem, to judge by 2012 income tax data, is actually getting worse.

-Most of the comments in my recent column on Congressman Paul Ryan concentrated on the last few paragraphs, regarding his comments on inner city males “not even thinking about… or learning the value and the culture of work,” and which in context seemed aimed at black males.

But most of my column actually dealt with his slap at parents of children who get free or reduced price lunches. Ryan’s contention that this proves these parents don’t care about their kids — an opinion he has never retracted — encompasses a much wider swath of America. As I noted, 52 percent of all students in Ryan’s home town of Janesville get free or reduced-price lunches and state statistics show that less than five percent of the district’s enrollment is black. It would appear that families of all races and creeds don’t care enough to give their children a brown bag lunch.

And statewide, as a Legislative Audit Bureau study found, 52.5% of all food share (food stamp) recipients are white. In a country and a state where inequality reigns, such government subsidies are the only way for many families to eat a decent meal.