Last month, the Milwaukee County Board rode in on its white horse and passed a resolution to solve the problem of taxicabs in this city. It was, to say the least, an odd piece of legislation. 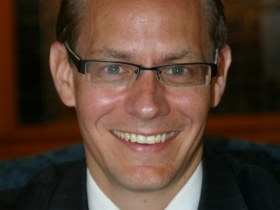 Ald. James Bohl offered this assessment back in September: “I am increasingly disturbed by media speculation and naïve political commenting giving any weight to the absurd trial balloon being floated by the Milwaukee County Board, expressing their desire to negotiate a “take-over” of taxicab regulation and licensing for the metro area.” The proposal, he charged, “is not serious, and giving any further weight to the ‘side show’ idea only risks to further delay a reform process that has been dragged out for far too long.”

Undaunted, the board passed its resolution by 14 to 4 and overrode County Executive Chris Abele’s veto.

No one can deny the need for reform. As I’ve reported previously, Milwaukee has one taxi for every 1,850 residents. That compares to one for every 319 residents in Phoenix, one for 424 Chicago residents and one for every 551 residents in San Francisco. A key reason for this a resolution passed by the Milwaukee Common Council in 1992 that capped the number of taxicab permits at 321. Since then the cost of these permits has risen from just a few thousand dollars to as much as $175,000 or even $200,000.

Most of those permits are owned by Michael Sanfelippo, whose companies generate in the neighborhood of $23 million annually, while drivers who lease the cabs make an average of $30,000 per year. “Its basically a system of indentured servants, a company store mentality,” says County Supervisor John Weishan, who has been leading the charge on this issue. “I’ve heard nothing but complaints about the taxicabs.”

The libertarian advocacy group, Institute for Justice, which represents taxicab drivers in Milwaukee, has argued that there should be no cap on permits. Just let the free market work, they argue. Circuit Judge Jane Carroll found the Institute’s argument quite compelling, ruling in April that the city ordinance creating the cap on permits violated the state constitution’s equal protection and due process clauses.

But Milwaukee is not the only city in America with a cap on permits. The argument against them is that unlimited competition results in a situation where there are too many cabs and drivers can’t make a living. Who’s right about this? I’m not sure.

As Ald. Robert Bauman noted to Urban Milwaukee,  the Public Transportation Review Board held a long hearing last February “at which there was a lot of testimony for and against removing the cap. Based on that testimony a modified version of the legislation was introduced that proposed to remove the cap over a number of years so the process of expanding cab licenses could be monitored in terms of any adverse impact on public service.” 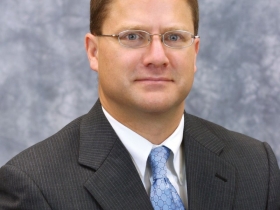 Enter the county on its white horse. Weishan is clearly not satisfied with the city’s solution and wants an end to any “artificially determined number of cabs.”

That sounds quite definitive and is a tip off to the county board’s approach here. At first glance, its resolution calls for negotiations with the city, but the language makes clear there is little room for disagreement. The resolution “directs” the county executive to negotiate with the city to have the county take over regulation of taxicabs, and commands that “negotiations will be completed by December 31, 2013, with the transfer and implementation of service by June 1, 2014.”

The language appears to be yet another example of the board attempting to squash the county executive and give him no room to maneuver in these “negotiations.” That’s business as usual in the crazy courthouse. But since when does the board get to dictate what the city should do? Weishan doesn’t help things by referring to the city’s “entrenched bureaucrats with petty reasons for doing things.”

For better or worse, the Common Council has held several hearings on this issue to try to arrive at the right solution. The board hasn’t held any, yet quickly passed a resolution with its own solution.

Abele veto message suggested the resolution conflicts with state law. “The clear, plain language of the state statutes vests the authority to regulate and license taxicabs with cities, villages and towns.”

Bauman also says he’s not sure its legal. “That is why I have requested a city attorney opinion on whether the city can delegate its power to regulate taxi cabs to the county via an intergovernmental agreement. This opinion is being researched.”

Weishan believes the statutes would allow the county to provide a service for a municipality, but concedes this would require the approval of the city. If so, how can the board command the executive to secure control?

Abele’s veto message also noted that the City has over 4 departments that play a role in the licensing of cabs, “including the Licensing Division, Treasurer’s Office, Milwaukee Police Department, and Department of Public Works.”

Weishan, however, notes that the county now oversees the buses and paratransit services and regulation of taxicabs naturally complements this. The idea of one body overseeing all cabs in the county sounds sensible, but the fact is that most cabs operate in the city, which has established an expertise in this area.

Bohl’s news release all but obliterated Wieshan’s claim. “I am not convinced that members of the Board have a sufficient understanding of the entire regulatory, administrative and legal process required for administering both taxicab and… public passenger vehicle licenses in accord with state law.”

“The process requires routine monitoring of vehicles and drivers alike. Does the county have or is it even realistic to expect them to be able to set up the administrative process to handle this? There are criminal background checks required of hundreds of applicants… While I know the Sheriff’s Department does background checks, is it prepared or able to create or expand a division to handle routine licensing?… Then there is a legal hearing process that is quasi-judicial in nature and requires careful adherence to provisions protecting due process property rights with renewed licenses. Is there any understanding on the part of County Board members as to how this process would function on the Board, who would staff the hearings, how it would be administered, who would provide the legal advice, how appeals would be handled, etc.?”

Then, Bohl added, there are street inspections of taxis by Milwaukee police “to insure compliance with regulatory requirements: taxis must have trip sheets, comment cards, proper display of licenses and requirements for sealed meters,” and must be “in proper and working appearance. Will the Sheriff’s Department be able to devote resources to continue proactive investigation of these mundane regulations…? Will the county be able to have sufficient staffing to run tests on meters or to set up sufficient and routine inspections of taxis that get pulled off the road for an accident and violation and need routine re-inspections to keep the owner and driver in business? How broad of an infrastructure system is in place in the County which, last I knew, administers the transit system through an outside contract?”

“Can anyone realistically — considering any of the above points — believe there is any chance of the County adequately running, let alone making any improvement to, the cab industry in Milwaukee?”

The Common Council is convinced its changes in how permits are handled will be upheld by the courts, based on advice of the City Attorney. Just two days ago, the council’s Public Safety Committee voted 5-0 to increase the number of cab permits by 100, and the unanimous vote suggests it may sail through the full council.

“I think there was no chance for the county proposal before,” Bohl says, but adds that this new ordinance means there is “no chance with icing on the cake.”

As my colleague Michael Horne has reported, County Board Chair Marina Dimitrijevic has decided to run for the 19th assembly district. She told the Milwaukee Journal Sentinel that she may hold on to her job as county supervisor while also serving in the legislature.

That might just raise eyebrows in town. I would expect her opponents might accuse her of double dipping and question whether it best serves democracy to have this much power held by one representative. Dimitrijevic, however, is very popular with voters and is already racking up endorsements, including from Mayor Tom Barrett. So maybe voters won’t care. We’ll see.

7 thoughts on “Murphy’s Law: Can County Board Solve Taxicab Problem?”