Milwaukee wasn't the only city celebrating the day, as these photos document.

Last Friday, Urban Milwaukee with our partners NEWaukee, and the United Performing Arts Funds took part in Park(ing) Day 2013 by bringing music and mini-golf to the streets of Milwaukee.  We share this story from Streetsblog to show what other groups around the nation did for their Park(ing) Day 2013.

It was only eight years ago that the international movement known as Park(ing) Day got started (in San Francisco or New York, depending on whom you ask). In a short time, this fun way to demonstrate the squandered potential of ordinary parking spaces has become a global phenomenon.

Today, in cities across the United States and around the world, people are using parking spaces to express aspirations for their cities. We’ve compiled some images of their work — from Muncie, Indiana, to Berkeley, California. I think these demonstrations offer a pretty powerful message about the demand for more livable cities. Check it out:

Hartford, Connecticut, via Hartford Has It:

There are so many Park(ing) Day spots we could only feature a few. According to Park(ing) Day organizers, 162 cities in 53 countries have reported they’re participating, but there are likely more. Kudos to all the people around the world who made this happen! 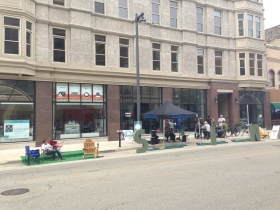 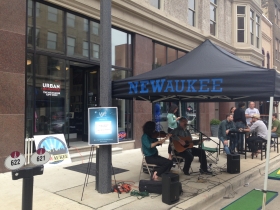 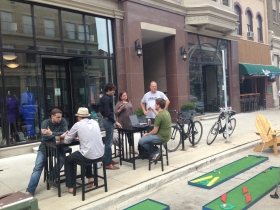 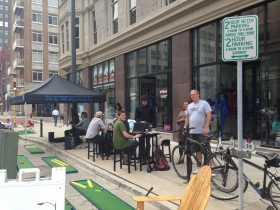 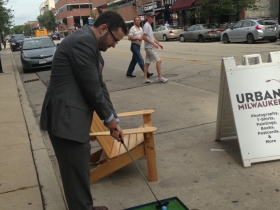 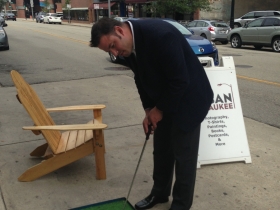