70 photos capture the secrets of City Hall and views from the tower which countless people enjoyed at Doors Open.

It’s not everyday you get to ring the bell at City Hall, but during Doors Open Milwaukee this past weekend countless people did, including this writer. The tour starts with a climb up the staircase on the eighth floor with a short layover in the former bellman’s residence.  The bellman has long since been replaced with a computer but pieces of terracotta from the building and old hands from the bell tower’s clock were on display.

On the way to the bell the tour takes a detour on the tenth floor where we were able to climb out on to the the roof of City Hall to take photos and enjoy the remarkable views of the city.  Then it was up a spiral staircase to ring the bell.

As if climbing the heights of City Hall wasn’t enough to make the tour worthwhile, on the first floor there was another surprise for tour-goers. The MECCA floor was making its first public art appearance. From above you can see it formed a large question mark.

Don’t miss Doors Open 2014 for your chance to ring the bell! 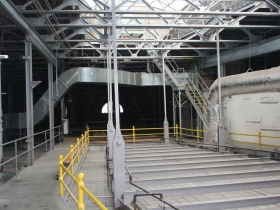 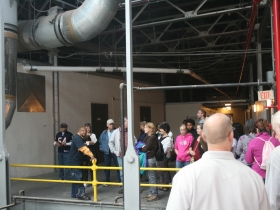 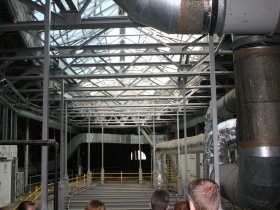 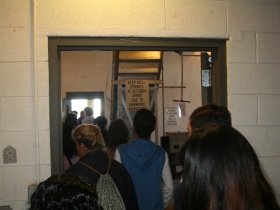 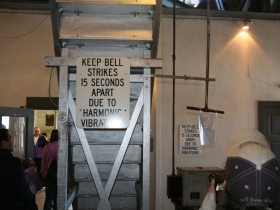 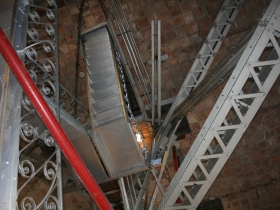