The small colonial is one-twentieth the size of the Governor's Mansion, with a sadly neglected yard and fence.

Does the road to 1600 Pennsylvania Avenue run past 520 N. 68th St.? At least one resident of this Wauwatosa home probably hopes so — and I bet her husband does, too.

This is the homestead of Scott Kevin Walker and his wife Tonette Marie Tarantino Walker. They are the Governor and First Lady of Wisconsin, and have lived here since they bought the residence for $310,000 on February 28th, 2007 after it had spent 261 days on the market.

The Walkers share the home with their two sons, Matthew and Alex.

The City of Wauwatosa is conflicted as to the date of the home’s construction, listing it as either 1918 or 1924.

This was the era of early suburban expansion, where folks like A. E. Voss, the first owner, would purchase tidy stucco homes on vast [by central city standards] quarter-acre lots like this one in Wellauer’s Addition No.2.

Convenience to public transportation was a stimulus to the development of this neighborhood located just blocks from the streetcar line. 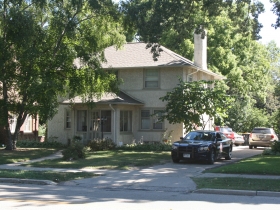 “Near Public Transit,” the City Assessor’s file on the Walker residence notes approvingly. To this day, the #76 bus runs right past Scott Walker’s driveway with its ubiquitous state trooper squad parked there.

There is “Heavy Fronting Traffic” just west of the 37 foot setback of the home where a decidedly urban sidewalk runs like a concrete pedestrian superhighway along busy N. 68th St.

The pedestrian who pauses to scrutinize the governor’s home may have to produce ID for the trooper, as did the House Confidential photographer.

But an inspection of the photos show that Governors’ teenage sons are apparently exempted from the domestic responsibilities typical of their peers. Here a tottering wooden fence begs to be whitewashed before rot overcomes it; there a line of Hostas remains un-deadheaded weeks after their blooms have expired; shrubs and trees are untrained, potted flowers languish, the lawn turns to dust and the whole begs for water to pour forth from the neglected hose.

Yet for all of this, the bureaucrats at the Wauwatosa City Hall rate the landscape as “Same as Neighboring.” This is an affront to the neighbors!

In front of the home, a pole light fixture attempts to provide decorative illumination, yet only one of its three branches glows, while the other two have burnt out.

Question: How many governor’s sons does it take to change a lightbulb?

The first family of Wisconsin have a full, “unfinished” basement of 816 square feet underpinning their home. The subterranean level includes a half-bath and shower in the basement. The first floor consists of 896 square feet shared with an attached 2-car garage. The living room, dining room and sunroom all have oak floors, while the living room and dining room are graced with birch trim. Hard pine covers the floors of the home’s 4 bedrooms. The kitchen is “Average,” as is the home’s exterior condition. The interior is “same as exterior” as to condition, with “Good Bathrooms.” The two full baths include a shower over tub, a shower stall, a vanity and a whirlpool for the governor to wash his cares away. There are 13 plumbing fixtures total in the whole house! A natural wood fireplace helps the gas-fired, hot-water heating system keep the governor’s home toasty through the chilly winter, while a central air conditioning system installed in 2005 for $13,731 keeps the home cool in summer when zephyrs from Arkansas turn Wauwatosa East to toast.

Probably the coolest feature of the home is the 12 foot by 20 foot in-ground pool installed way back in 1983. Maybe the boys take care of that as part of their chores.

After all, this is not the Executive Residence, their home in Madison with its 20,000 square feet, 34 rooms, 13 bathrooms and 7 bedrooms and fireplaces, along with a staff of 8 to keep things in order like whitewashing the fence, trimming hostas and swapping out burnt light bulbs. Kids these days.

In January 2017 when the moving vans will pull out of this future presidential house museum on N. 68th Street bearing the Walker family’s earthly goods to the White House they will likely head east on W. Bluemound Road, just around the corner.

On the way to Washington the cavalcade will pass the Milwaukee Professional Firefighters Union Local 215, the Teamsters Local 200, the Milwaukee Building & Construction Trades Council AFL-CIO, and the Communications Workers of America Local 4603 all based on that major street.

Scott Walker will have vanquished them once again as he heads to shape the nation in Wisconsin’s image.

This projection is a fantasy, but it is not nearly so fantastic as it might have seemed just four years ago when Walker was reinventing Milwaukee County as the first Republican to hold the non-partisan office of County Executive. Even then there was a sense that Walker had his eyes on a greater prize than the state’s largest county; after an abortive attempt to run for governor in the 2006 primaries, Walker ran and won in 2010 on a program of jobs, 250,000 of them to be precise.

He was no sooner in office, though, than legislative initiatives never discussed during the election were front-burner topics of great and immediate import. [Even before taking office, Walker turned down $800 million of rail transit aid.]

Busting the unions was an issue that was never discussed during the election, but led the list of initiatives passed by the legislature. This caused a rebellion in the state, and forced a recall election for Walker, which he survived, now as a national figure who had raised unlimited sums from donors in every state, and made so many new buddies.

Walker has since spent much of his term travelling widely giving speeches and raising money at conservative forums throughout the country. He is frequently mentioned as a potential presidential candidate in 2016. 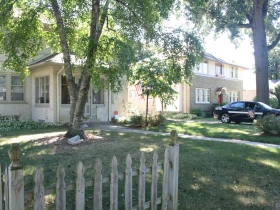 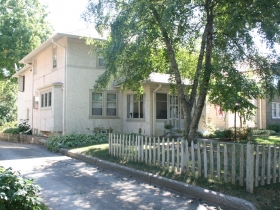 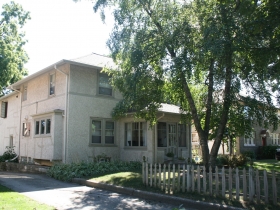