The Potawatomi Bingo Casino Hotel is rising, as our photos show, but with two floors fewer than planned.

The Forest County Potawatomi Community’s new casino hotel, located at 1721 W. Canal St., is rising fast, but won’t rise as much as planned. Tom Daykin of the Journal Sentinel recently reported that the hotel, which was originally planned to be 20-stories, has been cut back to just 18-stories. The removal of two floors is reportedly to keep the project’s cost in line with original estimates. The 381-room luxury hotel was to have a restaurant, retail store, meeting rooms, exercise facilities, bowling alley, spa, indoor pool, club room, and a bar located on the top floors of the hotel.  But according to Daykin, the spa has been dropped from the plans and the top two floors are being redesigned to accommodate hotel rooms. 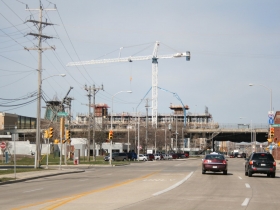 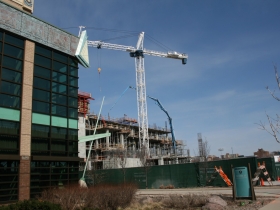 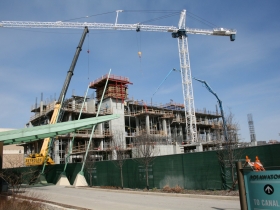 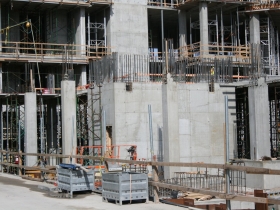 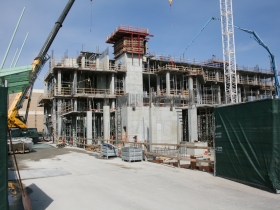 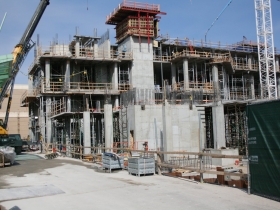