After 42 years, Y-Not has become a Milwaukee institution. 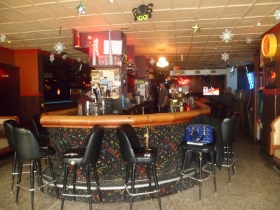 “How do you spell Tony backwards?” queries Y-Not II owner Tony DePalma when asked where the name for his bar comes from. “I said, ‘Well, why not?’”

There’s been a Y-Not bar in town since 1970. “I needed a job, so I opened a bar,” jokes DePalma. He opened the original Y-Not at the corner of N. Newhall St. and E. Belleview Place in 1970. That establishment closed in 1983. However, when the current, and larger, space on 706 E. Lyon St became available, DePalma took advantage and opened Y-Not II in Dec. 1971.

In short, there is no longer a Y-Not, though there is a Y-Not III at 1854 E Kenilworth Place, that’s run by Tony son, Nick De Palma. Meanwhile the four-decades old Y-Not II has become a veritable Milwaukee institution.

It’s a bigger-than-average tavern. The bar sits in the middle of the room, allowing customers to sit around its entire perimeter. It’s original to the building, although DePalma rebuilt it, adding the wooden ledge to “keep people from the other side.” Booths flank both walls. The back boasts enough room for a pool table, darts and multiple tables for bigger gatherings. 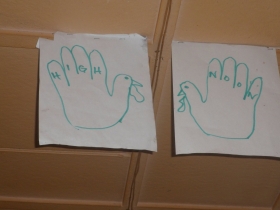 But it’s the little things that keep bringing in customers. Like the varied décor. Hanging from the ceiling is a mixture of holiday decorations, including everything from Halloween to Christmas to St. Patrick’s Day. “We’ve got all your holidays covered,” says bartender Eric Ruth. “The only thing we really didn’t have was Thanksgiving.” However, one customer put an end to that by making hand turkeys, which now hang from the ceiling with the snowflakes, shamrocks and spiders.

Why keep the decorations up all year long? “We’re all pretty lazy here,” Ruth jokes. DePalma more or less agrees. “Plus, people ask about the holiday decorations,” he notes. The only time they ever came down was two years ago for ceiling repairs. But once the work was done, the decorations went right back up.

Another conversation piece is the bar’s right wall, where layers of posters, advertisements and bumper stickers take up any blank space above the booths. DePalma says it’s just easier to keep layering. Every five years the wall is cleared, just to make sure it’s still there.

Another staple of the Y-Not II is DePalma’s dog Ralph, a 14-year-old black standard poodle. Ralph has the run of the bar throughout the day, greeting customers and watching the street action from one of the bar’s front windows. Ralph’s image is even plastered above the left side of the bar. In keeping with the tavern’s holiday theme, each image shows him dressed up for a different holiday. He’s an all-seasons dog. 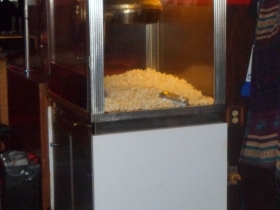 Popcorn at the Y-Not II. Photo by Audrey Jean Posten.

The Y-Not II is also known for its free popcorn and cheap drink specials, a major draw for regulars and newcomers alike. “We’ve had popcorn from day one,” DePalma says. “Well, maybe three weeks in,” he amends, “but it’s been free ever since.” Y-Not II also offers liter mugs of beer for $3.75 or $4.75 per mug, and miniature bottles of liquor, with roughly two shots per bottle. For just $6, customers can get a set-up, which includes two mini bottles, a glass of ice and a mixer. DePalma says he introduced these deals because he wanted to stand out: “I like to set the pace for other places.”

Perhaps the most unique feature is Y-Not II’s morning bar. Originally a butcher shop, the morning bar is a separate room to the left of the main bar, which opens at 6 a.m. sharp and serves customers until the main bar opens at 11 a.m. With the bar open 365 days a year, DePalma says he is proud of the nearly around-the-clock hours the Y-Not II keeps. Y-Not II even hosts Thanksgiving and Christmas dinner for any neighbors that have nowhere else to go.

Reviews on yelp.com typically characterize Y-Not II as a dive bar because of its cluttered décor and cracked and worn booths. While DePalma might prefer a different term, he doesn’t shy away from it. “I’m not a club,” he admits. “It’s just a neighborhood bar.” The tavern’s comfortable, family atmosphere is its key feature, he says. “The bar has gone through several phases, but comfort is always the best.”

Kim Marie Casamento is a regular who has frequented Y-Not II since she was a child, when she would come into the bar on Saturdays and Sundays to help clean up the bottles and ash trays from the night before. Her grandfather was good friends with DePalma’s father and her father worked for DePalma. Casamento says she enjoyed doing the weekend clean-up as a kid because DePalma would let her keep any spare change she found lying around. Little did she know the coins weren’t left over from customers, but had been placed on the tables by the DePalma men before she came in. It was not until a few years ago that she learned the truth. “That was the sweetest thing I’d ever heard,” Casamento says. “I just never knew.”

Customers and bartenders alike are loyal to Y-Not II. One has even been on staff for more than 35 years. “They never leave,” DePalma jokes. Ruth, who has been on the job for nearly five years, says he is the staff’s junior member. “I don’t know why more people haven’t quit,” he jabs. Then, Ruth smiles and offers this assessment of one of the town’s most veteran tavern owners: “He must be doing something right.” 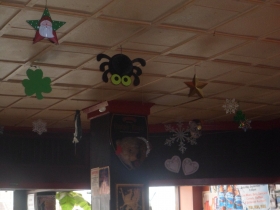 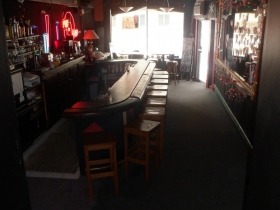 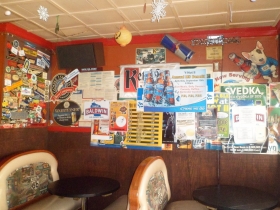 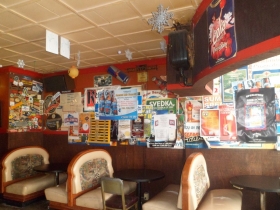