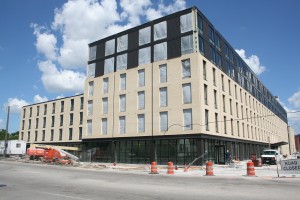 The view from across North Avenue of the soon-to-be complete residence hall.

The building will bring 700 students to the neighborhood, as well as introducing another coffee shop (The Grind) to the area. The UWM Real Estate Foundation will move their offices to the building. We’ve profiled Cambridge Commons extensively here before. 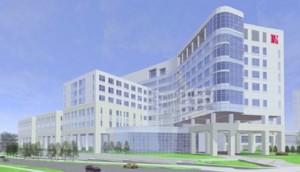 Columbia St. Mary’s is combining their two namesake East Side operations into one modern facility with the goal of saving $19 million annually. The new hospital will introduce a number of new potential customers to North Avenue area businesses. 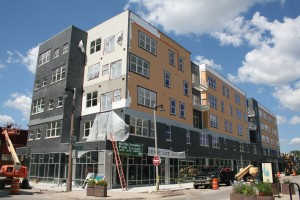 Latitude Apartments under construction on Kenilworth and Farwell.

The apartment will include 90 residential units and 7,500 square-feet of retail space.  It includes 90 parking spaces for residents, as well an additional 14 spaces for the retail tenant. 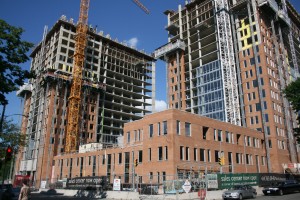 After a significant amount of turmoil around it’s near-empty opening as condos last summer, this project appears headed for better days. Over 70 units are now occupied, primarily as rentals, and a steady stream of moving trucks can be spotted entering the building. Additionally, there is now a fair amount of foot and car traffic going in-and-out of the towers. Well Warren Barr and Amalgamated Bank are likely going to lose a lot of money on the project, but Mallory Properties appears poised to buy the property and run the buildings mainly as apartments.

St. John’s on the Lake – The Expansion 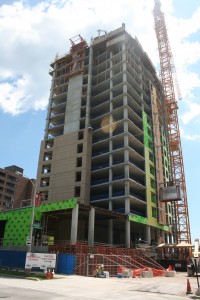 The Expansion under construction at St. John’s on the Lake.

The Expansion at St. John’s on the Lake will include a number of different service offerings including independent living, assisted living, and skilled nursing care.  The Expansion was almost entirely pre-sold before construction started. The property tax loophole for developments like this has been closed.