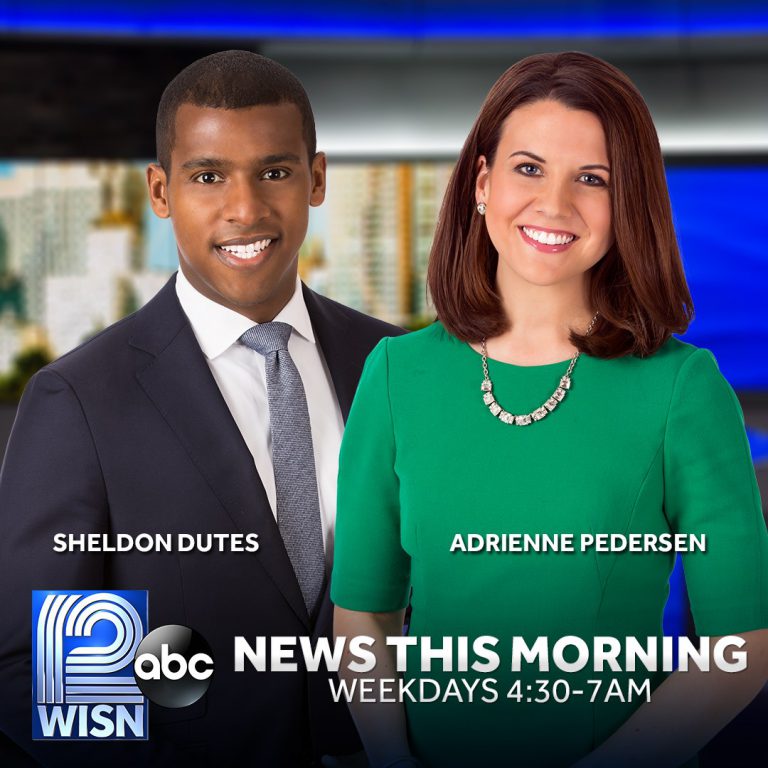 “Adrienne is well-known to our viewers from her reporting and weekend anchor roles and will be a great addition to ‘12 News This Morning,’” says Jan Wade, WISN 12 president and general manager. She adds, “We already know she and Sheldon work exceptionally well together. We’re excited to have them co-anchoring again.”  Meteorologist Sally Severson, News Chopper 12’s Matt Salemme, and veteran reporter Hillary Mintz round out the “WISN 12 News This Morning” team.

Pedersen moves to weekday mornings from weekend evenings, where she has anchored since her arrival to WISN 12 in August of 2016. She came to the station with years of experience working as a broadcast journalist at television stations across the country, including WFLA (Tampa) where she covered important national events such as the 2012 Republican National Convention and the Orlando Shooting Massacre in 2016. Dutes joined WISN 12 in December of 2015 as weekend evening anchor. Before joining WISN 12, he was a reporter in the country’s #1 television market for NBC New York. Dutes also reported for WBAL-TV, Hearst’s station in Baltimore, Md.

WISN 12, the ABC station in Milwaukee, is owned by Hearst Television, which owns and operates television and radio stations serving 26 media markets across 39 states reaching over 21 million U.S. television households. Through its partnership with nearly all of the major networks, Hearst Television distributes national content over nearly 70 video channels including programming from ABC, NBC, CBS, CW, MY Net, MeTV, This TV, Estrella and more.  The radio stations are leaders in Baltimore news/talk and rock music listenership.  Hearst Television is recognized as one of the industry’s premier companies, and has been honored with numerous awards for distinguished journalism, industry innovation, and community service.  Hearst Television is a wholly owned subsidiary of Hearst.  The Company’s Web address is www.hearsttelevision.com.