MILWAUKEE – This past weekend, Mike for Wisconsin hosted over 30 events during a statewide weekend of action in an effort to reach voters and discuss the importance of nominating Mike Bloomberg, a Democrat who is best positioned to defeat President Trump in November.

“The number one priority for Mike is defeating Donald Trump, and Wisconsin is a key battleground state that we will need to win to make this happen. The organization he’s built is investing early in battleground states like Wisconsin to talk to voters who would be ignored until the general election with a traditional campaign,” said campaign State Director Jorna Taylor. “Mike Bloomberg is the only Democratic primary candidate running a national campaign trying to reach voters in states that go to the polls much later in the primary process. This weekend, even in a blizzard, our top-notch field operation contacted hundreds of voters through phone banks, neighborhood canvassing, event tabling, issue roundtables, and house parties.”

Here’s what they’re saying about a successful weekend of action in Wisconsin:

“David Meister of Fox Point, who sported a Bloomberg sticker on his jacket, said he volunteered for the campaign the first day his candidacy was announced. ‘I used to travel to New York once a month on business and I saw that he transformed the city,’ he said.”

“Jeanne Wright, of Mount Horeb in Dane County, also came to learn more about Bloomberg and seemed to like what she heard. ‘You don’t take a knife to a gunfight,’ Wright said of the Bloomberg candidacy. ‘I think the guy is coming with some chops and he can do the job.’ Wright, a Democratic-socialist, has supported U.S. Sen. Bernie Sanders of Vermont and U.S. Sen. Elizabeth Warren of Massachusetts.”

Fox 6 News: ‘Mike can get it done:’ Michael Douglas spoke of late father during stump for Michael Bloomberg

“He spoke from the heart,” said Brad Ducklow of Oconomowoc. “He knows him personally. You know, the fact that he just gave some genuine stories is something that we needed. It seemed real authentic considering his dad just died, and he still came to Wisconsin to campaign. To me, that seems like a pretty cool deal.” 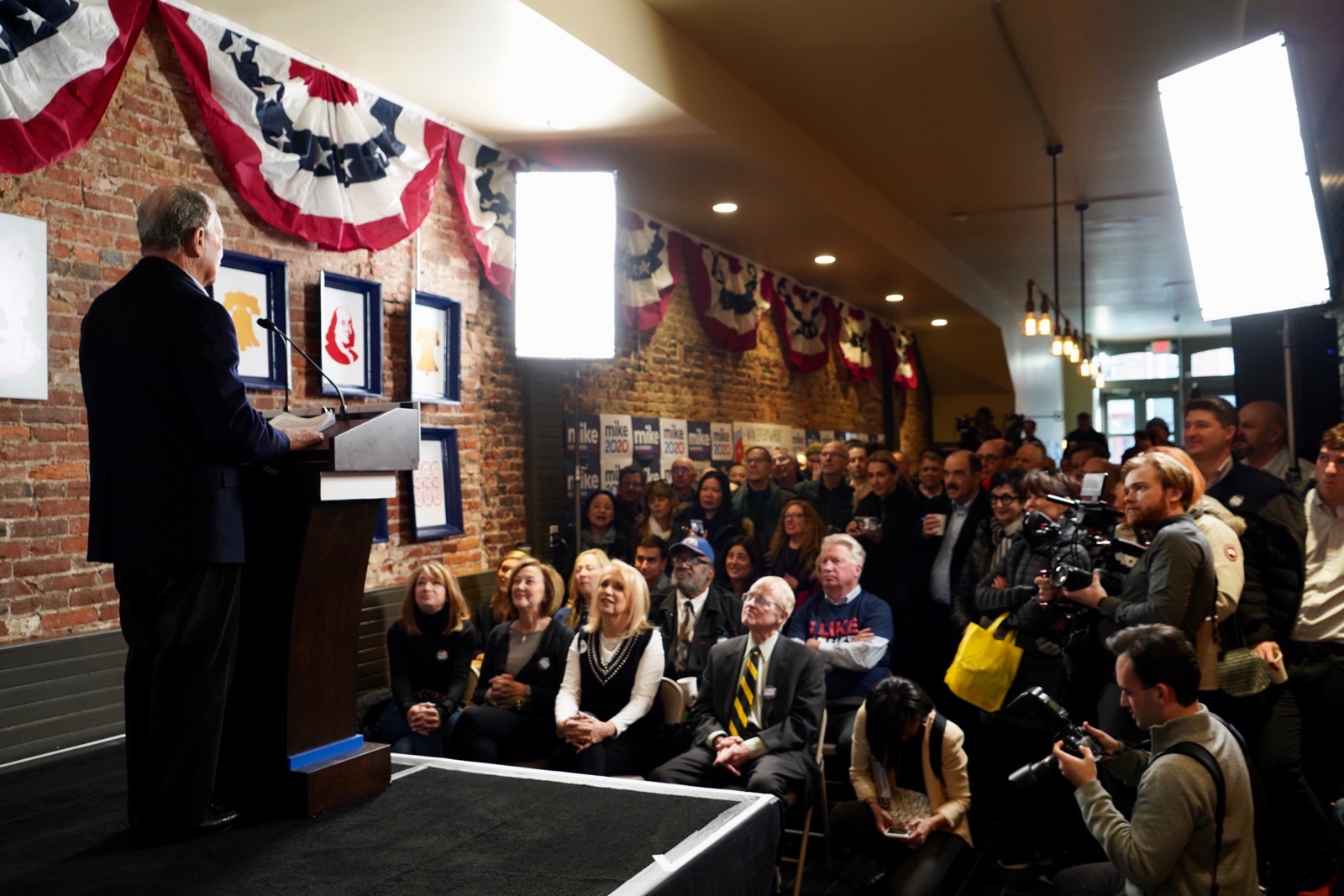