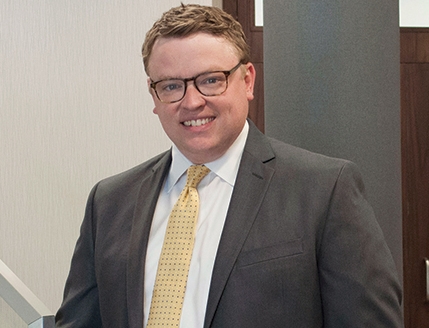 August 23, 2018 – Milwaukee, WI — The Wisconsin Institute for Law & Liberty announced the hire of Lucas Vebber to be its Deputy Counsel and Director of Regulatory Reform and Federalism. Vebber will lead WILL’s efforts to roll-back the regulatory state and overreach and coercion from the federal government.

Before joining WILL, Lucas served as General Counsel and Director of Environmental and Energy Policy at Wisconsin Manufacturers & Commerce, the state’s chamber of commerce and manufacturers’ association. He was the lead legal expert for the business community, participating in a number of legal filings at the Court of Appeals and Supreme Court to advance free enterprise.

Prior to that, Lucas held positions in the state legislature, including policy director for the Majority Leader, and executive branch as a political appointee by Governor Scott Walker. He played a major role in the passage of free market reforms like Right to Work and the REINS Act.

WILL President and General Counsel Rick Esenberg said, “I am excited to welcome Lucas to the Wisconsin Institute for Law & Liberty. His expertise in administrative law will greatly help our efforts in strategic litigation and policy analysis.”

Vebber added, “I’m looking forward to joining the WILL team as we hold government accountable by taking on the ever-growing administrative state.”

Lucas has a B.A. from Marquette University, a J.D. from the University of St. Thomas in Minneapolis. He lives in Wauwatosa with his wife and two daughters. He can be reached at lucas@will-law.org and followed on twitter @ltvebber.

Local presence of COVID-19 not predictive of district decisions