What Do We Really Know About the Link Between Adoption & Trauma Later in Life?

Milwaukee author David B. Bohl, shares his own experiences from adoption and addiction to recovery and healing in his memoir, Parallel Universes-The Story of Rebirth. 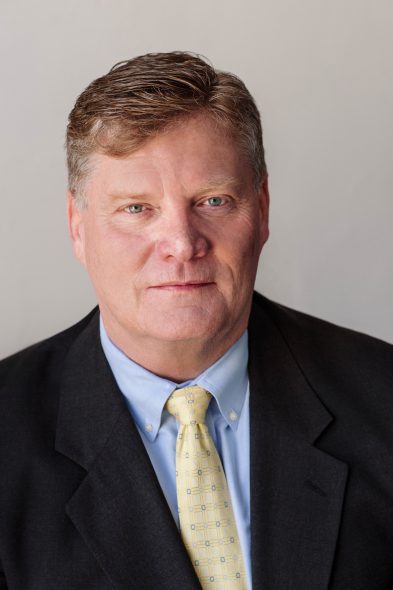 David Bohl. Photo from the author.

For decades Milwaukee author David B. Bohl felt fragmented, incomplete and confused about his identity.

In his recently released book, Parallel Universes –The Story of Rebirth, Bohl writes about how he pieced together a complicated true story –his own.

His story starts when he was born at an unwed mother’s home in Oconomowoc and adopted at 7 days-old by a loving Milwaukee couple. “I was given many things growing up,” Bohl says. “But I wasn’t given the keys to knowing my identity because of the endless uncertainty that comes with adoption.”

Even though he had a loving family, he spent his childhood feeling like an outsider. “When I looked around no one looked like me. I needed to know how do my genes explain who I am? Why was I put up for adoption? Who were the people who brought me into the world?”

Bohl is the former Director of Addiction Services at Rogers Memorial Hospital, Oconomowoc and today his independent business, Beacon Confidential LLC, is located at the Hudson Business Lounge in Milwaukee’s Third Ward

He works with clients and families in Wisconsin and nationally who experience substance use disorders and trauma.

It was over five decades before he definitively found his genetic roots. “I’m 57 today, and it was about 3 years ago when I learned the name of my birth mother. Unfortunately, I never met either biological parent because my mother passed away at 56 in a homeless shelter, and my father died at 46.”

Over the years Bohl put a game face on and became an overachiever in everything he did including academics and sailing. Underneath, though, he was dealing with a life-long developmental trauma that manifested as shame.

Bohl, a graduate of the University of South Florida and Hazelden Betty Ford Graduate School of Addiction Studies, is a member of the National Association for Alcoholism and Drug Abuse Counselors (NAADAC), American Adoption Congress (AAC), and Concerned United Birthparents (CUB), explained, “For decades I felt fragmented, but alcohol and pills helped quiet those feelings and keep me going. Until they stopped working, that is.”

He realized he had to find a healthier lifestyle in order to survive and flourish.

And so he began by digging deep inside himself, not knowing what he’d find. What he found was that the process helped him heal and reclaim his life.

One of the elements that helped in his journey to wellness was the healing power of lakes.

From the book’s chapter, “The Lake,” Bohl writes about the sense of peace he continues to gain from freshwater lakes. In this excerpt he’s talking about Lake Beulah, a favorite destination he visited as a child.

At night, a lake is an extension of the sky. Millions of stars above as you lie down, facing the sky, the waves lapping gently against the side of the boat. You are cocooned, lulled to an incredible sense of peace.

Growing up by a lake alters you—the natural, good energy of it stays in you forever, and you can never quite leave it behind. It’s a siren voice that calls you over and over to come back and immerse yourself again.

Unlike an ocean, a lake is quieter, more reliable; the water is sweet and the calm is its prerogative. Not always, of course—there are windy days and rainy days as everywhere else, but even during those, a lake doesn’t betray you the way an ocean does with its capricious storms or tsunamis.

On a lake, the calmness makes it seem as if every day is the same, but then, wonderfully, every day is different. Nature ensures that seasons pass and the water freezes in the winter and wakes up in the spring. The trees grow taller, the lake kids become grownups.

You know those primal smells of childhood that go straight to your heart, that bring on nostalgia, gentleness tinted with sadness for things past?

For me that smell is fresh lake water—it goes straight to my heart, and I’m simultaneously here and now, and there and then.

The water is the only pure space where I’ve experienced something akin to spirituality.

The one place I feel at home.

Today, the author lives with his wife in Milwaukee. He is a current and former member of a number of national and regional sailing and yachting associations. Bohl’s volunteerism through the Salvation Army, in the recovery community, and through a variety of sailing and yachting clubs has touched individuals from many walks of life.

He lives on Milwaukee’s Lower East Side and looks out at Lake Michigan every day.