Waukesha Diversion Application to Move On to Regional Review 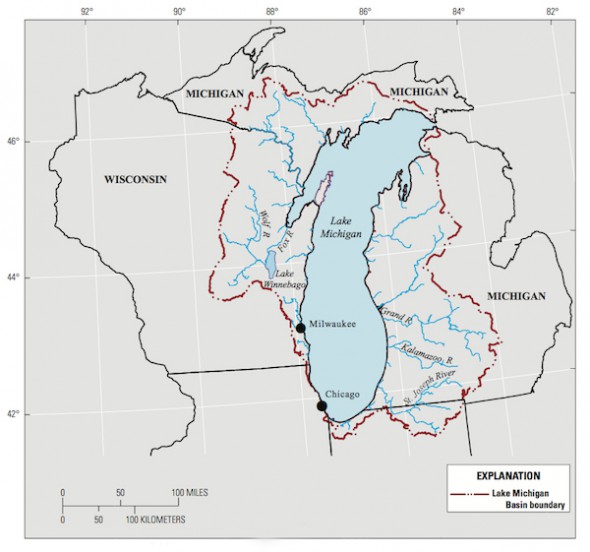 Waukesha – Today, the Wisconsin Department of Natural Resources (WDNR) announced plans to forward the City of Waukesha‘s application to divert Lake Michigan water to the Regional Body and Great Lakes Compact Council for a formal regional review process. Although more than 3,000 Great Lakes citizens, more than 70 Great Lakes legislators, and more than a dozen environmental and social justice organizations and tribes from across the region wrote the WDNR urging them to deny Waukesha’s application as it stands, the WDNR has found the application approvable. However, the approval process is far from over.

Once submitted, the application will be reviewed by the Regional Body, which consists of the eight Great Lakes governors and two Canadian premiers. The Compact Council, which is made up of only the eight Great Lakes governors, will then either approve or deny the application, taking into account the Regional Body’s findings. The Regional Body and Compact Council review will include at least a 45-day public comment period and a public hearing in Wisconsin, where citizens across the Great Lakes region will again be able to voice their concerns-this time to a wider audience.

The City of Waukesha maintains its claim that it does not have a reasonable water supply alternative to Lake Michigan water, despite mounting evidence to the contrary. If the City of Waukesha implements minimum conservation measures in its own conservation plan, excludes portions of communities that do not need and have publicly stated they do not want Great Lakes water, and adds treatment technologies to three of seven deep groundwater wells, while continuing to use its shallow wells, it  will have a reasonable water supply alternative. This alternative costs $150 million less than a diversion, secures water independence for Waukesha residents, protects public health, and minimizes adverse environmental impacts.

“Our main concern has always been that the process laid out in the Compact is followed and the provisions are honored. The City of Waukesha’s application does not meet the high bar the Compact sets for Great Lakes diversions. For that reason, we continue to believe the City of Waukesha’s application is not in the best interest of the Great Lakes region and the protection of one of our most vital natural resources,” said Cheryl Nenn, Milwaukee Riverkeeper

The WDNR is expected to submit the official application as approvable. There will be a public briefing on January 7th, during which citizens can call-in to listen. Shortly after, the public comment period will begin and a public hearing will be held in Wisconsin. The Compact Implementation Coalition encourages all Great Lakes citizens to submit comments and attend the public hearing and testify.

The purpose of the diversion is to provide Great Lakes water to Foxconn Technology Group, a private, large multinational electronics manufacturer, for its first U.S. manufacturing plant.

May 18th, 2016 by Compact Implementation Coalition

The Declaration of Findings include conditions added by the Great Lakes Governors and Premiers that will modify the diversion request.