Statewide: Over the weekend Governor Scott Walker responded to a recent report by Citizen Action of Wisconsin which uncovered large partisan disparities in the jobs impact claimed by his privatized economic development agency, the Wisconsin Economic Development Corporation (WEDC).

As WXPR Radio in Rhinelander reported:

“completely biased and partisan reports..what you find are similar reports from the Department of Commerce under(former Governor) Jim Doyle.  Just because you have a significant number of business leaders more often than not happen to be Republicans vs. Democrats. We measure success not by party affiliation. We measure success by whether those employers are creating jobs…”

Governor Walker appears to be saying that WEDC impacts more jobs in Republican districts because business owners tend to be Republican.  “The Governor’s statement is stunning,” said Robert Kraig, Executive Director of Citizen Action of Wisconsin. “What are Wisconsin families supposed to do, pick up and move to Republican districts where they can live in closer proximity to the supposed “job creators” who are receiving subsidies from the Walker Administration?” 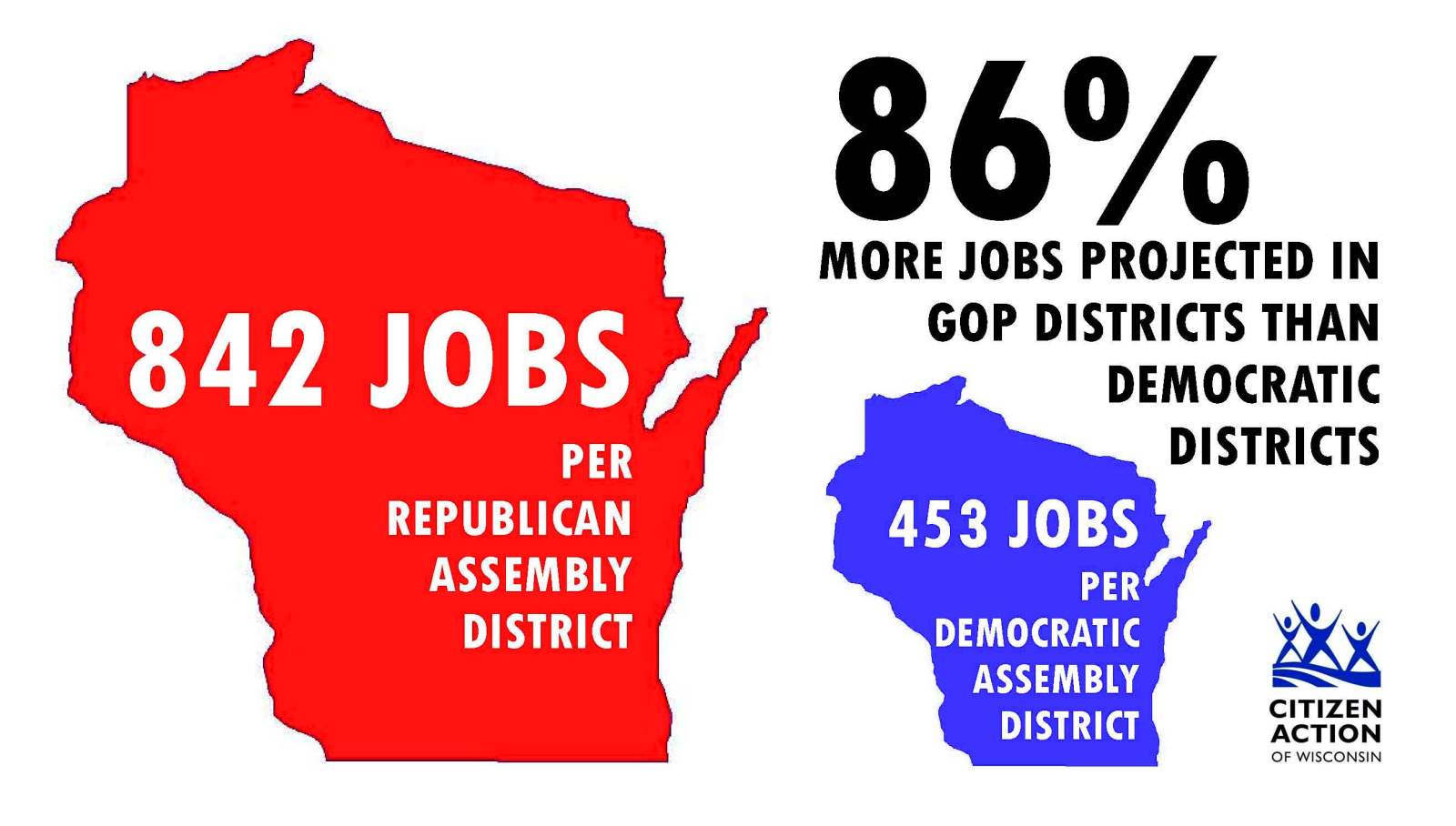 –Republican Leaders in the Assembly have a disproportionate number of jobs impacted in their districts.

–In the suburban and politically conservative counties of Waukesha, Washington and Ozaukee, WEDC claims to have impacted 13,656 jobs. Conversely, Milwaukee County only has 5,771 jobs projected by WEDC, or under 30% of the total projected for the 4 county region. 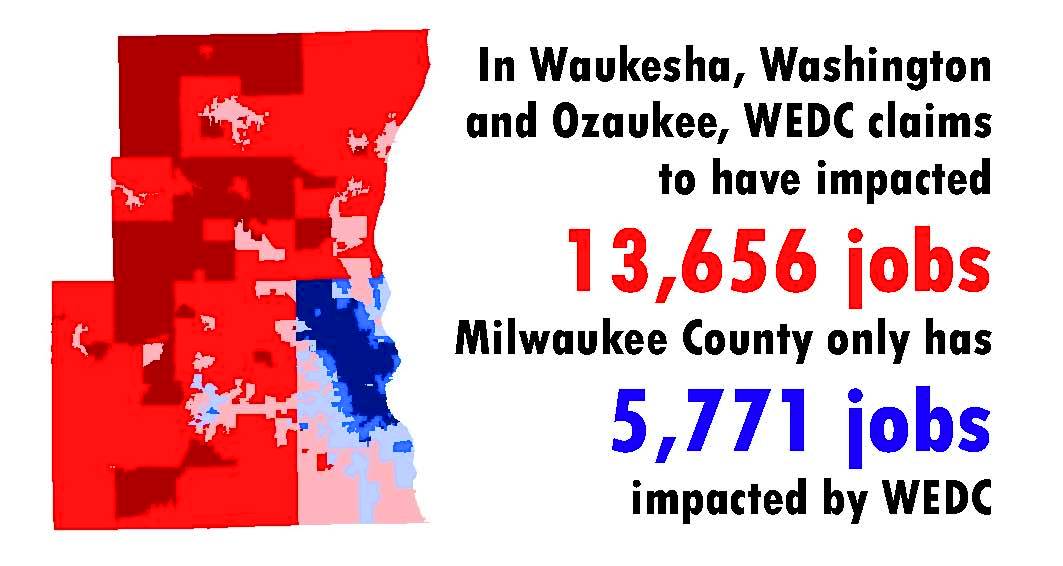 –WEDC’s method of counting jobs seems not to be related to the size of the public investment, raising questions about their standards both for selecting projects and for claiming outcomes. In one instance an award of $85,000 is claimed to have impacted 109 jobs, in the case of ATACO Steel Products Corporation in Ozaukee County, while an award of $2,000,000 to Plexus Corp in Outagamie County is claimed to have produced zero jobs.

The full report can be downloaded here