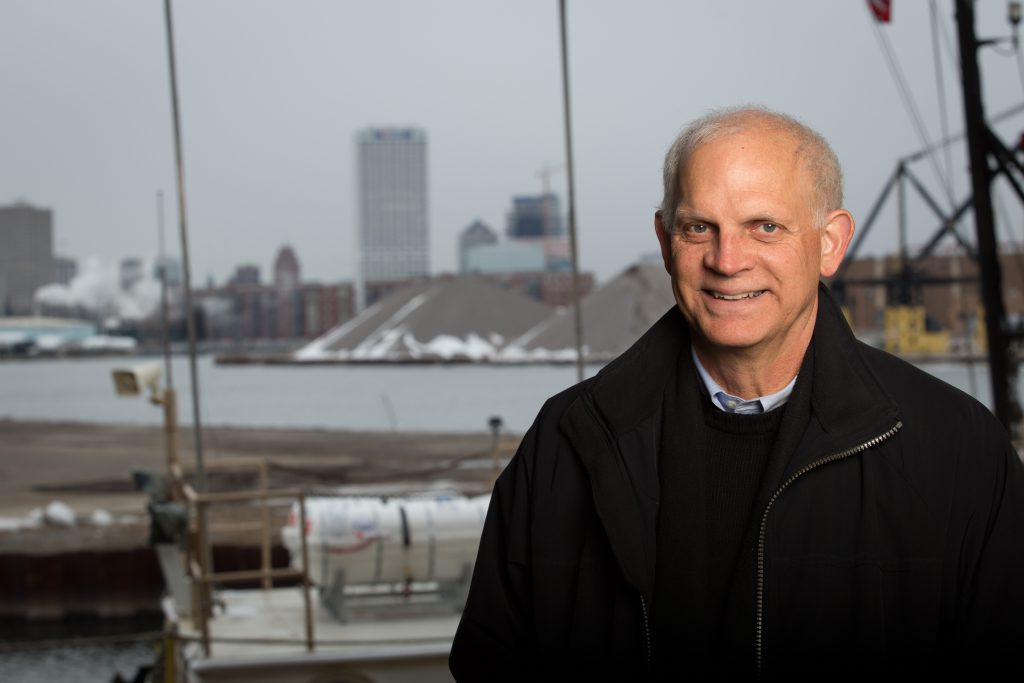 MILWAUKEE _ J. Val Klump, dean of UWM’s School of Freshwater Sciences, has been named to serve on the Great Lakes Advisory Board, an advisory committee to the U.S. Environmental Protection Agency.

The board, which was reestablished by EPA Administrator Andrew Wheeler in December 2018, provides advice and recommendations on issues related to the Great Lakes Restoration Initiative and implementation of the Great Lakes Water Quality Agreement between the United States and Canada.

“Val is a great addition to the board and a great asset to the EPA,” Wheeler said during a visit to the School of Freshwater Sciences.

Wheeler spoke with Klump and toured the school before announcing a $492,000 grant for the Harbor District in Milwaukee to build and install a trash collector on the Kinnickinnic River designed to help protect Lake Michigan.

Klump will serve a three-year term. He is one of 14 members named to the advisory board, which is co-chaired by Stephen Galarneau, the director of the Office of Great Waters in the Wisconsin Department of Natural Resources and a UWM alumnus.

Galarneau graduated with a bachelor’s degree in zoology in 1985 and a master’s degree in biological sciences in 1989. He did his research at the Great Lakes WATER Institute, which is the predecessor to the School of Freshwater Sciences.