The time EJ, Shaq and Sir Charles hung out in Enderis Park 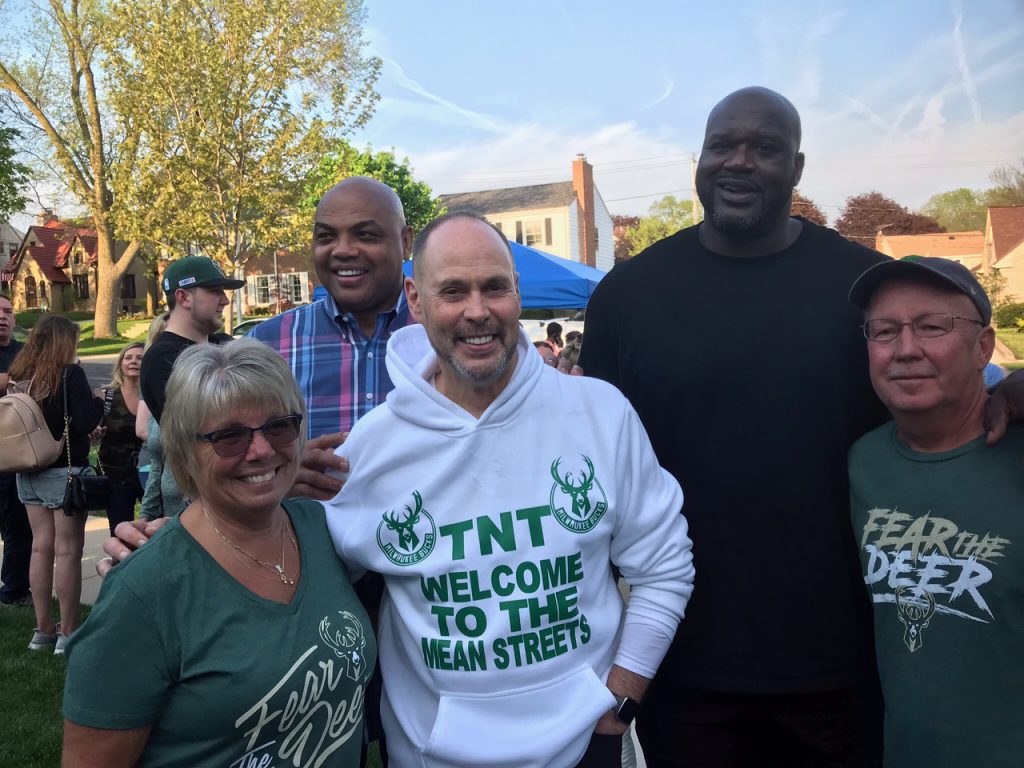 I want to publicly thank Ernie Johnson, Shaquille O’Neal, Charles Barkley (and members of the TNT crew) and hosts Pat and Kim Nelson for a thrilling impromptu block party yesterday in Enderis Park.

The event was primarily about making sure Ernie Johnson could again visit the City of Milwaukee home at 2745 N. 68th St. where he lived for many years of his childhood, but it turned out to be an incredibly positive and fun event for the neighborhood and everyone who stopped over to see what all of the fuss was about. 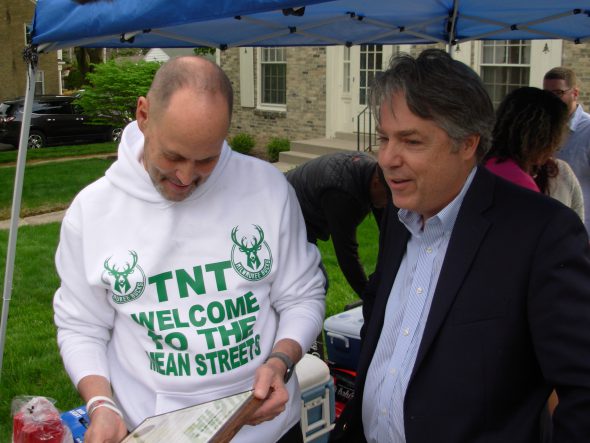 Ernie Johnson and Ald. Michael Murphy. Photo from the City of Milwaukee.

Ernie, Shaq and Charles could not have been nicer or more gracious with their time, signing literally every item presented to them for kids and adults alike, and they left a hugely positive impression on us all.

TNT has an NBA broadcast team that is not only insightful and fun to watch, they are also superb human beings who touch others in positive ways through their generosity and kindness. And as a token of positive relations on behalf of the Common Council, I quietly presented Ernie with a commendatory plaque welcoming him back to Milwaukee.

The Nelsons were so kind to open their home for Ernie and his guests, and it was especially fun watching a neighbor instruct Charles on the correct way to prepare and grill bratwurst!

I have been lucky to represent Enderis Park and the 10th District for many years, and yesterday was a special moment for the neighborhood and the city that I’ll never forget.

Protests must remain peaceful in the interest of public safety