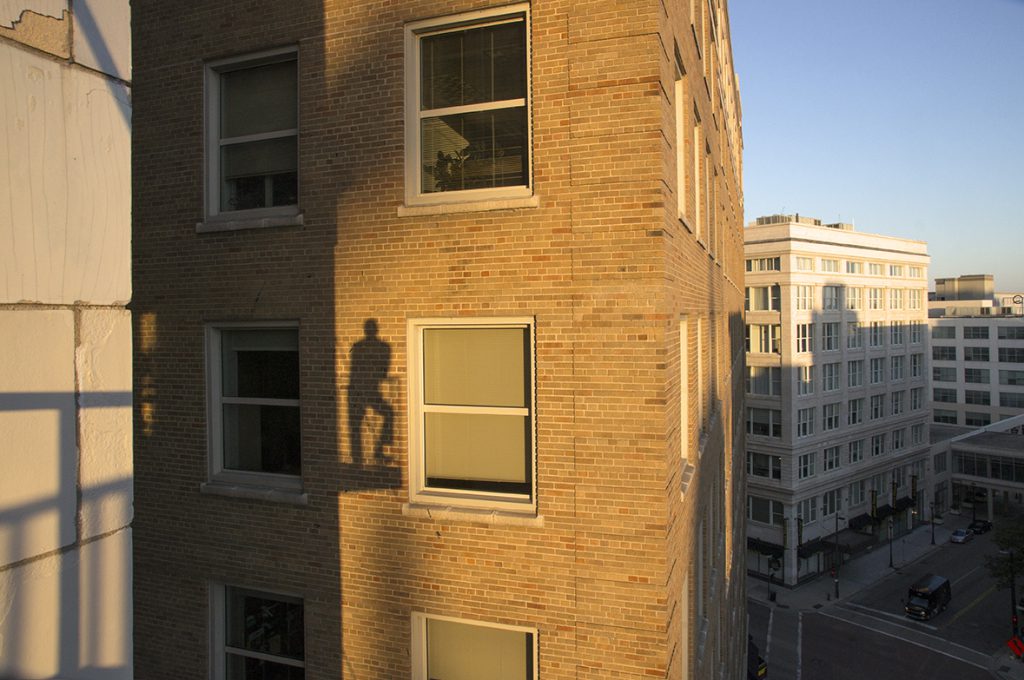 Dick Blau’s 730 Projection at 142 West Wisconsin Avenue, which was unveiled on August 15 and originally scheduled for a month’s run, has been extended. The 730 Projection will continue to run in a continuous hour-long loop 24 hours a day throughout the fall and winter.

The 730 Projection’s accompanying soundtrack was recorded and composed by Morgan Jones. The recording was made by Jones during the initial public viewings of The730 Project in January, February, and March of 2018 in the lounge of Mo’s Steakhouse (720 N. Plankinton). It is a collage that features the keyboard work of house pianist Jerry Weitzer, mixed with sounds of the surrounding streets.

I have been living at 730 North Plankinton Ave between Wisconsin and Wells and making photographs of my immediate neighborhood since 2009. Shooting at all times of the day and night through all weathers and seasons, I have built an archive that includes photographs of historic buildings; images of the surrounding streets and nearby river; marches, parades, and public events; workers, concertgoers, and passersby; random and deliberate beauties on the sidewalk; small human dramas at the bus stops; and the parallel life of the neighborhood gulls.

As my print drawers began to fill up with 730 pictures, I started thinking of it as an art project and began working out how it might be displayed. There were two empty spots in the lobby of my building; both were centrally located, near the mailboxes. This was ideal. 80 people would flow by daily. Over time my installation might prompt a kind of conversation.

I started by taping the pictures up. Just the pictures. No name attached. I would change them every 7 to 10 days or so. There was no explanation. The only rule was implicit: the pictures had all been made either within or within sight of our building. My neighbors’ response to the images was delightful. Mixed in with the recognizable images of the neighborhood and its current events were a series of abstractions I had made in the often-overlooked parts of our common space. I saw it as a kind of challenge: to make an art object out of something that would normally be dismissed as “nothing” just by the way you framed it.

People in the building began to talk to me in the elevator, trying to figure out where they had seen a certain image. They began suggesting things I might want to photograph. 730 became a kind of game, a playful sort of pedagogy that encouraged people to look at things they’d never noticed and see them in a different light. As I taped up more and more pictures, the Board of Riverfront Lofts got involved and offered to buy me some frames. Thus, the 730 Project was born.

Eventually, I could see that my print files were close to overflowing, so I began to think about where else I could store my old pictures so as to have room for the new ones I was printing every day. Realizing that there was a good deal of history as well as art in my photographs, I approached the Milwaukee County Historical Society. It’s a wonderful civic institution in a gorgeous building just up the block from where I live. In 2017, I donated the 200 photographs I had shown at 730 North Plankinton Ave. to the MCHS Archive.

Because the building is locked, I came to think of 730 as a somewhat private affair; when I was describing it to friends I used to call it a “semi-public art project.” I was still faced, however, with the problem of how to bring 730 further into the public realm. Since there were so many pictures to show, I decided to make them into an hour-long film loop and proposed to play it simultaneously on the three large television monitors in the bar at Mo’s Steakhouse, which is just across the alley to the south. Consequently, I staged four 4-hour screenings at Mo’s over the next three months, with piano accompaniment by Lou Cucunato and Jerry Weitzer.

The present iteration of 730 takes it even further into the public realm. With some 300 images and a soundtrack recorded and composed by Morgan Jones, it will become The 730 Projection. In keeping with its focus on the local, 730 will now play in an endless loop, illuminating the night and melting away in the day on a particularly forlorn stretch of West Wisconsin Avenue that lies just around the corner.

Afterwards, I will see if I can locate the 730 Project more permanently, coming full circle by installing photographs from the series in the very buildings that they picture.

The 730 Projection is sponsored by Mo’s A Place for Steaks, with technical support from Stamm Media. Public Relations and Sales are handled by Everything Goes Media with support from the Westown Association and Milwaukee Downtown. Graphics are by Ken Hanson. As usual, my thanks to Tom Bamberger for all his help in bringing these pictures to life. 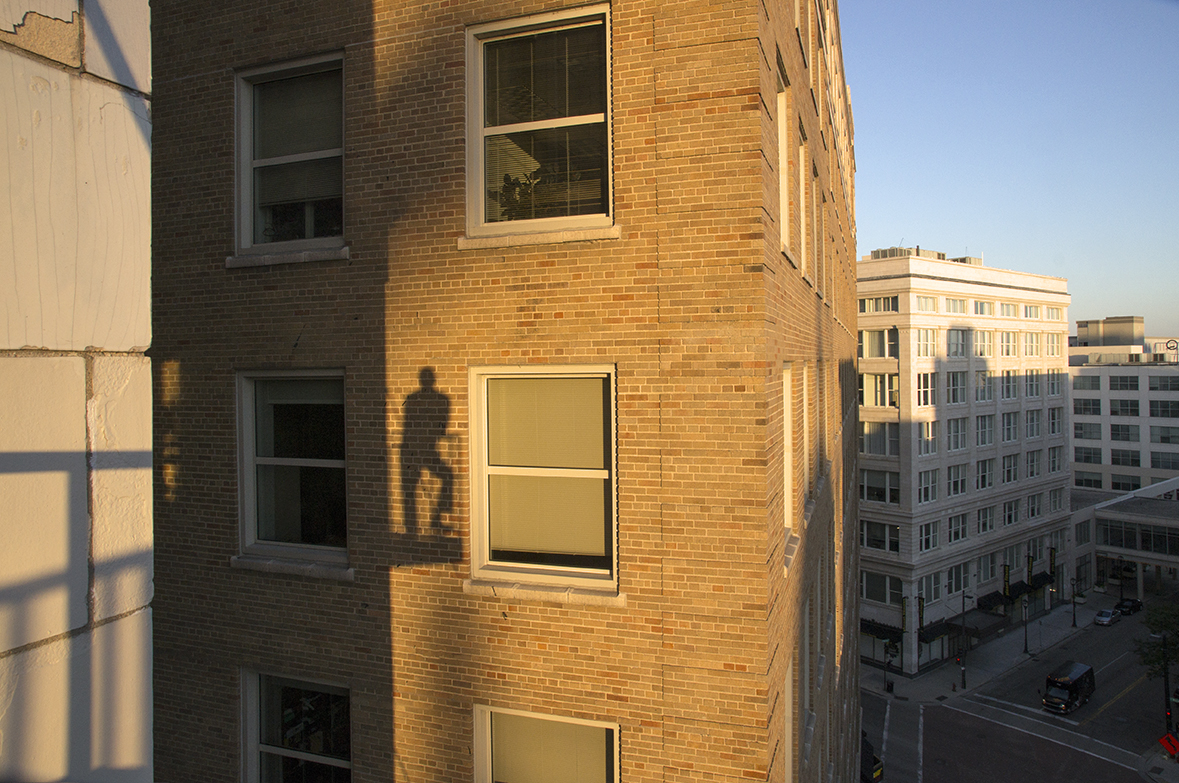