While most of these releases are one of a kind limited releases, several will become ongoing products for the distillery. 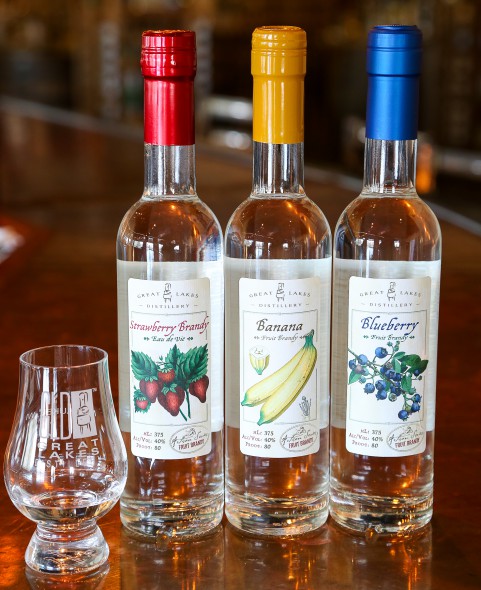 Milwaukee Wisconsin- May 5th 2016- Great Lakes Distillery– Wisconsin’s first and oldest craft distillery celebrates its 10th anniversary of sales with 10 new product releases in 2016. While most of these releases are one of a kind limited releases, several will become ongoing products for the distillery.

Distillery founder Guy Rehorst said “we’ve got spirits we’ve been working on perfecting for years, our customers will finally get a chance to get their hands on a few of them.”

The first two release events are Friday May 13th and Thursday May 26th. The May 13th release event at the distillery will include the introduction of three new brandies to their Artisan Series fruit brandy line – Blueberry, Strawberry, and Banana brandy. According to Rehorst “these are not flavored brandy but rather a spirit made from the fermentation of 100% fruit. The flavors are subtle but real.” The May 26th release event will introduce a Cherry brandy aged for 6 years in used bourbon barrels. The year’s upcoming releases (dates to be announced later) will also include a much anticipated release of Wisconsin’s oldest bourbon.

The release events at the distillery tasting room located at 616 W. Virginia in Milwaukee will feature brandy samples and specialty cocktails made with the new brandies. The products will also be available at a limited number of Wisconsin liquor retailers and bars following the release events.