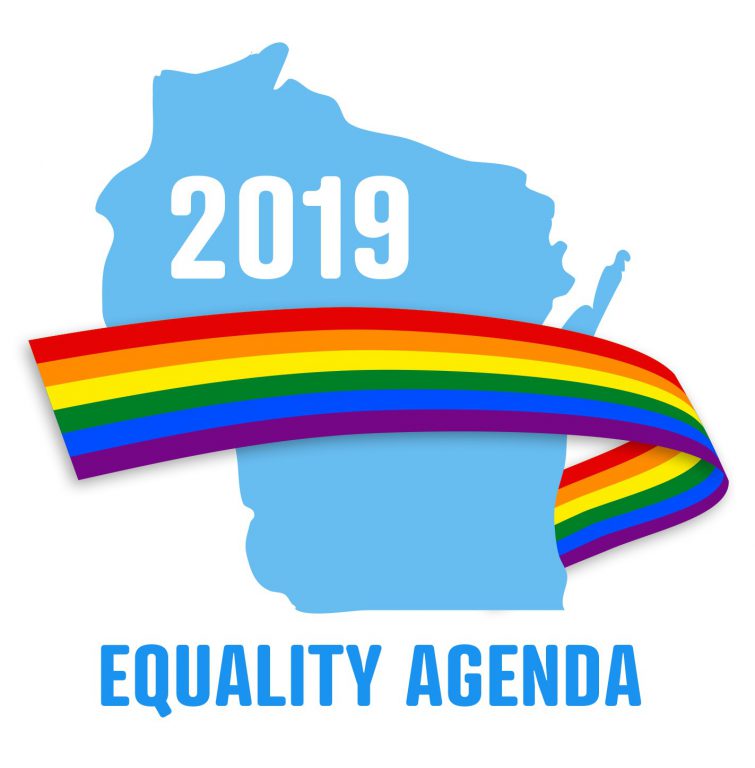 The Equality Agenda includes six bills that will ban conversion therapy, prohibit discrimination on the basis of a person’s gender identity or expression, eliminate the gay and trans “panic” defense, create a transgender equality task force, and update Wisconsin’s statutes and constitution to recognize marriage equality. It also includes joint resolutions that recognize June 2019 as LGBT Pride Month, recognize the 50th anniversary of the Stonewall Uprising, and proclaim November 20th as Transgender Day of Remembrance.

“As an out gay man, I am proud to stand by my fellow LGBT legislators today to present the Equality Agenda in honor of Pride Month,” Rep. Spreitzer said. “Some of these bills have already gotten bipartisan support, and we are optimistic that we can build on that and send these bills to Governor Evers’s desk.”

Rep. Spreitzer is the lead author on two of the bills introduced today. The Marriage and Family Equality Act recognizes marriage equality by making references in the statutes to spouses gender neutral. The bill also recognizes legal parentage for couples of all genders. The Gender Identity Anti-Discrimination Act protects transgender Wisconsites by prohibiting discrimination on the basis of a person’s gender identity or gender expression.

“This package highlights the continued importance of equality for LGBT people in our state. We are proud to introduce these bills during June to celebrate Pride Month,” Rep. Spreitzer said. “I am grateful to the members of the LGBT Caucus and to our colleagues Reps. Melissa Sargent (D-Madison), Greta Neubauer (D-Racine), and Amanda Stuck (D-Appleton) for their work. I am also grateful to the members of the LGBT community who joined the press conference today to share their stories about the need for the Equality Agenda.”

“Governor Evers is leading Wisconsin into a new era of bipartisanship."

"Gerrymandering has undermined our state’s democracy for too long."