“I am joined by my colleagues from Wisconsin to request a moment of silence and pay respects to those who suffered in the senseless violence at the Waukesha Christmas Parade last week on November 21.

“The attack left a devastating impact on our friends and neighbors in the community.

“Anyone who regularly attends the Waukesha Christmas Parade will tell you how joyous of a celebration this parade typically is. It brings the community together.

“It’s inconceivable that an individual would shatter lives and uproot our community in this horrific way.

“We are grateful for the firefighters, police officers, health care professionals, and volunteers who immediately answered the call for help that evening and who continue to help those who remain in serious condition.

“I know the people of Waukesha very well, they’re tough and kind. I know that we will get through this unspeakable difficulty together, as a community.

“I pray for healing and peace for all those who were affected. And may love and strength lead us forward in the face of this evil.

“I would ask my colleagues to join me in observing a moment of silence in honor of Virginia Sorenson, LeAnna Owen, Tamara Durand, Wilhelm Hospel, Jane Kulich, and Jackson Sparks, as well as those still in critical condition and those suffering from trauma following this tragedy.

“Madam Speaker, I now ask that the House observe a moment of silence.

“Thank you, Madam Speaker and I yield back.”

Click the image below to watch the moment of silence. 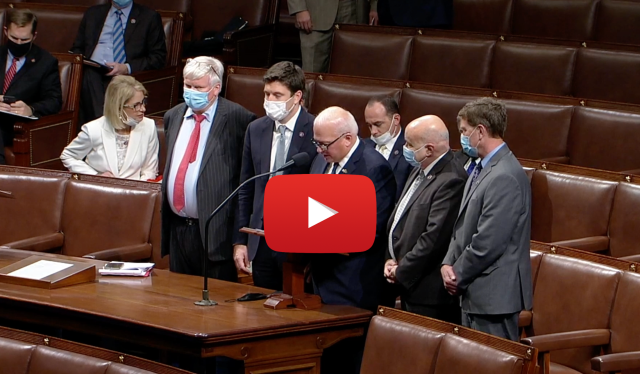 Rep. Fitzgerald Honors the Fallen on 80th Anniversary of the Pearl Harbor Attack