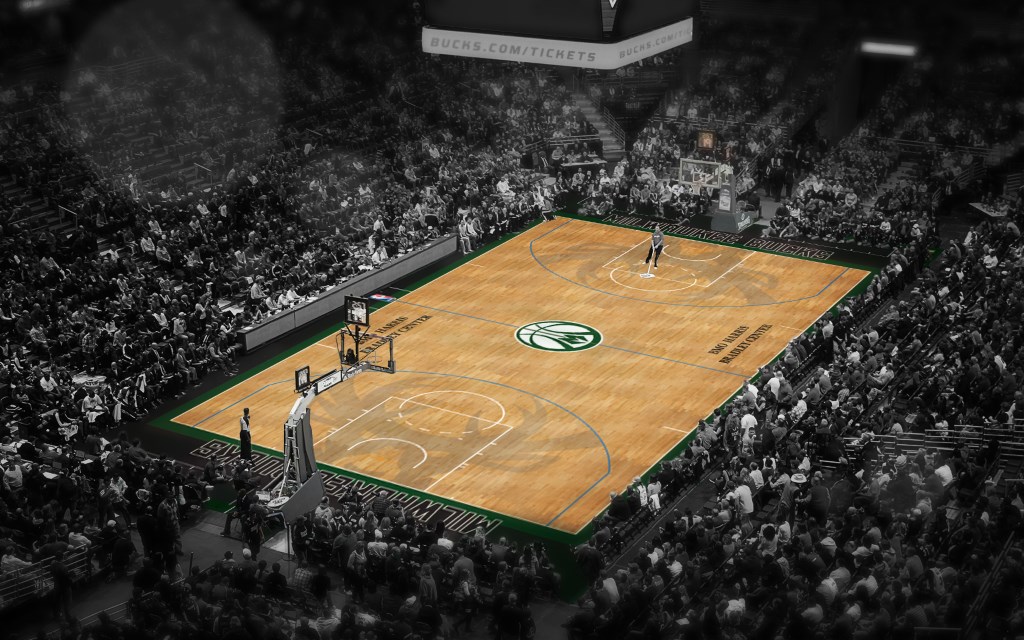 Fear the Deer Court. Image courtesy of the Milwaukee Bucks.

There it was on page two of yesterday’s Milwaukee Journal Sentinel sports section: A standalone graphic showing a basketball court design the Bucks plan to use next season at the BMO Harris Bradley Center.

Yes – that’s correct: The team plans to use the floor on four occasions during the season – a season that will include approximately 40 home games at the BMOHBC!

I realize that it’s the team’s money, but are the Bucks frivolously spending because they got their gift from the city?

What rationale supports the thought process for constructing an “alternate floor” (and alternate jerseys!) that will be used for just four games?

Where will the floor be stored when not in use?

Are they trying to be unique in the NBA, and do we really need a special “alternate floor?” Who is watching their spending?

Is the team’s spending going to get a free pass (as it apparently already is in the media)?

My point here is that I am watching and I am paying attention to what the Bucks are doing, and I strongly encourage my colleagues to do so as well.

The bottom line is that the Bucks still must be held accountable because of the generous gift coming from the City of Milwaukee and its citizens.

Milwaukee’s Young Children Need to Be the Focus

Statement of Alderman Mark A. Borkowski

Statement from Alderman Mark A. Borkowski