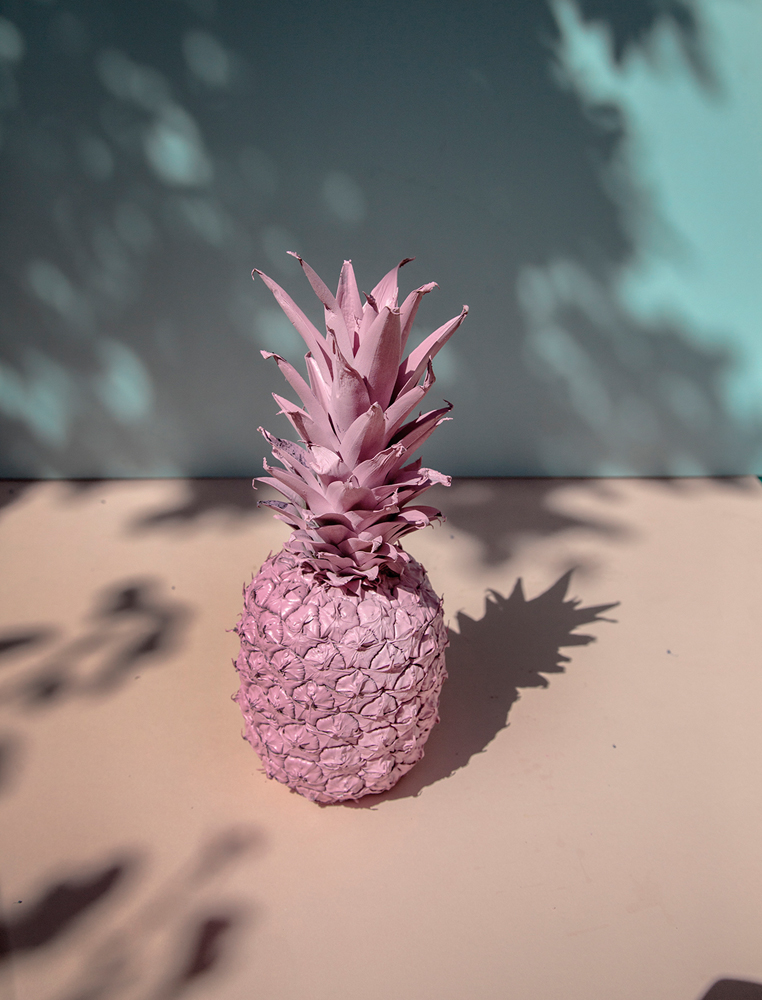 Portrait Society Gallery is pleased to present the work of 23 photographers in a charitable exhibition, 23 Pineapples, curated by recent Milwaukee Institute of Art & Design graduate, Grant Gill.  The exhibition celebrates the tropical plant in all of its prospects by exploring concepts of color, design, humor and play within in the confines of contemporary photography.

While observing the king of all fruits, we are also inviting the community to extend a helping hand in supporting Milwaukee’s Hunger Task Force.  The Hunger Task Force’s mission “believes that every person has a right to adequate food obtained with dignity. Hunger Task Force works to prevent hunger and malnutrition by providing food to people in need today and by promoting social policies to achieve a hunger free community tomorrow.”  Because of all the good they do for our community, and in the light of a food themed exhibition, proceeds made from the work on display will be donated to the organization.

The Portrait Society Gallery is a contemporary art gallery devoted to the issues surrounding the genre of portraiture. Established in 2008, the gallery showcases both current and historic artists who work broadly and loosely with the ideas of portrait traditions. The gallery also represents artists for commissions. Portrait Society is interested in project driven bodies of work that explore the concepts and ideas of making art about identity, presence, social interaction and community. The gallery seeks to expand the ways in which art is shown, inspire contact and dialog, and foster a sense of community within its orbit. The portrait is, by nature, a transactional exchange between two or more human beings. It is the only art form that depends on this kind of intimacy.

The Hunger Task Force – Milwaukee: Locally founded, locally funded and locally run, for nearly 40 years we have been feeding Milwaukee. We’ve been a voice for the hungry, promoting socially sound policies that could end hunger in our community. We were founded in 1974 by a group of concerned parents worried about children going to school hungry. Then, in 1977, we responded to community need by opening a food bank to distribute free food to local charities that feed the hungry.

Hunger Task Force depends upon community support to operate. More than 5,000 people volunteer each year, putting their time and talent to work across all areas of the agency. Because we charge no fees and receive no United Way funding, most of our budget is raised through ongoing solicitations from foundations, corporations, labor unions and individuals.