Announcement finalizes a year of planning

The chosen site is a building that dates back to 1936 and was originally used as an icehouse. Warehouse and office space were added to the property in 1980. Outpost will occupy approximately 8,000 sq. ft. of office and 4,000 sq. ft. of warehouse space. Finding an ideal site that combined the opportunity for both central office and warehouse capacity as well as easy freeway access, on-site parking and a bus line took over a year of research and planning.

Central co-op support has been operating out of combined offices at Old World 3rd St. and Highland Avenue in the Steinmeyer Building for the past fifteen years. Staff have seen the neighborhood change dramatically in that time, including the demolition of the former Bradley Center and adjacent structures, to the new bustling Deer District and Fiserv Forum. The move out of the neighborhood will be a change of pace for those who have grown familiar with the added amenities and surroundings. “While many of us are going to miss the convenience of our downtown offices, this move is important in centralizing our overall operations, giving us opportunity for growth, and providing us with a more affordable place to operate,” says Outpost general manager Pam Mehnert. “It is an exciting time for the team as we prepare to celebrate our 50th year as a co-op.”

Outpost’s Bay View store location at 2826 S. Kinnickinnic is currently housing most of the co-op’s overall warehouse capacity, predominantly used to self-distribute small vendor orders to all four store locations as well as operate a central hub for the co-op’s bulk foods program. Outpost plans to expand that store’s retail footprint later in 2020, once the warehouse has been relocated. Also, that store’s one tenant, Brewery Credit Union, will be moving to their own location just down the street in early 2020, opening up even more opportunity for the co-op to expand the store.

MSI General of Oconomowoc is the general contractor hired to assist with the build out of the new space.

The central support office move is expected to be completed in March 2020, followed with the warehouse move by May 2020, with a good portion of the $700,000 in building improvements to be invested by the building owner. 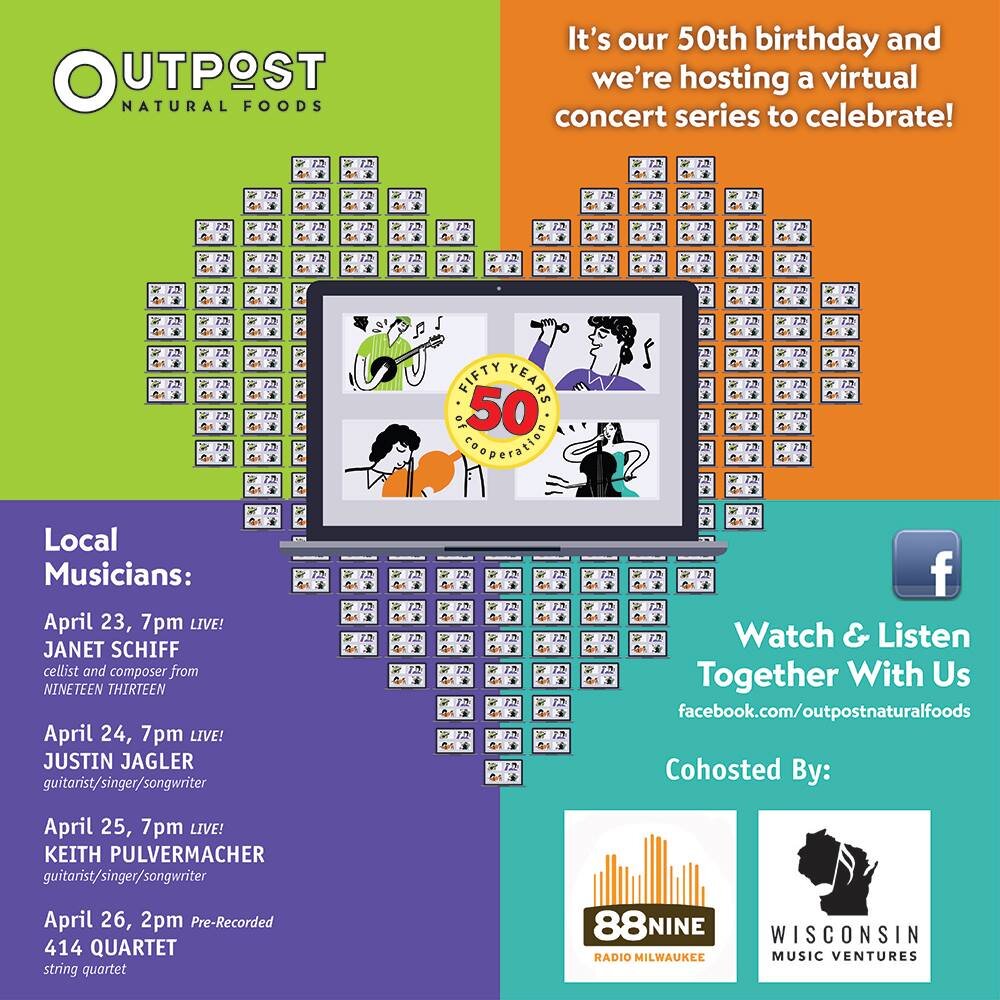 Announcement finalizes a year of planning

Work is scheduled to begin in June 2019 and will be phased in so as not to impact or impede shopping.