The Northwest Side Community Development Corporation (NWSCDC) has closed on a $628,750 loan to Jonco Industries.

Milwaukee, Wisconsin – March 20, 2012 — The Northwest Side Community Development Corporation (NWSCDC) has closed on a $628,750 loan to Jonco Industries. The loan was funded by a 2012 grant award from the Office of Community Services. The loan will assist in financing Jonco’s expansion into a manufacturing research and development (R&D) tower in the heart of the NWSCDC service area in the City of Milwaukee’s “30th Street Industrial Corridor.” Jonco is owned by Tom Ryan, President.

“We are elated to close on this loan and move forward with additional redevelopment plans for the neighborhood. The Eaton building has a great view of both Century City one and two; strategically we needed to be here” said Howard Snyder, Executive Director of the NWSCDC.

The former Eaton building is transitioning from a single-user R&D office building into a multi-disciplinary job accelerator, comprising a multi-tenant facility. As home to a wide variety of uses, the newly named “Century City Tower” will create new manufacturing jobs, and provide new space for high-tech and green energy research and development. The principal new tenant of the building, and the object of the OCS-funded loan, will expand a high-tech manufacturing/sewing division within Jonco. The seven-story, 184,309 square-foot tower was the former home of the Milwaukee headquarters of the Eaton Corporation, a power and control manufacturer. Eaton left for a new building in Menomonee Falls, Wisconsin last November.

“The imaginative re-use of the old Eaton building will be a major catalyst for new investment and job creation in and around the Century City and 30th Street Corridor areas,” said Sam McGovern-Rowen, Director of NWSCDC’s CDFI Fund. 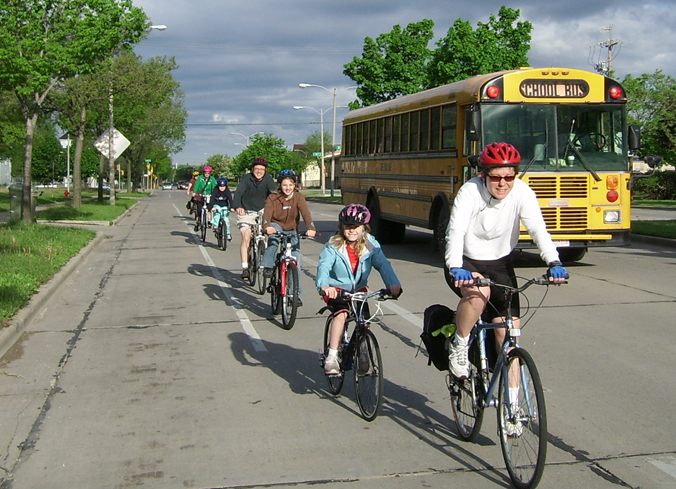 Rally for Safe Streets Scheduled for Friday, May 11

May 10th, 2018 by Northwest Side Community Development Corporation

The event will highlight a major intersection which has been marked by recent car crashes.