On Monday, June 1, 2020, at 5:54 p.m., officers observed a reckless vehicle that was wanted for a domestic violence incident travelling on the 2700 block of N. Atkinson Avenue. Officers attempted to conduct a traffic stop; however, the vehicle fled and led officers on a vehicle pursuit.

Approximately three minutes after the pursuit began, the vehicle lost control and crashed into an occupied vehicle on the 2700 block W. Highland Boulevard. The suspect fled on foot but was arrested after a foot pursuit.

The vehicle that was struck by the suspect was occupied by a 25 year old Milwaukee woman, who was approximately 6-months pregnant. She had to be extricated from the vehicle. She sustained serious injuries and was transported to a local hospital. The baby the woman was carrying sustained fatal injuries due to the crash. The woman is in stable condition.

A 56-year-old woman, a 26-year-old man and a 5-year-old child that were occupants of the vehicle that was struck, sustained non-life threatening injuries. They were transported to a local hospital for treatment.

The suspect, a 40-year-old man sustained non-life threatening injuries. He is in police custody and was transported to a local hospital for medical clearance. Criminal charges will be referred to the Milwaukee County District Attorney’s Office in the upcoming days. 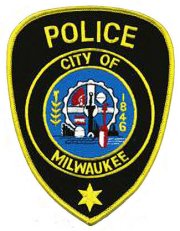