Under Perkins’s leadership, the orchestra established itself as a fixture in Milwaukee’s thriving creative community. 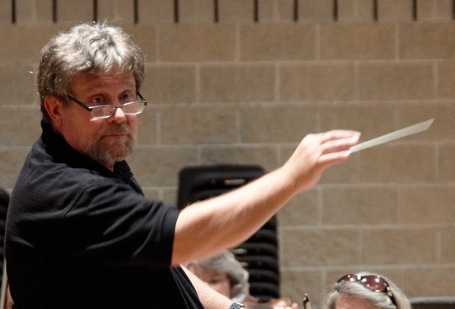 MILWAUKEE, WI [December 6, 2016] After nearly 30 years as Music Director and Conductor of Milwaukee’s Festival City Symphony (FCS), Wisconsin’s oldest continuously performing orchestra, Monte Perkins has announced he will retire after the season concludes on May 7, 2017.

Perkins began with the orchestra, named the Milwaukee Civic Orchestra until the group rebranded in 1993 to Festival City Symphony, in 1963 as a member of the bassoon section, becoming principal bassoonist in 1964. Perkins was promoted to Conductor and Music Director in 1990, replacing Milwaukee icon Edward Mumm, longtime concertmaster and assistant conductor of the Milwaukee Symphony Orchestra.

Perkins will continue to conduct Festival City Symphony’s Pajama Jamborees for the upcoming seasons. A replacement music director and conductor of the Symphony Sunday subscription series will be announced prior to the close of the current season.

Under Perkins’s leadership, the orchestra established itself as a fixture in Milwaukee’s thriving creative community. “It was critically important to me that a group with as much local history as FCS remained focused on employing Southeastern Wisconsin professional musicians, featuring soloists from or with strong ties to Milwaukee and was accessible to any member of the Milwaukee community that wanted to experience live classical music,” said Perkins. “I’ve been honored to both witness and be a part of the evolution of the Milwaukee arts community over the last 60 years. I am proud that FCS’s legacy of timeless music played by great local musicians for engaged community audiences will continue for seasons to come.”

Franklyn Esenberg, chairman of the board and chief executive officer of the Festival City Symphony, said, “Monte has been the heart and soul of the orchestra. He has made classical music accessible to any audience through his family-friendly programming and approachable style, including his verbal program notes from the stage during Symphony Sunday performances.”

Perkins’s passion for the arts in Milwaukee began as a student at Milwaukee Custer High School, from which he graduated in 1964. Perkins received his undergraduate degree in bassoon performance from UW-Milwaukee, followed by receiving a master’s degree in performance and music history from the Wisconsin Conservatory of Music in Milwaukee. Perkins played bassoon with the Milwaukee Symphony Orchestra for 25 years, was a charter member and remains principal bassoonist for the Milwaukee Ballet Orchestra and served as an on-air voice of classical music at WFMR radio in Milwaukee in the late ‘70s, ‘80s and early ‘90s. Perkins retired from his 27-year position as the head of the bassoon studio at Lawrence University Conservatory of Music in Appleton, Wisconsin in 2012.

Festival City Symphony’s mission is to educate the community and extend the reach of classical music with reasonable pricing, interesting themes, and informative formats that embrace people of all ages. For more information, please visit festivalcitysymphony.org.