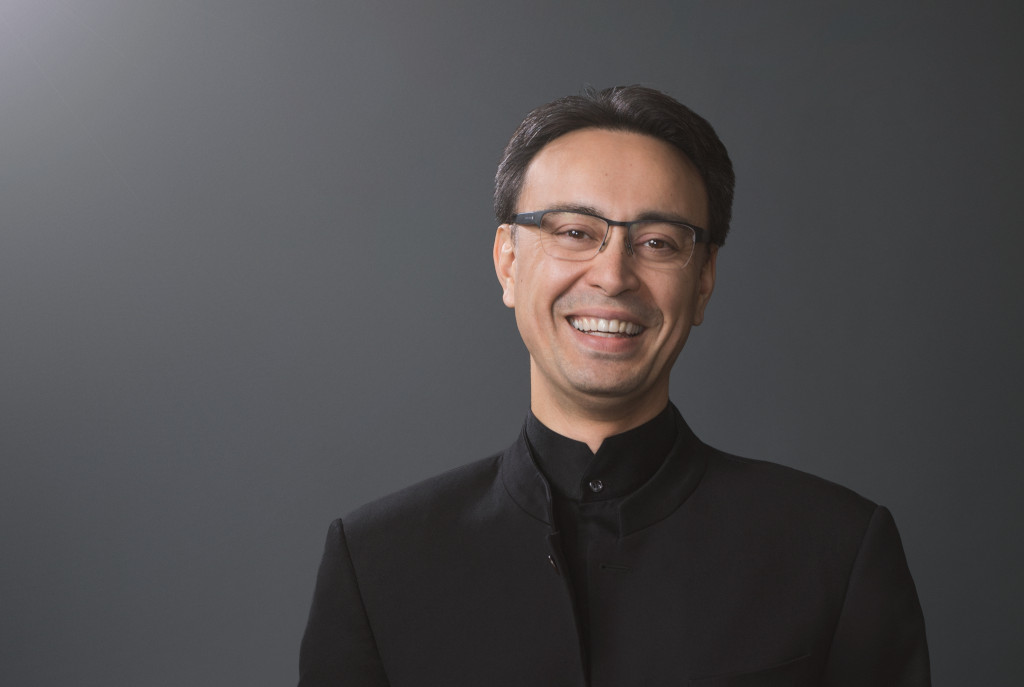 “Through a committee composed of board members, gracious donors and orchestra musicians, the search for the MSO’s seventh Music Director was deliberate and diverse, encompassing candidates from around the globe,” said Doug Hagerman, chairman of the MSO’s Music Director Search Committee. “Ken-David is a once-in-a-generation musician, conductor and innovator who boasts an impressive resume of accomplishments, yet is endearingly approachable. He was unanimously voted to serve as the next Music Director given his artistic brilliance and genuine passion for how the arts can unify people and communities. We are thrilled to welcome Ken-David and his family to Milwaukee.”

Critics from around the world have hailed Masur as “fearless, bold, and a life-force” (San Diego Union-Tribune) and “a brilliant and commanding conductor with unmistakable charisma” (Leipzig Volkszeitung). Over his career, Masur has made many successful debuts with the likes of the Colorado Symphony, Berkeley Symphony, the Rhode Island Philharmonic, the Detroit Symphony, the Louisville Orchestra and the Chicago Symphony, for which he conducted two programs at Ravinia this past summer. This season, he will return to the National Philharmonic of Russia, the Stavanger Symphony in Norway and the Collegium Musicum Basel.  Masur has also conducted the Los Angeles, Dresden, Israel and Japan Philharmonics; the Orchestre National de Toulouse; the Hiroshima, Omaha, San Diego, San Antonio and Memphis Symphonies; and the Orchestre National de France in Paris.

Masur made his Milwaukee Symphony Orchestra debut on May 19, 2018 and was immediately invited back to open the MSO’s current season in September 2018.

“Music allows us to feel what is essential, and through its expression begins a conversation about who we are and where we want to go. This is why I’m so very excited to start with the MSO, in connecting with all those who are moved by both the power of music and the continued evolution of this great American city,” said Masur. “The connections between music and humanity are so interlaced, and have great relevance to the beauty and plight that is life. I look forward to the many ways in which I, along with my family and my colleagues, can be part of the much broader city of Milwaukee.”

The son of Kurt Masur, famed German conductor of the New York Philharmonic, Masur grew up in a household of musicians. A classically trained vocalist, Masur was educated at the Leipzig Conservatory, the Leipzig Gewandhaus Children‘s Chorus, the Detmold Academy, the “Hanns Eisler” Conservatory in Berlin and Columbia University, where he served as first Music Director of the Bach Society Orchestra and Chorus from 1999-2002. Masur and his wife, Melinda Lee Masur, an accomplished pianist, are the co-founders and artistic directors of the Chelsea Music Festival in New York City, which seeks to bring world-class artists and exciting newcomers together on stage to celebrate the visual, performing and culinary arts. He received a Grammy nomination from the Latin Recording Academy in the category Best Classical Album of the Year for his work as a producer of composer Miguel Del Aguila’s album, Salon Buenos Aires.

“My family and I are humbled and grateful to join such a fantastic team of orchestra musicians, chorus, staff and board members who are working in harmony for our audience and community,” Masur continued. “In particular, I am inspired by the increadible community-wide collaboration to create the new performance home for the MSO. Having seen the plans and having visited the Warner Grand Theatre myself, it is clear it will become a destination befitting a city and region of this caliber. I’m anxious to begin planning the next few seasons, which include the MSO’s 60th season and Beethoven’s 250th anniversary, as well as the much anticipated opening of Milwaukee Symphony Center in the fall of 2020.”

“The relationship between the conductor, musicians and the audience is equal parts simple and complex,” said Mark Niehaus, president & executive director of the MSO. “Both on and off the podium, Ken-David leads and provokes, but also builds and inspires to create experiences that go beyond the notes on a page. His energy, passion and collaborative nature is the very right fit for the MSO, and also for Milwaukee as its reputation as a culturally vibrant destination continues to grow.”

ABOUT THE MSO
The Milwaukee Symphony Orchestra is among the finest orchestras in the nation and the largest cultural institution in Wisconsin. The MSO’s musicians perform over 135 classics, pops, family, education, and community concerts each season in venues throughout the state. Since its inception in 1959, the MSO has found innovative ways to give music a home in the region, develop music appreciation and talent among area youth, and raise the national reputation of Milwaukee.

The MSO’s standard of excellence extends beyond the concert hall and into the community, reaching more than 40,000 children and their families through its Arts in Community Education (ACE) program, Youth and Teen concerts, Family Series, Meet the Music pre-concert talks, and Friday Evening post-concert talkbacks.