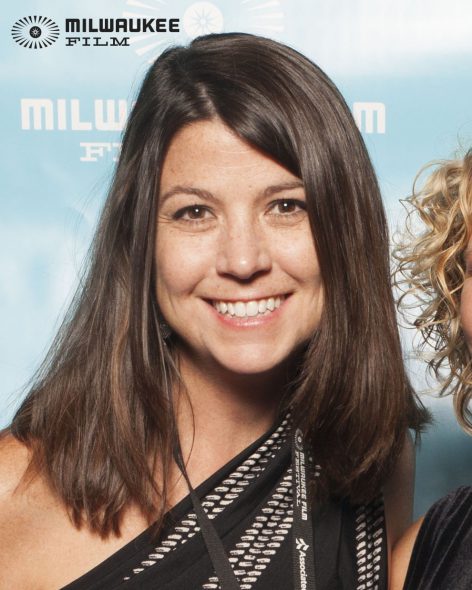 MILWAUKEE – Wednesday, February 28, 2018 – Milwaukee Film announces the hire of Sara Meaney into the new role of chief marketing officer. Meaney has served on the organization’s board of directors since 2012. In addition, the organization has appointed four new board members, including leaders from Marquette University and University of Wisconsin-Milwaukee.

With over 20 years of dynamic marketing and sales experience, Meaney was most recently managing director at BVK, a full-service, Top 25 advertising agency. Notably, in early 2009, Meaney launched the strategic communications firm Comet Branding. The company merged with Hanson Dodge Creative in 2011, where Meaney then served as partner and president.

“Sara is a charismatic Milwaukee leader. She is a dynamic innovator who has worked internationally,” states Jonathan Jackson, chief executive officer of Milwaukee Film. “Her leadership, expertise, and passion for Milwaukee Film are second to none and she is exactly the marketing leader we need as we enter a pivotal tenth anniversary year. I also love that this is our second board member to resign from the board of directors to join the staff. I think that is a testament to the organization we are building at Milwaukee Film.”

“Milwaukee Film continues to establish itself as a major cultural institution in this city,” states Alec Fraser, Milwaukee Film board chair. “We are excited to add Sara to our team as chief marketing officer. Sara’s extensive national experience, together with the deep ties of our staff and growing board to the city’s academic and business communities, demonstrates not only the incredible growth of Milwaukee Film during its first decade, but also sets us up for success in the years to come as we expand our programming and reach in Milwaukee and throughout the film world.”

Milwaukee Film is a nonprofit arts organization dedicated to entertaining, educating, and engaging our community through cinematic experiences, with a vision to make Milwaukee a center for film culture. The organization is one of the largest of its kind in the country, with over 4,000 members and 84,000 festival attendees. Milwaukee Film recently launched the Milwaukee Filmmaker Alliance and will begin operating a year-round cinema in the summer of 2018. The 10th Annual Milwaukee Film Festival will take place from October 18 – November 1, 2018. For more information, visit us online at mkefilm.org.