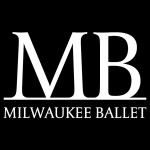 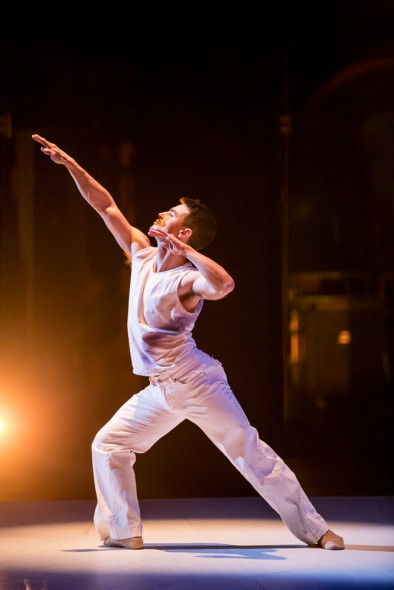 Following his performance in ALICE (in wonderland) in May, Leading Artist Marc Petrocci will retire from his dance career after 13 seasons with Milwaukee Ballet. Petrocci will join wife Courtney Kramer Petrocci in Northern Illinois for new career opportunities, while pursuing the completion of his degree in Economics at UW-Milwaukee.

“Milwaukee has been my home these past 13 years. During my tenure with Milwaukee Ballet, I have grown as an artist, athlete, and career professional. Investing myself completely as a leading artist has given me exposure to many facets of this Company, and this has helped inform my choices in my career transition,” Petrocci said.

Artistic Director Michael Pink applauded Petrocci’s depth of commitment to the Company, his exceptional artistry, and his appetite for learning about the inner workings of a ballet company. “Marc has been a wonderful role model for all the dancers. He has always advocated for studying whilst dancing to ensure that next step in a dancer’s professional career can provide security and fulfilment,”
said Pink.

“I have been spoiled doing what I love for my entire life. I do not know exactly what this next chapter will hold. Whether it will take me to Broadway or Europe, law school or the workforce. Having a college education gives me confidence to go into the world knowing that I have more to offer the world than just my dancing,” Gartell explained.

Valerie Harmon will join Smuin Ballet in San Francisco after 10 years with the Company. “Smuin performs a wide range of works that will be new to me, and they also have an extensive performance schedule that is different to my experiences here,” said Harmon. She will also continue her degree in Kinesiology in California.

“Valerie and Susan’s longevity with the Company is testament to the continuing strength and reputation of our MBII program. I am so grateful for the years they have dedicated to our Company and I wish them much success in the future,” said Pink.

After five seasons with Milwaukee Ballet, Leading Artist Alexandre Ferreira moves on to continue his pursuit of artistic excellence.

“Alexandre has grown and developed as a dancer and artist during his time here. I feel secure he has a very bright future,” said Pink.

“Most professional dancers aspire to work with several companies during their career,” added Pink. “I’m grateful that these dancers chose to spend so many years with Milwaukee Ballet, and I wish them all the best as they begin their next steps.”

The 2016-17 Season Roster also features two promotions. Timothy O’Donnell, with the Company since 2012, will be promoted to the role of Leading Artist in 2016-17. In addition to this role, O’Donnell will continue as Choreographer-in-Residence and create Sans Pleurer, a world premiere to be performed alongside La Sylphide.

Milwaukee Ballet II dancer Lizzie Tripp will join the Company. Tripp began her study with Milwaukee Ballet School & Academy at age 12, and has been dancing with MBII for two seasons.

Jonathan Batista, Leading Artist
Jonathan Batista began his training at The Local School for Dance in Brazil. In 2008, he was awarded a scholarship to study at England’s National Ballet School. Batista also attended The Royal Ballet School and performed at The Royal Opera House. Upon graduating in 2011, Batista joined Miami City Ballet, later the National Ballet of Canada and Boston Ballet. He also performed with the Cia de Ballet de Rio de Janerio. Batista was awarded 1st place at Danza America 2008 in Cordoba, Argentina for his performance of Don Quixote, and was a finalist at The Prix de Lausanne 2010. In 2013, he won 2nd place at The World Ballet Competition in Orlando, and has appeared in galas in South America, the United States and Canada. Batista comes to Milwaukee from Cincinnati Ballet, where he was as a soloist for their 2015-16 season.

Randy Crespo, Artist
Randy Crespo began dancing at the age of nine at The National Ballet School of Cuba in Havana, where he won 2nd place in 2009 at the International Competition of Ballet in Havana.  In 2009, Crespo joined The National Ballet of Cuba under the directorship of Alicia Alonso. During his five seasons with the company he performed in Swan Lake, Giselle, Don Quixote, Cinderella, The Sleeping Beauty, and The Nutcracker. In 2013, Crespo joined Cuban Classical Ballet of Miami where he performed many leading roles in Le Corsaire, Firebird, and Spector of the Rose. He later joined Ballet Arizona under the direction of Ib Anderson where he performed many classical ballets, contemporary works, Balanchine, and original works by Ib Andersen and Nayon lovino. His most memorable roles are Golden Idle in La Bayadere, Arabian pas de deux in The Nutcracker, Pas de trois in Swan Lake, Balanchine’s Four Temperaments, and Western Symphony.

Marie Harrison, Artist
Marie Harrison was born and raised in Hong Kong, where she began dancing at the age of five.  She attended Hong Kong Academy for Performing Arts (HKAPA), first in the Gifted Young Dancers Program, and then in the full time ballet program. She won the Hong Kong Open Dance Competition (Ballet) in 2007 and 2009.  In addition to roles performed at HKAPA, Harrison has also performed with the Hong Kong Ballet, including the China Tour of Swan Lake. She furthered her ballet training at Butler University, earning a BFA in ballet performance.  Harrison also toured Marek Cholewa’s Displacements in Slovakia.

Alexander Negron, Artist
Born and raised in Brooklyn, Alexander Negron discovered dance through Eliot Feld’s outreach program Ballet Tech at the of eight. After two years, he joined the School of American Ballet under the direction of Olga Kostritzky, and later Jock Soto. He also trained at New York City’s Ballet Academy East, and later San Francisco Ballet School where he was a trainee. Negron joined Oregon Ballet Theatre as an apprentice, where he performed works by George Balanchine, August Bournonville, Nacho Duato, and Nicolo Fonte, as well as full-length works such as Cinderella, Giselle, and Romeo & Juliet.

Lahna Vanderbush, Artist
Lahna Vanderbush was born in Nagoya, Japan and raised in Eugene, Oregon where she began her training at the Eugene Ballet Academy. She later finished her training at the San Francisco Ballet School under the direction of Gloria Govrin and Lola de Avila. She began her career in 2007 at the Alberta Ballet. In 2009, she guested with the Norwegian National Ballet and the Eugene Ballet, later joining Ballet San Jose (now known as Silicon Valley Ballet) where she performed various roles ranging from corps to principal. She has also danced in world premieres by Amy Seiwert and Yuri Zhukov, and performed with the San Jose Opera and Collage Dance Collective. Additionally, Vanderbush has toured Canada, United States, China, and Spain with the Alberta Ballet and Silicon Valley Ballet.

About Milwaukee Ballet
Founded in 1970, Milwaukee Ballet celebrates its 46th season as a staple of Milwaukee’s arts and culture scene. Under the leadership of Artistic Director Michael Pink, Milwaukee Ballet has become world-renowned for presenting both bold new interpretations of story ballets, and cutting-edge, evocative contemporary works. Milwaukee Ballet is the home to an international company of dancers and is one of only a few companies in the nation to maintain its own orchestra. Milwaukee Ballet School & Academy is the only professional dance school in the Midwest accredited by the National Association of Schools of Dance. Milwaukee Ballet’s award-winning Community Outreach Department serves more than 30,000 people in Southeastern Wisconsin through original, interactive programs.

Milwaukee Ballet Brings Dance into the Community Throughout July 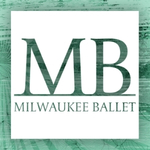