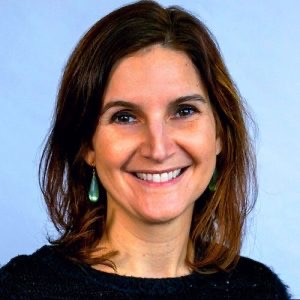 MILWAUKEE, WI – September 14, 2020 – The Milwaukee Press Club is pleased to announce that Corri Hess, reporter for Wisconsin Public Radio has been appointed president and will serve in that role for the next year. Hess was appointed effective with the membership’s ratification of annual elections to the club’s board of governors at its Annual Meeting on September 10.

Hess joined Wisconsin Public Radio in November 2018. She spent many years in print journalism writing for newspapers in North Carolina, Texas, and Wisconsin. For more than 10 years, she has reported in southeastern Wisconsin, writing for the Milwaukee Journal Sentinel, Milwaukee Magazine, the Kenosha News, and most recently BizTimes Milwaukee. Hess has won a number of awards from the Milwaukee Press Club, the Wisconsin Newspaper Association, and most recently, the Midwest Broadcast Journalists Association for her work with the Wisconsin Center for Investigative Journalism.

Also elected to the board were:
Officers:

Gene Mueller, Host of Wisconsin’s Morning News, Newsradio 620 WTMJ, will remain on the board as past-president.