He currently holds the distinction of being the longest-tenured public information officer among US medical schools. 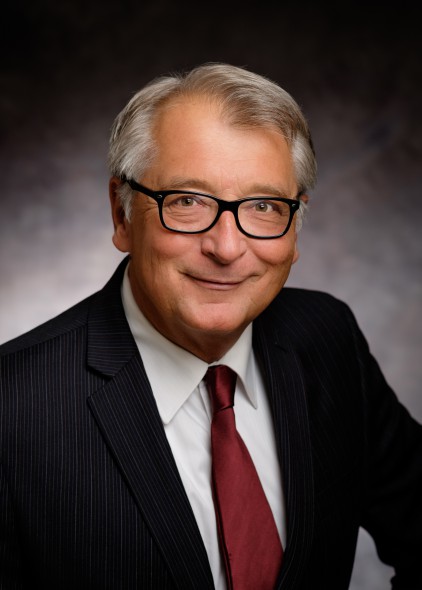 Richard Katschke. Photo courtesy of the Medical College of Wisconsin.

Richard Katschke has been named Chief Historian and Senior Vice President for Communications for the Medical College of Wisconsin (MCW). Katschke served as Associate Vice President of Public Affairs since 2002 after joining MCW in 1985 as Director of Public Affairs. He currently holds the distinction of being the longest-tenured public information officer among US medical schools.

In 2018, MCW will celebrate its 125 year anniversary as a Wisconsin cornerstone. In his new role, Katschke will leverage his 30-year relationship with MCW to compose a historical book, an oral history and a digital archive to reflect MCW’s legacy and to commemorate the milestone.

During his time at MCW, Katschke has led the development of the institution’s public website, created the consolidated special events division, enhanced MCW’s media relations and publications divisions, and established collaborative communications partnerships. He has coordinated all institutional policy statements, issues management and crisis communications, and directly served three MCW presidents. In 2015, he received MCW’s Distinguished Service Award, the highest faculty or staff honor, and is one of only four MCW staff members to receive the recognition.

Katschke has more than 40 years of experience in public relations, primarily in higher education and health care. Before joining MCW, Katschke held public relations positions with the University of Chicago Pritzker School of Medicine, Northeastern Illinois University, and Resurrection Medical Center, all in Chicago, and OSF St. Anthony Medical Center in Rockford, Illinois.

“Dick has shaped every aspect of communications during the past three decades of MCW’s growth. For more than 30 years, he has enhanced the visibility of MCW’s reputation, building the institution’s identity as a tremendous asset to the State of Wisconsin and a national leader in academic medicine,” said John R. Raymond, Sr., MD, President and CEO of MCW. “He is held in high esteem by faculty, staff, MCW partners, and the media for his integrity, honor and ethics.”

Katschke has received honors from the Council for the Advancement and Support of Education, the Association of American Medical Colleges, the Wisconsin Association for Biomedical Research and Education, and the International Association of Business Communicators. He has also taught public relations at Northeastern Illinois University, and has lectured at Marquette University.

He is a board member of the Sunset Playhouse in Elm Grove, is a past chairman of the research advocacy committee of the American Heart Association’s Wisconsin affiliate. He also has served as a board member of Milwaukee’s Skylight Music Theatre and the Milwaukee Chamber Theatre.

The Medical College of Wisconsin is the state’s only private medical school and health sciences graduate school.  Founded in 1893, it is dedicated to leadership and excellence in education, patient care, research and community engagement.  More than 1,200 students are enrolled in MCW’s medical school and graduate school programs in Milwaukee, and 26 medical students are enrolled at MCW-Green Bay.  A regional medical education campus is scheduled to open in Central Wisconsin in 2016.   MCW’s School of Pharmacy will open in 2017 or 2018 with an initial class size of 60 students.  A major national research center, MCW is the largest research institution in the Milwaukee metro area and second largest in Wisconsin.  In FY 2014-15, faculty received approximately $158 million in external support for research, teaching, training and related purposes, of which approximately $139 million is for research.  This total includes highly competitive research and training awards from the National Institutes of Health (NIH).  Annually, MCW faculty direct or collaborate on more than 3,200 research studies, including clinical trials. Additionally, more than 1,500 physicians provide care in virtually every specialty of medicine for more than 525,000 patients annually.